Keep in mind that the only year I’ve successfully predicted the winner was the inaugural ceremony, when it went to Final Fantasy (which everyone else thought was a dark horse). Since then, however, the closest I’ve come to betting-pool success is thinking Caribou had a good shot for Andorra (he won), though even then I thought it would go to the Weakerthans. So make of all that what you will.

I’ve said it before: this year’s shortlist is the most satisfying to me, and I’ll be happy if anyone but Hey Rosetta takes home the prize. And among the substitutions I’ve been advocating for all week, there’s really only two or three that I think should be on the shortlist in place of something that’s already there.

Hats off to Steve Jordan, Liisa Ladouceur and everyone else who puts the prize together, and I’m very sad that I’m going to have to miss this year’s gala (though I have a pretty fun, once-in-a-lifetime excuse).

With that, here’s the final installment. 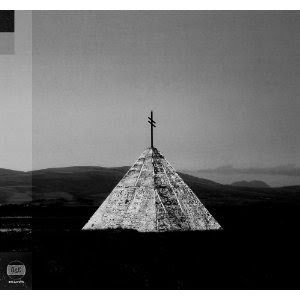 Timber Timbre – Creep On Creeping On (Arts and Crafts)

The album: Oh, Taylor Kirk of Timber Timbre is creepy, all right. But when you’re going for a certain mood and trying to create genuine tension, does it help to give your album such a campy title? Worse yet, write that phrase into the chorus of the title track? For some, Kirk is moving into schtick territory with this, his fourth album of David Lynch-ian, ’50s nightmare flashbacks and backwoods weirdness. For many more, however, Kirk continues to step up his game, to inherit his Elvis-in-hell persona, and to inject more cinematic terror into his tunes.

He did most of this better on his last album, 2009’s self-titled release, but that’s not the point here. This is his first record made after touring with a band, which makes the music sound considerably more confident and gives it a certain strut; in particular, violinist Mika Posen (Forest City Lovers) provides essential textures, what David Dacks calls “Nelson Riddle meets Stravinsky” in his excellent Exclaim piece on the band.

The album is split between actual songs and cinematic interludes; the latter are often more effective at creating bonafide creepiness. That’s in part because they’re so well-constructed, but it’s also because Kirk’s lyrics and delivery are at times too self-conscious.

Take, for example, his deadpan delivery in “Lonesome Hunter”: “What did that bad man put in you? Did those wrong kids cross a line? I’m afraid I’ll never understand, baby, and I’m so sorry you had such a bad time. Well, I’ve done some truly awful things. And you must be very terrified. You have every reason to be frightened, since you’ve been reading my mind.” It’s not like those lyrics are inherently awful, the way they’re delivered here, I’m not buying them.

Musically, it’s hard to fault anything on this album, other than the moment when the title track segues into "Black Water" using the same key and same tempo and featuring the same plinky-piano eighth notes. Opener “Bad Ritual” is perhaps Kirk’s finest recorded moment, setting his ghoulish atmosphere to a groove he admits he ripped off the RZA; before now, you’d never have guessed Timber Timbre could be funky.

The chances: Fair. Could be a compromise candidate. And Polaris owes Timber Timbre something, after the 2009 album failed to make that year’s shortlist and yet won Eye Weekly’s cross-Canada critics’ poll that year—making one wonder how it could top a national poll and yet not make the top 10 in a process featuring those same journalists. One has to assume they were all Johnny-come-latelies and didn’t hear the album until its rerelease on Arts and Crafts.

More importantly, as Aaron Brophy accurately argues in Maclean’s, Timber Timbre and Austra will split the goth-y witch/warlock vote, so maybe it doesn’t really have any chance at all. 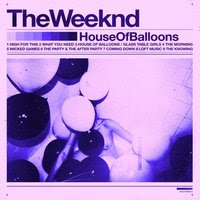 The Weeknd – House of Balloons (independent)

The album: Unlike any other album ever shortlisted for the Polaris, House of Balloons takes place after a night in clubland, when the drugs come out in a room full of glass tables, you leave those pussy-ass niggas behind and the time for subtle come-ons is long over. Those girls over there, with the Louis V. bags, tats on their arms, and high-heeld shoes makin’ them six feet tall? They’re all hos, here to help fuck away the pain lying beneath ever lurid Lothario: “Bring your love, baby, I can bring my shame.”

“Trust me girl, you want to be high for this,” goes the opening track. By the time it’s over, you’ll feel like Tom Cruise at the end of Eyes Wide Shut—not because you’ve just been on an all-night bender at a sex party, but because you just saw a film that looked fantastic, but was patently ridiculous.

Picking out the stupidest lyrics on House of Balloons is a bit of a turkey shoot. But it sure is fun: “I’m on that shit you can’t smell, baby, so put down your perfume.” “Got the walls kicking like they’re six months pregnant.” Or, the one that makes me laugh out loud, a dead-serious lyric in the middle of a so-called seduction: “What you doing in the baffroom? I hear noises in the baffroom!”

Could an album that uses the word “baffroom” really win the Polaris? Absolutely. That’s because lyrics aside—and that’s a big aside—House of Balloons is more than intoxicating from a sonic standpoint: this is a modern, post-R. Kelly R&B record, complete with AutoTune and plenty of quivering falsetto, and yet it’s often set to unnerving, abstract beats, ghostly textures, the weirdest moments of Massive Attack or Prince’s Black Album, and electronic sounds usually only favoured by reclusive post-industrial sound artists from Finland.

Abel Tesfaye, the 21-year-old University of Toronto student who’s been playing hard to get with all media ever since he posted this album as a free download (don’t expect him to show up at the gala), manages to take all those influences and create something magical, mysterious and stunning. Those lyrics? You actually don’t notice them at all unless you’re listening closely, because Tesfaye has a strong soul voice—he doesn’t need that AutoTune, it’s employed as a disembodying effect—that could make just about anything sound sweet and seductive. Which means that “The Morning” is the most beautiful, tender song you’ve ever heard about a “house full of hoes that specialize in hoe-in’.”

The chances: Strong. By bridging pop music and avant-garde production with modern soul, there’s nothing else on the list that sounds like this, and it stands alone in modern R&B—for starters, its miles ahead of other supposed game-changers like Kanye West’s 808 and Heartbreak. And if all the indie rockers in the jury room start fighting each other, this could come straight up the middle. 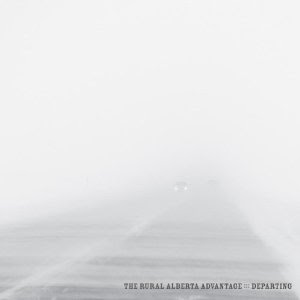 The Rural Alberta Advantage is by no means a political band, but they are certainly an economical one. There is no dead weight in this trio, not a note out of place in these 10 songs delivered in 32 minutes, and there is plenty of space surrounding the succinct melodies of frontman Nils Edenloff. Departing delivers considerable improvements from the band’s promising debut, with drummer Paul Banwatt (also of Woodhands) punctuating every song with propulsive, syncopated beats that set the group far apart from its influences or peers; multi-instrumentalist Amy Cole not only softens Edenloff’s nasal tenor, but her additional percussion and keyboards add subtle but extremely effective texture. Edenloff plays guitar, but never as a crutch; for an indie-rock trio, it’s to their credit that the guitar is the least important instrument here.

If there’s a flaw here, it’s that Edenloff’s voice is a bit too thin to sell the songs, and he pushes it to its limits—but then again, a more proficient belter might make this too bombastic. It would be almost too easy to transform these songs into Arcade Fire anthems, but Rural Alberta Advantage are content to carve out their own niche. And you can take that to the bank.

Why it didn’t make the shortlist: That’s a total mystery, other than that the indie-rock vote is pretty widely split. I figured it would be a shoo-in, although the nasal vocals are a stumbling block for many. 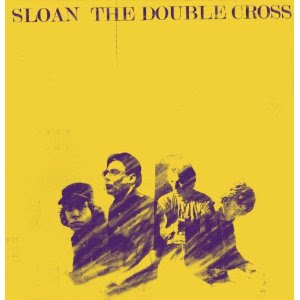 Sloan – The Double Cross (Outside)

The album:
(poached from my May 2011 review. Apologies for the plagiarism, it’s a very busy week.)

For a band that has always prided itself on being a four-way democracy, there have always been albums where someone isn’t pulling their weight. This is not one of them: every member brings their best game to the table, not just individually—they’ve had a tendency to retreat to their silos in the past—but together, as on the Chris Murphy/Andrew Scott song “She’s Slowing Down Again,” or the way some songs cross-pollinate, inserting a chorus of one into the coda of another. Jay Ferguson, the most consistent Sloan songwriter of the last decade, once again scores the album’s sweetest spots (notably “Green Gardens Cold Montreal,” an acoustic gem), and Patrick Pentland’s rockers sound much more inspired here than he has lately.

If anniversaries are a moment for self-examination, this band’s 20th proved to be a rallying point to give them a raison d’etre. There’s no point sitting around and waiting for radio royalties and festival paycheques to roll in, and so The Double Cross sounds like they’re proving something to themselves as much as their fairweather fans. There isn’t a wasted moment in any of these 12 songs: it’s the sound of a band that is still very much alive and fighting, not resting on a recorded legacy but continuing to make it.

Why it didn’t make the shortlist: The Double Cross came out in May, right before the June deadline, so jurors didn’t get to spend their summer beer bashes letting it soak in. But the more obvious reason is jurors taking geezers for granted (although, hello, Ron Sexsmith), and Sloan certainly played up said status by talking up their 20th anniversary in all the press for the album. (The album title is a Roman numeral joke.) No matter how much our collective youth may have been informed by the likes of Sloan, The Tragically Hip, Blue Rodeo or other CanRock icons, it’s unlikely any of their new records will ever sneak onto a shortlist.

Posted by mmmbarclay at 6:31 PM