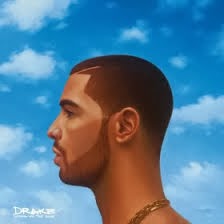 A few weeks ago I saw Junot Diaz tell a New York City audience that one can only write to one’s own experience. There’s no point in trying to water down your story or tailor it to a larger (read: white, non-Dominican) audience, he said: if you can speak to the specific, you automatically speak to the universal.
As much as I love Diaz as a writer and a thinker, and as much as I agree with him in principle, thinking of how much literature, music and film has illuminated various corners of the world and my own country to me, I couldn't help but think of Drake.

I don’t begrudge Drake his success; many of my favourite musicians are millionaires, and still made great art after their success. (Few, however, spend all their time singing about it.) I don’t begrudge Drake his TV star background; we’re all capable of reinvention, and great art doesn’t inherently belong to the underdogs. And I’m (somewhat) mature enough to understand that someone who, to me, seems resolutely devoid of talent and charisma (and basic rhyme skills) can become the most fascinating pop star on the planet for millions of people.
No, what bothers me about Drake is that he himself consistently sounds bored, both in tone and in verse—and when the sole subject of every song is himself, that’s saying something. It’s one thing to stare at your navel; it’s another to write a pop record about how awesome it is to stare at said navel. There are some things, Mr. Diaz, that are just a bit too specific. And I say that as someone that should be thrilled that—on an international hit record—Drake raps about “all the pretty girls” are from Markham Road and 401, which is a few blocks from the Scarborough church where I was baptized. Thanks for the specificity: now tell me something interesting instead.

Nothing Was the Same opens with the lyric, “Comin’ off the last record, I’m getting’ 20 million off the record”—which, Gilded Age braggadocio aside, is kind of like beginning your new album with: “Anyway, I was saying…” The fact the song in question is named after a Tom Ford designer cologne (Tuscan Leather) just makes it all the more ridiculously loathsome.
On his two-million-selling 2011 album Take Care, many found it fascinating how Drake was able to simultaneously celebrate and disdain celebrity culture and material gain, as if we’re all so drunk on reality television that this passes for deep. Now, he says, “I want to take it deeper than money, pussy, vacation; and influence a generation that’s lacking in patience.” Deep? The poor sop is still flapping around the wading pool and thinks he’s in the ocean. He hands his detractors more than enough rope to hang him out to dry. In his own words: "Look, just understand that I'm on a roll like Cottonelle / I was made for all of this shit."

To his credit, Nothing Was the Same contains far fewer unintentionally hilarious zingers as Take Care; he’s maturing, ever so slightly, and his flow isn’t as tone-deaf as before. That said, he still tries to pull off clunky junk like this: “She just want to run over my feelings like she’s drinking and driving in an 18-wheeler / and I’d allow her / talk about pussy power.”

If his flow is slightly better and his singing less embarrassing, his music falls almost completely flat, despite the fact he’s still working with Noah “40” Shebib, the sonic architect and sole redeeming feature of Take Care; Chilly Gonzales tickles ivories throughout, to no avail. Even though the wildly ambitious (and contentious) Marvin’s Room was a centrepiece of Take Care, nothing remotely similar is attempted here. Grasps at atmosphere or majesty go nowhere; he only really succeeds when he strips it down on "Started From the Bottom" and "Hold On We’re Going Home."

For a guy with such huge cultural capital and A-list peers begging to work with him, it’s nothing short of a miracle how Drake turned up with a colossal dud.
Though once again, as always when discussing Drake, I feel like Jonathan Franzen muttering to himself, cursing the existence Twitter in a party where everyone’s standing around looking at their own phones and laughing.Clearly I’m missing out.

Download: “Started From the Bottom,” “From Time,” “Hold On We’re Going Home”

The Weeknd just hit Monday morning. Party’s over, folks: and what exactly happened over the last 72 hours, anyway?

The Weeknd went from zeroes to heroes on the basis of a free album download, 2011’s House of Balloons, followed by two more almost as engaging and mysterious modern R&B albums released the same way (they were compiled on 2012’s Trilogy, The Weeknd’s first major label release). Singer Abel Tesfaye’s vocals garnered not-unfair comparisons to Michael Jackson; the music underneath was haunting, dark and occasionally downright creepy (as were the lyrics).

And now: Kiss Land? Really? Tesfaye admits he chose the title most likely to confound expectations. Mission accomplished. What he didn’t do, unfortunately, is find a way to develop his sound. It’s more of the same, with less of everything: Kiss Land is remarkably muted and impotent, almost timid, its few naughty words an almost comical attempt to prove he’s still tough (the title track being the worst example).

Trilogy producers Doc McKinney and Illangelo are nowhere to be seen, which might explain why not even Tesfaye’s voice can elevate this incredibly pedestrian material. The best tracks here sound like third-rate Tricky.
After the initial Trilogy, this is clearly The Phantom Menace.
Download: “Wanderlust,” “Professional,” “Love in the Sky”

If The Weeknd and Drake are dropping their balls, the producer behind their Grammy-winning collaborative track "Crew Love" has gone in a whole other direction. More than anything, it makes it clear who the innovative genius was in The Weeknd: voice Abel Tesfaye was the soul and Doc McKinney (formerly of Esthero) was the pop architect, leaving Illangelo to come up with all the next-level sonic wizardry.

History of Man sounds nothing like The Weeknd. It is not an R&B record, nor is it an EDM record. It’s ostensibly based on Milton’s Paradise Lost, which is hard to ascertain for an instrumental album. It is, however, compelling cinematic electro, drawing equally from ’70s German avant-garde, ’90s British electronic and post-Timbaland hip-hop. Illangelo doesn’t need MCs or singers to sully the atmosphere he conjures here; every slowly evolving track, whether ambient or punctuated by off-kilter beats, has its own sonic narrative. Outside of Caribou, I’m hard pressed to think of another Canadian electronic artist in recent years who’s crafted a consistently strong album-length work.

We’ll see how The Weeknd is still faring in a few years’ time, but I can guarantee Illangelo has a few more tricks up his sleeve.

Posted by mmmbarclay at 6:17 PM

Email ThisBlogThis!Share to TwitterShare to FacebookShare to Pinterest
Labels: Drake, Illangelo, The Weeknd