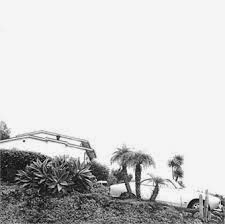 Timber Timbre frontman Taylor Kirk checked into Heartbreak Hotel, and he never left. The more he discovered how haunted it really is, the more he liked it. On this, his fifth album, he still drenches his voice in rockabilly reverb and peers into every dark corner he can find, using blues, ’50s lounge crooner music, ’60s spaghetti Western soundtracks (you can almost hear the clip-clop of trotting horses on the opening track, “Beat the Drum Slowly)) and sheets of spooky-ass noise of indecipherable origin. Organs wheeze, pianos grown, lecherous saxophones beckon, string sections weep and sing. All the while, as always, one can’t help but picture Harry Dean Stanton imbuing Roy Orbison songs with eternal dread in David Lynch’s Blue Velvet—especially when Kirk calls in female backing singers to sing what Kelly Hogan calls “Roddenberries” (vocals that sound like the Star Trek theme song) over a bolero beat. Doom is always either imminent or has already wreaked its havoc, leaving desolate survivors to wade through the wreckage.

Sound like a good time? No, of course not. But everyone loves a good creep: just ask the creators of The Walking Dead, or Breaking Bad; the latter has used Timber Timbre’s music in the past. Kirk runs the risk of camp, which he fell into far too often on his last album, where the lyrics tried too hard to create the sense of dread that the music did naturally. He’s more careful this time out, although there’s the occasional clunker—like when he opens a song by declaring, “I want to dance with a black woman.”

If Kirk’s songwriting is neither here nor there (there’s an odd melodic nod to “Rivers of Babylon” on the track “Grand Canyon”), he and his band continue to improve as arrangers: there’s a strong influence of dub reggae, psychedelia and RZA-style hip-hop production that leaves plenty of space for ghostly textures, and sets them far apart from other rootsy retro acts who think reverb and a Farfisa organ are convenient crutches to create mood. Guest performer (for the third album in a row now) Colin Stetson on saxophone is also a welcome presence.

Timber Timbre has a shtick, and Taylor Kirk is sticking to it. It’s not only working for him, but he keeps getting better at it.