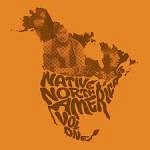 It says something about the arrogance of youth that the current wave of Aboriginal activism, however noble and inspiring it is, calls itself #IdleNoMore. There’s a built-in assumption there: that previous generations were sitting on their hands. A cursory study of history will reveal dozens of strong Aboriginal leaders, writers, filmmakers. But music? You can almost forgive the oversight. When pressed, even the biggest fan of Canadian music before 2010 might be able to identify only Buffy Sainte-Marie, Kashtin and Robbie Robertson as Aboriginal artists (and the latter only rediscovered his Aboriginal roots rather late in life).

The fact that Tanya Tagaq and A Tribe Called Red are now crossing over to larger audiences both here in Canada and abroad is incredible and long overdue. But they didn’t come out of nowhere. There’s been an explosion of Native rap in the last 10 years, and, not surprisingly, the blues has always been a genre of choice for many Aboriginal musicians.

But there’s a secret history of Aboriginal music in this country, one that existed only on rare recordings, some commissioned by the CBC and that never left local radio libraries. There, we find powerful singer-songwriters with scathing political lyrics, raucous Inuit garage bands who sound like a missing link between CCR and ’90s indie rock, psychedelic folkies, and the sound of an entire generation emerging from the residential school system and reconnecting with their stolen culture through the rock, country and folk sounds of the 1960s and ’70s. It’s powerful and haunting, and it’s been hidden too long.

It’s here now, on this meticulously researched two-disc compilation, which introduces us to Natives from every corner of Canada (and one from Alaska). Native North America was compiled by Kevin Howes, a.k.a. DJ Sipreano, whose previous claim to fame was assembling the equally revelatory and incredible Jamaica to Toronto album and associated recordings, also released by Light in the Attic; he was also a researcher on the Rodriguez reissues, which sparked the Oscar-winning documentary Searching for Sugar Man.

Native North America exposes us to musicians caught in the revolutionary tide of the late ’60s, not just musically and socially but politically: this was also the time of the federal government’s White Paper and the Aboriginal response, the Red Paper, both of which wanted to reform the antiquated Indian Act; it was a time post-1967 when Canada was alive with conversations about what it was, what it is and what it could be; it was a time when Red Power and Wounded Knee sparked a new wave of Native resistance in the U.S. Many of the stories here are intrinsically linked with the Aboriginal Canadian experience—but they are also universally resonant. Willie Dunn’s “I Pity the Country” could have been sung by anyone living in the margins of a dominant white culture: “Small are the lives of cheats and of liars / Of bigoted newspapers, fascist town criers … Government is bumbling / revolution is rumbling / to be ruled in impunity is tradition continuity.”

Some of these musicians sang in their own languages while adapting traditional music into contemporary styles; some were as serious as songwriters as Neil Young or Townes Van Zant; some just wanted to rock out at the local community hall. In the case of Inuit bands like Sugluk or Sikumiuit, they’d have to charter a plane to play a gig in neighbouring towns. All of them made the most out of the few opportunities they had, in communities more remote than most people buying this album can possibly imagine. If you wanted to make this kind of music in the middle of nowhere, it required more than a modicum of dedication. This was for true believers only.

You’re unlikely to recognize any of these names: maybe Lloyd Cheechoo, maybe the late Willie Dunn (who was also a filmmaker and a federal NDP candidate). But Bruce Cockburn produced a track here by Shingoose and Duke Redbird. Florent Vallant of Kashtin shows up here backing up Innu folk pioneer Phillippe McKenzie in the Groupe Folklorique Montagnais. Moose Factory’s Lawrence Martin continued to have a moderately successful career into the ’90s, winning a Juno along the way. The Chieftones, a.k.a. Canada’s All-Indian Band, were stereotyped as a novelty band, but they managed to record and tour in the U.S., and once opened for the Beach Boys at Madison Square Gardens. Willie Thrasher, who grew up in the most northwesternly area of the Northwest Territories, toured all across Canada, recorded an album in Ottawa in 1980 on the CBC’s dime, and is now a professionally licensed busker in Nanaimo.

Music gave many of these men—and they are all men, there’s nary a Buffy Sainte-Marie acolyte in sight, sadly—a therapeutic outlet. Many continue to perform and record as hobbyists. Some others weren’t so lucky: one member of Sikumiuit is currently living on the streets in Montreal, struggling with addiction and estranged from his former bandmates. These are not ancient tales; this is living history. And there aren’t always happy endings.

The booklet is almost half the reason this collection is indispensible, but you don’t even need to know any of the stories behind the music to recognize the beauty of the music here. These aren’t amateurish, anthropological field recordings. These are seriously great musicians who are more than ready for those fleeting moments of studio time they can afford, time that manages to captures the talent and soul and spirit of everyone involved. Some artists stand taller than others, of course: the authority and depth conveyed in the voices of Willie Dunn or David Campbell or Morley Loon is undeniably rich. Others, like Gordon Dick or John Angaiak or Willy Mitchell, sound like simple men with real stories to tell, and they’re pouring out everything they have into these miniature moments.

Native North America is an album that every serious music lover—and any Canadian history buff—needs to hear. Most music geeks fetishize music from obscure corners of the world, but this is our music, our history, our people—whether we knew it then or we knew it yesterday, now there’s no excuse. Best of all, it’s not just an important album that’s easy to embrace with well-intentioned earnesty: the music is even stronger than the story. It’s music that should be part of our national fabric.

Posted by mmmbarclay at 9:37 PM