The 10th Polaris Music Prize gala is a week tonight, Sept. 21, at the Carlu in Toronto, where 11 jurors locked in a room will decide which one of these 10 artists will get $50,000 and a gig with the Toronto Symphony Orchestra in 2016. All other nominees receive $3,000.

To some degree, every other album on this year’s Polaris short list could be construed as a surprise—but not this one. From the moment it was released in July 2014—a full year after it was finished, while the band looked for the right label and built reams of positive press—Alvvays had Canada’s critics in the palm of their hand. It’s easy to see why. Molly Rankin writes lovely pop melodies of lost innocence and what she terms “Adult Diversion,” and then buries them in the mix alongside fuzzy and jangly guitars that strike a chord with anyone who ever loved early R.E.M., Blake Babies, or anything on K Records. The album was produced by mad genius Chad Van Gaalen, who specializes in lo-fi sonics. Alvvays sound fantastic if you’re in your teens or 20s, caught between worlds, struggling to articulate heartbreak and longing, taking long walks along the rocks and writing your names on overpasses.

And yet—this record drives me nuts. I love Rankin’s lyrics and her melodies, but something about her vocal tone here is like nails on chalkboard for me. What’s frustrating is that I sense she’s a much better singer than we’re witnessing here; maybe she suffers from Plaskett-itis, writing melodies just slightly out of her range. Then there’s Van Gaalen’s production: I love the way his own records sound, like they could fall apart at any minute; I love his guitar tones, his electronic shadings, his fragile voice. Sadly, this Alvvays record doesn’t sound anything like a Van Gaalen record: it’s a trebly blur that suggests he merely set up microphones outside their rehearsal hall.

That said, it’s impossible to deny the melodic and lyrical punch of the opening lines of “Archie, Marry Me”: “You’ve expressed explicitly your contempt for matrimony / You’ve student loans to pay and will not risk the alimony.” And the opening guitar riff of “Party Police” makes me… feel things. But I feel like everything about this record doesn’t do this band any justice.

Strong. I feel like the only critic in Canada who didn’t adore this record; surely it will have more than a few fans in the jury room. Were it to win, it would be the first time a so-called “indie rock” record—by which I mean a record that actually sounds like what the term “indie rock” was understood to signify back in the 1990s (hello, Velocity Girl!)—will have won the Polaris. CBC Radio 3 and Indie88 listeners will rejoice.

It’s only a matter of time before an instrumental hip-hop band hooks up with an MC and finally get the attention they deserve. The Toronto jazzbos had done various collaborations before, but mostly live—not on their own albums. Ghostface Killah, of course, is from the legendary Wu-Tang Clan: a once-revolutionary group, now a heritage act whose debut is almost 25 years old, with a collective discography that’s far too vast for most fans to keep up with. That said, Ghostface’s name undoubtedly still carries weight (witness the recent beef with Action Bronson). This album was recorded before BBNG’s far-superior (and fully instrumental) third album (titled, um, III), and goes some way to explain the giant leap they made after their second album: far more confident, far more dexterous, far more textural and subtle. In other words, why Sour Soul is getting significantly more attention than III did is due entirely to Ghostface, even though he’s largely incidental to this album: he played no role in the genesis of the tracks, recorded his vocals remotely, and doesn’t really gel—Danny Brown and Doom prove to be more interesting in their brief cameos than Ghostface does on most of the record. This would be as good or better an album without him. He does, however, leave us wondering what he means by: “With the strength of 10 midgets, Ima murder you, son!”

Good. The music here stands to appeal to any curious music fan: this is not just a hip-hop album, but one that draws heavily from jazz, soundtracks and psychedelic rock. Ghostface will make or break jurors’ impression of the record: is he an asset or a distraction?

The album: If you only listen to one collaboration between a string quartet and a hip-hop DJ this year—this is the one. My review from May:

This young Toronto string quartet commissioned four composers to write new pieces for them, which they recorded and then handed over to turntablist Skratch Bastid (Buck 65, Shad) to remix; the musicians then went back to the composers to add more material responding to the remix, furthering the musical conversation.  The idea seems like it’s better suited for an arts grant proposal than a record you’d actually want to listen to. But this works. The composers and the players here aren’t looking to write music for the 18th century: this is modern work for modern players, whose occasionally percussive style suits the transformation to hip-hop perfectly.  String quartets have an inherently nimble nature that all small ensembles do, which makes their work easier to isolate and pull apart—especially if you’re doing so with their complete participation. Skratch Bastid will take an eight-bar riff and loop it, then take the violin line and make it sing in new ways via pitch shifting, while bringing in sampled drums and keyboards and anything else he likes.  Obviously the remixes are the real draw here, but the original works—by Dinuk Wijeratne, Laura Silberberg, Rob Teehan and Kevin Lau—stand entirely on their own merit, and not just as remix fodder. It’s there that Afiara shows off their subtle and dynamic side, where they prove that they’re not just brash players who secretly want to be in a rock band. Not that there’s anything wrong with that.  For such an oil-and-water experiment, there is some serious emulsification happening here.

Why it didn’t even make the long list: Classical music. Also: May release date (Polaris cutoff is June 1). 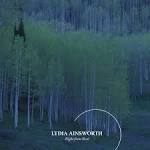 My review from January:

Ainsworth is straight from the lineage of (obvious yet inevitable comparisons) Kate Bush, Bjork, Fever Ray and Grimes: a classically trained cellist who scores films and draws as much inspiration from visual art and dream states as she does music. Indeed, she says she wants her music to feel like “shivers caused from a lucid dream.” Mission accomplished. Ainsworth’s layered cello and electronics are entrancing; her voice is conventionally beautiful; her songs unconventionally arranged, tripping over time signatures and easily melding textures both natural and otherworldly with strong melodies tying everything together. Ainsworth has a good home on Montreal’s Arbutus Records—home of Grimes, Blue Hawaii, Braids and other wonderful weirdos. But comparisons and compatriots are not even necessary when she’s made a debut album as strong as this.

You’d think this would be prime Polaris bait, being somewhere between Austra, Jessy Lanza and Owen Pallett. Votes went to Braids, Jennifer Castle or Caribou instead. But bet on seeing her on plenty of future Polaris lists.
Posted by mmmbarclay at 3:58 PM