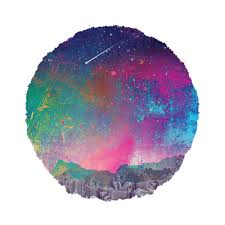 The following reviews ran in the Waterloo Record in April. Posting these a bit late.

Well worth your while: Colin Stetson, Venetian Snares, Tim Hecker, Danny Michel (one of those is not at all like the others)

Streaming is great for sample purposes, but please support your favourite artists financially.

Montreal guy plays piano in his apartment. That’s pretty much it. (April 7)

New records by the beloved PJ Harvey are a rarity. So when lead single “The Community of Hope” first appeared online, its approachable guitar pop reminiscent of Harvey’s 2000 commercial breakthrough Stories From the City Stories From the Sea, expectations were high, especially after the difficult listening (though award-winning) Let England Shake in 2011, an album largely about the First World War. Yet all that quickly dissipated after the story behind the single unravelled: the lyrics are taken almost verbatim from a Washington Post reporter who took Harvey on a cab ride around a derelict neighbourhood in his city, and residents were none too happy about the bleak portrait painted by Harvey, who didn’t bother talking to any of them. One early review said, correctly, that the song is “literally poverty tourism.” Closing track “Dollar Dollar” only reinforces that concept, with sounds from a Third World street scene underpinning Harvey’s lyrics about ignoring a street beggar.

The rest of The Hope Six Demolition Project doesn’t fare much better, lyrically. For an artist who once excelled at imagistic poetry, there’s a lot of mundane reportage: “I saw some Arabic graffiti”; “I saw a woman eat something unhealthy” (not actual quotes, but close). One song attempts to spin a chorus out of the endlessly repeated phrase, “Near the Memorials to Vietnam and Lincoln.”

It’s distracting. Thankfully, the music fares much better. Harvey is in a buoyant mood, her guitars are front and centre, and she whips out her saxophone whenever she sees fit. The louder the track, the more likely she is to explore her somewhat creepy upper register. Her all-man band provides a backing choir when necessary. Long-time collaborator John Parish is, as always, a key component of the sound.

Were it not for the lyrics, this would easily be the best PJ Harvey record in at least 12 years. (April 21)

The clouds have parted in Tim Hecker’s sonic world. The Montreal ambient musician has built a career on strangely captivating sound of largely indeterminate origin. Since Ravedeath 1972, five years ago, he’s been playing a pipe organ found in an Icelandic church, and then digitally deconstructing his performance. On Love Streams, he’s back at the church and employing woodwinds and a local choir, with results that sound typically—well, glacial, to use a geographically obvious descriptor for such mysterious, slow-moving music.

Provocatively, Hecker bills this new music as “liturgical aesthetics after Yeezus.” Weird thing is, he’s not entirely off the mark. Tracks like “Voice Crack” and “Black Phase” feature a choir singing what seem like medieval dirges while crackling, distorted sounds seize control of the melody.

Love Streams also finds Hecker making clearer distinctions in his sonic choices, with sounds that obviously stem from somewhat recognizable synth sounds, as opposed to shifting washes of sound. The result is downright lively compared to the bulk of Hecker’s output; it’s certainly the most human. (April 7)

Khruangbin – The Universe Smiles Upon You (Night Time Stories)

This instrumental trio came out of nowhere—specifically Burton, Texas, a one-stoplight town between Austin and Houston—with an intoxicating mix of Motown grooves, jazzy guitar leads and psychedelic textures, with an ear open to Thai, Ethiopian, French and gospel music. Everyone’s playing here is masterful and gorgeous; it might make you feel hazy and lazy, but there’s nothing lazy about the musicianship at work here. The album was recorded in a barn, and you can easily visualize the big Texas skies influencing the vibe—this is music for cloud-gazing and starwatching, or, you know, any other time The Universe Smiles Upon You. (April 7)

Potvin started her career as a Colin Linden-endorsed guitar slinger with a seriously soulful side. She’s still all those things, of course, but she’s taken a serious left turn on For Dreaming after becoming enchanted with the intimacy and songcraft of Afie Jurvanen’s recordings as Bahamas. That band’s Christine Bougie joins Potvin here, but despite having two guitar wizards in the same room, For Dreaming is very much a subdued folk-pop record, recorded largely in Potvin’s living room, with lovely little moments and subtle touches. Lyrically, Potvin oscillates between outright cheese (“Love makes us want to help each other out!”) and kind of sweet (“You still smile when I kiss you in your sleep”). It’d be nice to hear some of her former fireworks, which are hinted at on “Figuring It Out,” but she sounds more than comfortable in this new skin. (April 21)

Stream: “Figuring It Out,” “Prairie Sunrise,” “I Wouldn’t Tell You That”

The last time we heard from Waterloo favourite Danny Michel, on perhaps the most acclaimed album of his career, Black Birds Are Dancing Over Me, he was performing with the percussion-heavy Central American band Garifuna Collective, from Belize. It was his Paul Simon moment, and it worked. Now he’s back recording in Canada on his own, but the sunny ways are still evident in every groove here, on his 10th album. “I had a dream that I stole the maps / erased the borders and that was that,” he sings on the sure-to-be hippie anthem “Click Click,” which also asks, “Are you too cool for love?” Michel is too old now to care about being cool, and more power to him. Not an ounce of his talent or curiosity or songwriting has faded in the least. “These are the good old days,” he sings. Doesn’t sound like they’re coming to an end any time soon. (April 21) 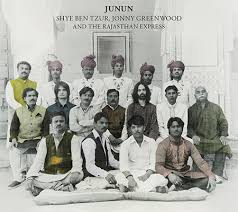 Going to take a wild guess here that of the three names to whom this album is credited, Radiohead’s Jonny Greenwood is the only one that stands out to you. His contribution to this collaboration is the least audible, but, from a marketing standpoint, it’s certainly obvious why he would get equal billing with the Israeli composer and the Indian ensemble who play Sufi devotional music. Tzur has lived in India for years, and writes in Hindi, Urdu and his native Hebrew. The Rajasthan Express is a large band with full brass and percussion. The music on Junjun blurs lines between Indian and Arabic music, between modern and traditional (there’s a heavy Brian Eno influence on many pieces, presumably Greenwood’s doing), between the meditational and the ecstatic (some of the brass and percussion arrangements here wouldn’t sound out of place in New Orleans). There’s an acclaimed, accompanying documentary by P.T. Anderson, for whom Greenwood is the soundtrack composer of choice (The Master, There Will Be Blood), but you don’t need to know the story to be moved by this powerful music. (April 21) 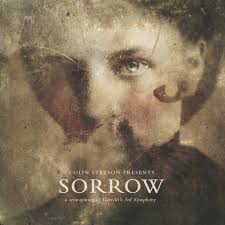 How many rock bands set out to cover Dark Side of the Moon? How many jazz artists cover Kind of Blue? That takes a certain amount of chutzpah.

As does this move by Colin Stetson, the superhuman saxophonist of the avant-garde, in which he tackles the only modern classical composition to sell a million copies while its composer was still alive (he died in 2010). Symphony No. 3 was written in 1977 and made famous by a 1992 Nonesuch recording by the London Sinfonietta, ruling the classical charts for years. Hearing it was a revelatory experience for the young Stetson, and after his New History of Warfare trilogy snapped up spots on Polaris Prize shortlists and introduced large audiences to the concept of circular breathing and Philip Glass minimalism applied to solo saxophone performance, he felt he was up for this challenge.

Adapting it to a small ensemble—three winds, three strings (including his partner, Sarah Neufeld), two guitarists, two keyboards, drums and mezzo-soprano (his sister, Megan)—Stetson is faithful to the emotional tenor and tempo of the original, if not the instrumentation. Surely Gorecki never imagined the end of the first movement collapsing into maelstrom of white noise, or crescendo-ing guitars ala Godspeed You Black Emperor accelerating the emotional intensity, or a drummer from a death metal band called Liturgy providing some extra punch. None of this is gimmicky or irreverent; it enhances the original work, just as anything billing itself as a “reimagining” ideally should.

Stetson’s own role appears to be that of arranger; anyone expecting to hear the arpeggios or howling vocalizations that defined the New History trilogy will not find them here. For such a distinctive performer, Stetson is more than happy to surrender to his solo persona to the greater ensemble here.

Colin Stetson has never been an artist to back away from ambition—and to fulfill it. Which is exactly what he’s done here. (April 14)

No, the album title is not a new category at the Grammys or the Junos. That’s not to say it couldn’t be some day. Winnipeg’s Aaron Funk, a.k.a. Venetian Snares, has made frenetic electronic music for almost two decades now, but this is the first time he’s made an album entirely with old analog modular synths: instruments that don’t come with preset sounds, instruments that don’t always behave in predictable manners—much like Funk himself. If we believe the man (which we shouldn’t necessarily do; he has a reputation as a prankster), it was all recorded live, complete with shifting tempos that defy the crutch of “quantizing,” the technical trick that imposed rhythmic uniformity on the world in the 1980s. As always with Venetian Snares, the avalanche of ideas can be exhausting, but there’s no denying the man’s genius, and this foray into “traditional” music could serve as a welcome entry point for the uninitiated. I’d also love to hear someone score this for a live band, perhaps the first time I’ve felt that way about a Venetian Snares record. (April 7)

Stream: “Everything About You is Special,” “Magnificent Stumble v2,” “Health Card10”

Posted by mmmbarclay at 1:22 PM