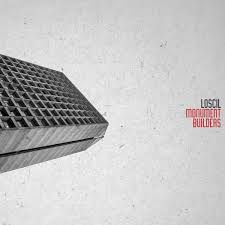 Well worth your while: John Legend, Daughter

Streaming is great for sample purposes, but please find a way to directly support your favourite artists financially.

The world hasn’t felt this on the edge of chaos since the early 1970s. That might be why soul music in particular has been looking to leaders of that era for inspiration. Now comes Childish Gambino, a.k.a. the acclaimed actor and screenwriter Donald Glover (Community, Atlanta), ditching his hip-hop career for a full immersion into George Clinton’s early Funkadelic records: the psychedelic rock guitars, falsetto lead vocals, full-band backing vocals, sludgy beats.

On first impression, it works incredibly well—as an homage. Glover is a fantastic singer, even managing some powerful Prince-like squeals. His musical collaborator, Ludwig Göransson, plays most everything except drums, and it’s his arrangements that make the album work at all.

On deeper listen, however, an homage is all it appears to be. Glover’s singing is convincing enough that one assumes he’s conveying some kind of spiritual salvation from a world of woe. Actually, on the opening track, “Me and Your Mama,” when it sounds like he’s fighting a life-or-death battle in a fascist oligarchy, he’s actually howling: “You really got a hold on me, so this isn’t just puppy love.” For a rapper and a screenwriter, it’s strange that the lyrics are the weakest part of this project. But even the music, while interesting, doesn’t really hold up as more than a pastiche. It hits a real low on “California,” which is nothing short of cartoonish, akin to Ween covering Nilsson’s “Lime in the Coconut.”

The best thing about Awaken, My Love! is that it might send the curious scrambling back to discover Funkadelic’s Maggot Brain, an album that I had an overwhelming urge to listen to on the morning of Nov. 10. It holds up. A little too well. (Dec. 15)

Stream: “Have Some Love,” “Redbone,” “Boogieman” 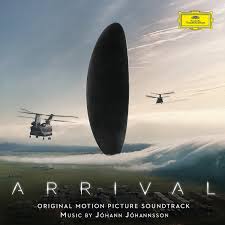 If you were either spooked out and/or captivated by the beauty of Denis Villeneuve’s new film Arrival, a large part of that experience was the score by Icelandic composer Jóhann Jóhannsson. (Jóhannsson’s score for Villeneuve’s previous film, Sicario, was nominated for an Academy Award last year; they’re currently collaborating once more for the remake of Blade Runner due next year.) All ominous bass tones and digitally manipulated human voices, it’s the ideal accompaniment to interstellar communication, of sonically illustrating the awe and fear and responsibility of inchoate dialogue with an alien species. In an inverse process, Jóhannsson wrote the theme before Villeneuve even started shooting; the music would be played on set to set the tone. It’s far from an afterthought; it’s as integral to the film as the script or the cinematography. Even better: here, it also functions entirely independently as a somewhat unsettling meditative soundtrack.

Why Vancouver composer Scott Morgan, a.k.a. Loscil, has not been tapped for any Oscar-bait assignments is anyone’s guess. (He has, however, scored the 2006 Genie winner for Best Documentary: Scared Sacred.) He’s been creating fascinating minimalist ambient music for more than a decade, and his 11th album could well become a calling card. Inspired directly by Philip Glass’s stunning score for the 1982 film Koyaanisqatsi, as well as the photographs of devastated landscapes by Edward Burtynsky, Monument Builders is sparse, expansive and evocative. French horns and percussion permeate the occasionally pulsing synths and layered atmospherics; melodies and movements are glacial yet hardly obscured.

In these past few months, if not the past year, we’ve all had plenty of reasons to shut off the noise of the world and mourn the losses that pile up seemingly every week. In addition to everything else 2016 has handed us, between these and Colin Stetson’s reimagining of Gorecki’s “Sorrow” symphony, it’s also given us an antidote. (Dec. 1)

The classiest man in all of R&B is still riding high from his wedding-dance smash “All of Me” from 2013, and he has every intention of staying on top of the pop game on his fifth solo album (not counting his Roots collaboration). He has a surefire way of doing it—namely, a song called “Surefire.” And another called “Love Me Now,” which, yes, might sound like a Coldplay song—but infinitely better because it’s in the hands of Legend. Guest spots from Miguel and Chance the Rapper are surprisingly uneventful; Legend does far better on his own on the rest of the record. However, when Alabama Shakes’ Brittany Howard shows up on the super sultry and soul-shriekin’ title track, it’s thrilling and chilling and holy moly, can we sign these two up for a full-length duets album? Hot damn. (Dec. 8)

Stream: “Love Me Now,” “Darkness and Light” feat. Brittany Howard, “What You Do To Me”

Surely only the most joyless can resist “Uptown Funk”—at least the first 100 times you heard it. Bruno Mars knows a good vibe when he hears it, which is why the title track of his new album tries (and fails) to head uptown once again. His frequent collaborator Mark Ronson isn’t around this time; it wouldn’t appear that a hitmaker of Mars’s calibre would need him, but this sounds like Mars is flailing around trying to land the right groove. His singing and vocal arrangements—and, when he does his best James Brown, like on “Perm,” his shrieks—are flawless, and he commands a tight band that no doubt slays in the stadiums. But the songs this time out don’t really catch fire, and, as happens too often with Mars, the lyrics are laughable: “You need to activate your sex”; “Let’s just kiss until we’re naked.” It all probably sounds way better on stage, when all we have to do is watch the man with the moves. (Dec. 8)

Sting is not through with rock music—or is he? After his lute album, his Christmas album, his symphonic reworkings, his original Broadway musical, it’s been 13 years since he put out something resembling pop music. Somewhere in between there was a Police reunion tour, and a collaborative tour with Peter Gabriel. But here, when he sings rather lethargically over a mid-tempo rocker, “Here comes the sound of everything I’ve ever feared,” one can’t help but wonder why he bothered. He perks up on the surprising rocker “Petrol Head,” and the old activist does have a few things to get off his chest: “One Fine Day” is his somewhat schoolboyish letter to the editor re: climate change that would make Bono blush (“Dear leaders, please do something quick / Time is up, the planet’s sick”). It’s all impeccably executed, of course, but unless you’re the rare breed of Sting fan who prefers his ’90s output to the rest of his career, this might just send you scrambling back to that lute record. (Dec. 8)

Stream: “I Can’t Stop Thinking About You,” “Petrol Head,” “Inshallah” 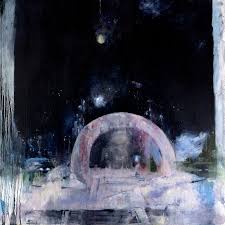 Warpaint shares a similar mood to The Xx, though instead of a Jamie Xx, they have drummer Stella Mozgawa, who’s just as inventive when she’s working a drum machine as she is when she’s turning Jenny Lee Lindberg’s dub-reggae-influenced bass lines upside down behind the kit.

“New Song” finds Warpaint cannibalizing their own sound in a pop-friendly package; sadly, the result is insipid. The rest of Heads Up, however, finds them emerging further from the shoegazy haze of their earlier work, pushing their rhythm section to the front of the mix while the two guitarists-vocalists get more abstract and rely less on copping directly from the Cocteau Twins’ playbook (or, more accurately, the Golden Palominos). Heads Up is a huge step up, on every level—and though they probably do have pop songs in them somewhere, that’s not where their talent lies; maybe they shouldn’t even try. “New Song” is more of a distraction than a gateway drug.

British band Daughter share the sleepy female vocal aesthetic of Warpaint and The Xx, but crank up the volume on the guitar amps, which sound like a howling winter storm. Not to Disappear, Daughter’s second album, came out in January; it’s a beautiful slow burn, and it seems all too fitting to end 2016 with a chorus that goes, “I feel numb in this kingdom.” Vocalist/guitarist Elena Tonra sounds like she spent her childhood listening to The Cure’s Disintegration and Jeff Buckley’s Grace, while her Swiss guitarist and French drummer manage to steer clear of shoegaze cliché. They’re not always successful; Tonra’s lyrics can stumble, and their attempts at ratcheting up the tempo (“No Care”) don’t really work. But when all their elements snap together, like on the triumphant single “How,” the results are stunning. (Dec. 15)

Posted by mmmbarclay at 1:20 PM