The 12th Polaris Music Prize gala is being held on Sept. 18, at the Carlu in Toronto, where 11 jurors locked in a room will decide which one of 10 shortlisted artists will get $50,000. All other nominees receive $3,000.

Every day this week I’ll look at two of the shortlisted albums, assess their chances, and celebrate two albums that didn’t make the shortlist—or, in some cases, even the long list.

On day one I discussed A Tribe Called Red, BadBadNotGood, and should've beens Phillipe B and Japandroids. Day two was Leonard Cohen, Gord Downie, and should’ve beens by Loscil and Tami Neilson. 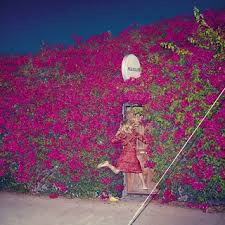 “That’s what we’re here for! Pleasure!” That’s a strange lyric, song title and album title considering the songs Feist is offering on her fifth album. The songwriter has always been a merchant of melancholy, but here she is audibly emerging from a thick fog, something that she herself terms “a dark night of the soul”—a cliché uncharacteristic of the subtle poetry that informs the rest of the album (and the rest of her discography).
Gone are the many collaborators and instrumentalists: this is a solitary journey consisting of just the guitarist and her old friend Mocky on drums, with longtime engineer Renaud Letang rounding out what Feist calls this albums “peer-o-mid.” The sound is decidedly sparse, as emotionally bare as the lyrics. Such is her skill as a writer that none of it seems particularly personal; she spares us the gory details and tells us, “A man is not his song / and I am not a story.”

Musically, it’s easier to appreciate what Pleasure represents rather than appreciating the album itself—not unlike PJ Harvey’s White Chalk, or Thom Yorke’s The Eraser; one can applaud Feist’s bravery without loving the actual music. It’s best, of course, to leave expectations at the door and discover Pleasure on your own terms.

Later thoughts: As I expected, this album grew on me considerably. Feist has always been more compelling solo than when she performs with a full band; this gives someone who’s never seen her live to hear why that is. She’s at her strongest in the quietest moments; her voice never wavers or whispers or backs down from emotional intensity, no matter the volume. There are moments that work perfectly, and some not so much: the Jarvis Cocker spoken-word cameo on “Century,” or the invasion of Choir Choir Choir on “A Man is Not His Song,” or the man choir on “Any Party”--the latter two embellishments much more likely to work live than on record. But, as with the 2012 Polaris-winning Metals, Feist succeeds by planting plenty of sharp edges in her inherently beautiful music. These are not songs for product placement or latte listening. This is another step forward for an artist who never disappoints, an artist who keeps evolving, and, as I discovered while writing this Exclaim! cover story, an artist who’s more than prepared to walk away from it all if she’s anything less than satisfied.

The chances: Minuscule. No one has ever won Polaris twice, and it would take a really game-changing record to do it. Though this album certainly has enough fans to have landed it on the shortlist, reviews were decidedly mixed, and it’s a hard sell to someone who isn’t already a fan. 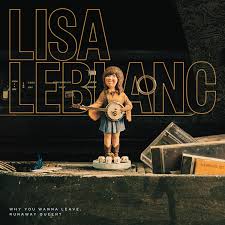 
The album: LeBlanc is an appealing performer, no doubt, with a gutsy voice and a delight in both foot-stompin’, banjo-driven two-steps as well as grungy breakup songs, with a bluegrassy blast through a Motorhead cover for kicks. This album captures that energy. But it also places a clear focus on her lyrics, which I’m sure are cathartic if you’ve been through a recent break-up (“Could You At Least Wait Until I’ve Had My Coffee,” “Dump the Guy ASAP,” “5748 km”). Otherwise, her candour comes off full of clunky punchlines and juvenilia (to be fair, the same could be said of Drake--and he appears to be doing rather well). “I won’t say it to your face, so I’ll write a song about it,” goes one line. I kind of wish she wouldn’t. Runway Queen mostly makes me want to reach for old Lucinda Williams records--or the Tami Neilson album (see yesterday’s post).


LeBlanc is an Acadian Montrealer from New Brunswick who only recently started singing in English. This album is very much a breakthrough for her in the rest of Canada, so more power to her--and to her label, Bonsound, whose predominantly francophone roster could use a signal boost.

The chances: Slim. The competition is far too stiff, and I’ll be shocked the day anything remotely rootsy wins the Polaris. 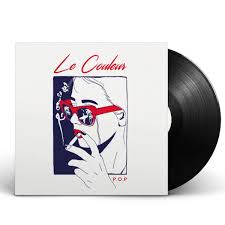 Montreal’s Le Couleur have crafted a glorious and at times grandiose record largely rooted in electro-disco and rich in pop melodies that should perk up ears in English Canada and everywhere else.
“Our chief concern is making things sexy, chic and moody,” they told the magazine Noisey. Mission accomplished. With debts to Air, Charlotte Gainsbourg, Pulp and St. Etienne, they offer a modern update on the turn-of-the-century revisionist take on late 60s/early 70s Europop, something that looks even better with more refracting mirrors involved. The tradeoff between female and male lead vocalists is merely one more effective texture in an album that draws you in closer with every subtle detail. The production is warm and retro; the synths are always on the safe side of cheese; the live rhythm section gives it all some muscle. This is a debut album following several EPs; Le Couleur prove well worthy of longer attention spans. This will go down well with daiquiris this summer.

Later thoughts: The single reason I didn’t play this album more often this summer is that the weather sucked. No daiquiris for me. But this album is fantastic. And in a year when everyone dumped on the disco turn by Arcade Fire (I’m in the minority in preferring it to Reflektor), maybe no one was in the mood for more Montrealers in the same ballpark--but nowhere near the stadiums.

Why it didn’t make it: I honestly thought it would. Of all the franco acts on the long list, I thought this had the biggest chance to reach a wider listenership than the few anglo freaks who listen to franco music. 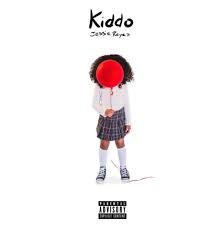 
The album: It’s an EP, actually. As such, it’s more of an introduction--but this is one hell of an opening argument. Reyez is a 26-year-old Colombian-Canadian who can rap like (vintage) Nicki Minaj and sing a bluesy waltz like Amy Winehouse, and specializes in fiery diss tracks like “Fuck It” and the particularly pointed “Gatekeeper.” (Reyez’s plain-spokenness works considerably better in her chosen genre than Lisa LeBlanc’s.) One track might echo the so-called “Toronto sound” of chilly, sparse beats; the next sounds like an electro-Brazilian Carnival rave-up (“Blue Ribbon”). Reyez covers a lot of bases in a short amount of time, with more personality than the entire OVO posse combined.

Here is but one side of her:


Why it didn’t make it: It’s a debut EP. Reyez is new enough that most people probably see more potential here than someone who arrives with the complete package. And Polaris being an album prize that only recently relaxed its rules to include EPs, some jurors feel that six three-minute songs are not enough to make a major artistic statement. Finally, hip-hop will always face an uphill climb in this country if it hasn’t been validated elsewhere first, especially if it’s decidedly modern. But make no mistake: Jessie Reyez will be here next year, and likely for many years after that.

And here's the rather Feist-y side of her, on the Tonight Show: