Every day this week I'll post about two Polaris Prize shortlisted acts and two equally—if not more—worthy albums from the year in question. The winner will be announced at the gala Sept. 22. 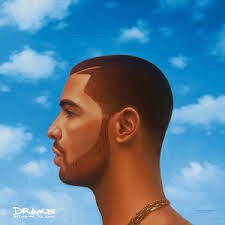 Well, it’s better than Take Care, I’ll grant it that. After serving on the grand jury the year that album was shortlisted, I’ve already ranted extensively about why I find it to be a thorough embarrassment. Nothing Was the Same is, like Take Care, plodding, occasionally excruciating, with moments of progressive, forward-thinking musical brilliance offset by the tedium of Drake’s flow and the emperor’s clothes that pass as his rhymes. I get into some specific reasons why this album continues to disappoint in this piece I wrote for Aux.tv (link TBA). I also vented in my original review last fall. So, uncharacteristically for me, let’s focus on what I actually like about this record.

“Started From the Bottom.” I tried to resist this song. I couldn’t. Its Southern bounce beat is the bomb, with a New Orleans backbeat and that weird digital hi-hat at work underneath a Wu-Tang-ish, minor-key piano ostinato, while Drake’s laconic, lazy flow actually works in his favour. It’s stupid. It’s simple. It’s short. It works. Too bad I can’t that silly image from the video out of my head, the one of him standing in a car riding through Forest Hill in a ridiculously fake snowstorm.

“Worst Behaviour.” In two terse, repeated lines—“I’m on my worst behaviour / muthafuckas never loved us”—Drake says more about black reaction to white moralizing than anything since gangsta’s heyday in the early ’90s. It took on extra resonance after Ferguson, a time when racists in denial claimed befuddlement when black folk had to be so gosh-darn unruly in the face of systemic oppression. This song shocked me: it’s the only remotely political thing I can recall in the discography of an artist who rarely looks beyond the mirror for inspiration. “I love me enough for the both of us,” he gets a guest vocalist to sing on the track after this one; a line that speaks volumes about the rest of his output.

“The Language.” The icy, sleek beat is ominously seductive—one of the best Drake’s ever been dealt. The rhyme is typically louche, but it suits the seamy backdrop to a T.

“Hold On We’re Going Home.” Yes, it’s catchy. The entire song is comprised of four sequential notes, like an elementary piano exercise. The beat is nice. It’s the best pop song Drake’s ever been involved with. But was this really the best pop could do in 2013? I’d put at least 20 other Top 10 songs ahead of this one.

The rest of the album is laborious at best, a fact even most Drake fans—ones who apparently had no problem with the never-ending, exhausting Take Care—seem to concede. I’ll conclude with one last lyrical jibe: “She just want to run over my feelings like she’s drinking and driving in an 18-wheeler / and I’d allow her / talk about pussy power.” What a poet.

Having spent more time with the album in recent weeks, it has grown on me—slightly. Considering his profile and clout, I honestly can’t believe that Drake doesn’t make better records than he does.

Excellent. I’m the only critic I’m aware of that has an active hate-on for Drake’s music. Everybody loves him. Everyone’s proud of him. This album was as successful critically as it was commercially (i.e., very). Many people thought he should have won in 2012. Many people think hip-hop should finally win Polaris, and this is the album to do it. If he does, hopefully it will finally bury all kinds of conversations about what Polaris is and isn’t (i.e., an indie rock circle jerk). In the history of the first 10 years of Polaris, people can then say: remember 2013-14, when Godspeed won one year and then Drake the next? What does that prove, if anything? 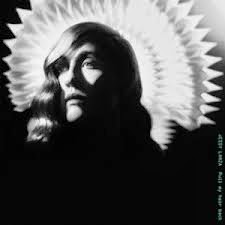 I’d love to love this, baby: all breathy, Donna Summer-ish vocals, skittering electro beats, a meeting place for modern American R&B and the strange corners of British electronics, set in a Canadian city struggling to avoid Rust Belt status (that would be Hamilton). And yet: so what? Like the FKA Twigs album, this is intriguing to discover—until you realize that nothing at all is happening. (And Lanza is nowhere near the vocalist FKA Twigs is.) The songs are indistinguishable, all the same tempo and devoid of either hooks or any hint of emotional resonance. It sounds like a series of remixes with all the good parts left out. This was produced by the Junior Boys’ Jeremy Greenspan; I’d love to hear Lanza work with the considerably more creative Grimes instead.

That said, I was excited to see Jessy Lanza on the shortlist: she was the only outright surprise of any of the nominees, and the only debut record. Her presence also means the shortlist is comprised of four lady acts (and one act, Arcade Fire, with a lady copilot) who couldn’t sound more different from each other.

Slim. In any other year, I’d consider this to have a wild-card shot, but not with Drake and Tagaq in the room.

Kevin Drew was due for an implosion. The Broken Social Scene bandleader started out making amorphous, ambient records before his band suddenly evolved into a rock’n’roll orchestra with a half-dozen guitars and just as many lead singers. Even his 2007 solo album, Spirit If, featured an even bigger cast of characters than found on a BSS album (including Tom Cochrane and Dinosaur Jr.’s J Mascis).

Following a BSS hiatus and a midlife crisis, Drew returns with Darlings, an album that features just five musicians (and one guest vocal from Feist). While it still has the rich synthesizers and reverbed vocals Drew always employs, it also features 12 songs he could ostensibly perform by himself, with no small army required to back him up. The result is the most melodic and direct Drew has ever been, and easily his best record next to Broken Social Scene’s 2002 classic You Forgot It In People.

Yet Drew can still be he own worst enemy: the two worst songs on this otherwise excellent album are the ones he chose as singles to preview the album, "Good Sex" and "Mexican Aftershow Party." Musically, they’re congruous with the rest of Darlings, but lyrically they’re repetitious, mundane and slightly embarrassing—and, in the case of "Mexican Aftershow Party," could only possibly make sense to Drew or members of his band.

As befits a humbled man trying to regain his footing, Drew doesn’t reach for grandiose musical moments. Much of Darlings is intimate, mid-tempo and lovely; even at its most raucous, it’s still warm and inviting—and yet still finds room for sonic experimentation; it’s not a case so much of Drew watering down his approach as it is distilling it at a lower volume. The whole record is basically one big hug—which, if you’ve ever met Drew or seen him interviewed, should not be a big surprise.

Why it didn’t even make the long list: Polaris has not been kind to Broken Social Scene side projects, unless your name is Feist (and your solo career is not a side project). Too bad, because this is easily the best one—aside from AroarA, of course, which IMHO was the best album of this year’s Polaris qualifying period. Drew’s first solo record, the sprawling, messy but worthy Spirit If, was a pretty good record, too. But Darlings sounds like a new man at a new juncture in life, figuring some stuff out and mastering the studio on his own terms (without the help of a Dave Newfeld or John McEntire). Maybe its critical neglect can be blamed entirely on those two singles, which don’t do this album any favours. Darlings deserves an A, just maybe not an A+.

My Q&A with Kevin Drew for Maclean's is here.

This made both of my ballots. It’s one of the only hip-hop albums to do so in recent years. This had zero public profile and no promotion; one of the jurors recommended it to the rest of us, and it found enough champions to land on the long list.

This is a collective of Toronto MCs—Tona, Adam Bomb, Frankie Payne, Theo 3 and Progress, with occasional guest Mathematik— and producer Big Sproxx, who set pointed critiques and manifestos to music: “I make red, black and green face-mask music / I make First Nation genocide retribution music / Nat Turner, slave revolt / Rakim, Paid in Full.” Aside from the potent language and expected swipes at more lightweight hip-hop (“I see you making hella hits but you should rebel a bit”), Freedom Writers dig deeper—unlike most political posturers, you get the impression these guys actually read newspapers: “Water levels rise / hire more cops / Lord of the Flies / Piggy’s on top / A wolf in disguise eats from the flock / The revolution is televised / See it on Fox.”

Not to suggest they’re po-faced sourpusses. Big Sproxx packs his tracks with big, brassy samples, some serious scratching skills, and the five MCs have a winning chemistry that’s all too rare these days, when hip-hop groups are an endangered species and guest MCs phone in their cameos. They’re also not exclusively political; there’s a much broader emotional spectrum here than that, but that’s when they pack their biggest punches. [Entirely personal tangent: I love that there’s a “fuck Fantino” line on here.]

Why it didn’t make the shortlist:

Outlier hip-hop never seems to make it to the shortlist: every shortlisted hip-hop artist so far has either roots in the indie rock community (Shad, Cadence Weapon) or a major label backing it (K’naan, Drake). Freedom Writers barely have a profile in their hometown of Toronto, never mind the rest of the country. Which is a shame. This is such a wonderfully well-rounded record: furious, joyous and righteous. The only knock I have against it is that it’s far too long—but who knows when a crew like this can rally this strong an effort again?

Posted by mmmbarclay at 2:18 PM