Every day this week I'll post about two Polaris Prize shortlisted acts and two equally—if not more—worthy albums from the year in question. The winner will be announced at the gala Sept. 22 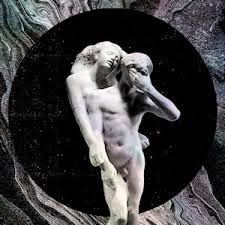 There’s no question Arcade Fire and Drake owned the year in Canadian music news, making headlines seemingly every week; in Arcade Fire’s case, it was not just the brilliant roll-out of Reflektor, but the site-specific cover versions they played in every city of their nine-month tour. They worked their ass off; I have no idea when they slept, because Win and Regine were juggling a newborn at the time, while the rest of the band gigged late into every night as a cover band at the afterparties. So yes, 2014 was all about Arcade Fire.

This record is the follow-up to an album that won every prize imaginable (including the Polaris) in 2011. On many levels, Reflektor is not The Suburbs. It sounds nothing like it, for starters; if The Suburbs perfected their Cure/Springsteen mashup (and I maintain that The Suburbs is as close to a perfect rock album as we’re likely to see this decade, on several levels), Reflektor took them in all new directions—not just the expected touches from LCD Soundsystem’s James Murphy in the producer’s chair, but soca, reggae, straight-up blues rock, a smidge of old-school punk (in the intro to “Joan of Arc”), Madonna-esque pop (the slinky “Like a Virgin” synth bass on “We Exist”), spaced-out Kraturock (“Supersymmetry”).

Did it work? Sometimes. Here’s my review from the Oct. 23 issue of the now-defunct Toronto mag The Grid (link here, for as long as it lasts):

LCD Soundsystem’s James Murphy was originally slated to produce Arcade Fire’s 2007 album, Neon Bible—which is hard to imagine, considering the gloomy dread that pervades much of that Bush-era relic. It was not a party record. But then, neither is the Murphy-helmed Reflektor, though the electro-Caribbean-disco makeover might lead you to believe otherwise. Reflektor is far more about sonics than songs or groove; less Daft Punk, more like—dare we say it?—U2’s Pop (fortunately, it’s better than that album). As a dense, layered production, it is often brilliant. But as a collection of songs that clocks in at 20 minutes longer than the already-sprawling Suburbs, Reflektor can be a suffocating chore—one where, 50 minutes in, the band dares to title a track “It’s Never Over,” then follows it with their worst song ever (called, um, “Porno”). The sequencing suggests they themselves are aware of all this: both songs follow something called “Awful Sound,” which sounds like Brian Eno producing Paul McCartney on a bad day for both of them. The title sums it up.

Certain tracks chart new directions for Arcade Fire. Among these are the soca-tinged “Here Comes the Night Time,” where drummer Jeremy Gara is on fire; and the straight-up rock ’n’ roll deliverance of “Normal Person,” designed for stadium flashpots. The Kraftwerkian drone of “Supersymmetry” is also a welcome closing respite. Cumulatively, Reflektor is Arcade Fire at their absolute best, inspiring and capable of reinvention, with a couple of great pop songs thrown in the mix (“We Exist,” “Afterlife”)—and yet it also displays them at their most indulgent and joyless.


This band deserves to be held to the highest standards—Funeral and The Suburbs are flawless—and for once, Arcade Fire sound remarkably fallible. At least they don’t sound lazy.

I wish my opinion had changed in the last 12 months. It hasn’t, other than I like the good stuff even more (especially after seeing the live show) and I still cringe at the lows (which, tellingly, rarely made the set lists).

Zero. For starters, the likelihood of a repeat winner is slim at best—and it would have to be for an album much more universally loved than this divisive one. I was shocked this even made the shortlist. Maybe that’s just narcissistic of me, as a day-oner who can’t imagine anyone else being a bigger fan. If even I was disappointed in this album, who loved it enough to vote for it? 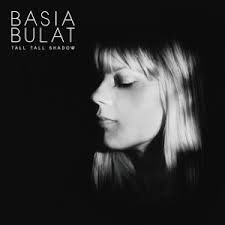 This was impressive the first time I heard it; it sounds even better now, almost a year later. This is Bulat’s shining, star-making moment, her true coming-out party—much more bolder, confident and clear than her 2007 debut, which pole-vaulted onto the Polaris shortlist that year. Green girl no more, Bulat belts her heart out and shows her instrumental prowess to be finger-pickin’ good on any strings she finds: ukulele, guitar, autoharp and an Andean charango. (I felt this way before seeing her Massey Hall show this spring, which confirmed all of the above.) Producers Tim Kingsbury (Arcade Fire) and Mark Lawson help her shape her songs into anthems and atmospheric ballads, with influences ranging from gospel to new wave to Joanna Newsom to Feist. Most importantly, every song is fantastic: even if Bulat wasn’t the kind of singer to hold those chest-pumping, Celine-ish high notes on “Never Let Me Go”—and make no mistake, she has no trouble pulling it off—the song itself would be just as affecting if someone with a more limited range tried to sing it.

I would say that they’re strong, except Tall Tall Shadow has one strike against it: perfection. There isn’t a note out of place here. There isn’t a single wayward track. Bulat has an incredible voice. The production is stellar. So other than, you know, excellence, what makes this an interesting record? Whether or not it will inspire one or more Polaris to jump up on their chair and demand that everyone surrender to beauty remains to be seen. Nobody’s ever won the Polaris for making a beautiful record (not even Feist).

AroarA – In the Pines (Club Roll)

Andrew Whiteman is one of those old guys who gets wilder and more creative as he gets older. So it might be tiresome hear my perennial rants that Album X is the best thing he’s ever done, but it’s usually true. Here, the Broken Social Scene guitarist and former bandleader of Apostle of Hustle makes music with his wife, Ariel Engle, as AroarA, taking the vivid, haunting poetry of Alice Notley and setting it to music just as open-ended and evocative as the lyrics. Both Whiteman and Engle play guitar—very well—but In the Pines is rich with samples, synths, pianos, orchestral chimes, upright bass, drum machines and other odds and sods stolen from the sands of time that are hardly worth trying to distinguish: better just to lie back and let this sonic tapestry wrap around you.  Whiteman wisely leaves most of the vocals to Engle, a bewitching figure every bit the equal of her bandmates in the side project Hydra: Feist and Daniela Gesundheit of Snowblink. Put it together and you have an album that’s part Hounds of Love, part Whale Music, part Yankee Hotel Foxtrot, part Homogenic. In other words, most of my favourite albums condensed into something that doesn’t sound like any of them.

The vinyl album consists of an EP released in March 2014 and 11 songs released in August 2014. The EP takes all the best songs, but whatever. You need to hear it all.

An amalgam of my April and August reviews:

Someone old, something new. You know Andrew Whiteman from Broken Social Scene, Apostle of Hustle and many other projects. You don’t know his new collaborator Ariel Engle, who sings the bulk of this material and brings out the best in Whiteman. The lyrics on AroarA’s debut EP are by American poet Alice Notley, from her 2007 book of the same name, set here to original music made with primitive cigar-box banjos and drum machines. Notley’s poems themselves reference old folk songs, and even a Bob Dylan lyric about Blind Willie McTell, so repurposing Notley’s words for modern avant-garde pop music taps into a natural continuum. If that doesn’t intrigue you enough and you need a big namedrop, it was recorded at Feist’s house.

Concept and pedigree aside, it’s the music of AroarA that compels. Like the Los Lobos side project Latin Playboys, AroarA takes traditional elements—Spanish pop, American blues, Asian melodies, PJ Harvey—and tosses them in a digital kaleidoscope that defies easy description. Engel’s compelling voice is the anchor: a confident calm presence not unlike Feist or Daniela Gesundheit of Snowblink (who all performed together at the 2012 Polaris Prize gala). The sonic density that marked Whiteman’s last album as Apostle of Hustle has been stripped back; each track contains only a few elements: sampler, two guitars and percussion, either electronic, hand-played or of unknown origin.

Engel is a compelling, confident frontwoman, with Whiteman playing her occasionally devilish foil and resident guitar shredder, weaving tiny explosions in and around her cigar-box banjo rhythms. Their melodies seem drawn from old blues and folk ballads, but the instrumentation is decidedly modern and avant-garde, set to a backdrop of surrealist samples that perfectly complement the evocative, image-rich lyrics. It’s all recorded with an inviting intimacy that easily envelops the listener in a strange new world “covered with human spirits in my pockets and my shoes.”

In the Pines is triumphant not just for Engle, for whom this is her first major recording, but also for Whiteman, whose 25-year career in music seems to have been all leading him toward this project, bringing out the best in what he does. “I am a new species,” sings Engel, and this unique, remarkable debut album is more than enough proof.

Why it didn’t make the shortlist: Whiteman has never even made a long list with an Apostle of Hustle record; I shouldn’t be that surprised that AroarA didn’t have enough momentum to vault onto the shortlist. Like much of his work, it’s not something that sinks in on first listen. It’s an investment that pays bigger dividends in time.

Toronto’s Austra was perhaps accurately pegged as post-teen-angst pop music for burgeoning coven leaders. Here, however, after being on the road for two years straight—including stints opening stadium shows for The Gossip in Europe and with The XX—they’re ready to raise the roof and give their fervent audience the dance party they’ve been waiting for.

Lead singer Katie Stelmanis is still a drama queen, and her quivering tremolo is far removed from expectations of disco divas; it remains an acquired taste. But it sounds considerably warmer here, surrounded by the Lightman twins (who also perform psychedelic folk music as Tasseomancy); one of whom, Sari, assisted with all the lyrics. Bassist Dorian Wolf (ex-Spiral Beach) and electronic percussionist Maya Postepski have also helped bring Stelmanis out of her solo-composer shell and surrender to the rhythm.

Much of Olympia owes a debt less to Nine Inch Nails devotees of the last two decades than it does ’80s and ’90s house music (the most mainstream incarnation of which would have been Madonna’s “Express Yourself”); it’s somewhat jarring to hear flourishes of Latin percussion in the middle of an Austra song, yet it works—nowhere more so than on “Home,” which opens with clunky quarter-note piano chords that sound like a lonely schoolgirl clumsily setting her diary to music. Forty seconds later, the beat kicks in, the piano suddenly perks up, a bubbly bass arrives, and suddenly we’re in the middle of what could be the anthem of summer 2013 (or at least Pride festivities—and a Kevin Saunderson remix helps the case).

Olympia is a stirring, sexy and soulful record; it’s either the darkest disco album or the most joyous goth dance party you’ll ever witness. Either way, it’s certainly transgressive and occasionally transcendent.

I’d also add that the early ’90s house touches heard here have suddenly percolated up into the mainstream: look no further than (the decidedly sunnier) Kiesza.

I wrote about Austra for Maclean’s here.

Why it didn’t make the shortlist: That’s easy: it was released a mere one week into the qualifying period, making it almost a year old by the time jurors cast their ballots. That’s the only thing that could explain why an album exponentially better than the debut—shortlisted in 2011—could be passed over.

Posted by mmmbarclay at 9:41 PM