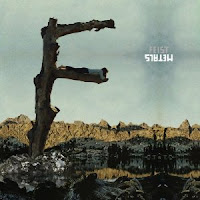 Four long years after Feist’s breakthrough album The Reminder, the Toronto singer admits that she became entirely burnt out on relentless touring, as that album’s slow-burn success made her an international star. And so after taking on a full-on break from making music, she returns singing: “Makes me remember the things that I forgot / it’s as much what it is as what it is not.”

What Metals is not is obvious. It is not an album with a peppy hit single like “1234” or “Mushaboom.” It is not an album that gives away all its goods on first listen. Though it is rich in melody and harmony, it is not a pop album. Though there are many intimate moments featuring only Feist and her guitar, it is not a singer/songwriter album. Though it has supple grooves borrowed from the slowest, sexiest side of Al Green, it is not a soul album. And though it contains elements of The Reminder’s quieter moments and the majesty of her long-unavailable debut album Monarch, Metals marks new territory for Feist.

Many songs start from a bluesy base, something very simple and primal, built around a tension of delicate but forceful instrumentation; but from there, a song can easily move from a solitary guitar motif before erupting with a strident choir, electric guitars crashing in a loping waltz time, and punctuated by clanging chain percussion. Few songs here fall into a steady template; they wait to be pulled or pushed apart, to have their meter toyed with, suspended while a string section or the sound of scraping metal sneaks into the background scene.

Then of course there is Feist’s calm, steadying, pitch-perfect voice, one that’s almost devoid of emotion, conveying everything and nothing at the same time. What is she singing about? Who cares? It’s “true life in haiku,” she sings, but whatever you’re looking for in these songs—either love or loss, comfort or concern—you’ll find them.

That tabula rasa extends to the music. While Feist was the undisputed star of earlier Feist records, Metals is much more communal. The various accompanying ensembles are one reason: string sections, brass sections, and choirs all transform the most intimate moments into something larger and yet still tender. But even though Feist’s voice is front and centre, it’s just as important as every piano chord, bass drum kick, or subtle sonic shading; together, every carefully arranged element establishes the tenor of the album, which works remarkably well as a whole. The only odd duck is “A Commotion,” pushed along by pulsing cellos and a man choir shouting the chorus; it’s curious, joyous, sparse and somewhat unsettling, the closest Feist gets to rocking out here, and it’s one of the most captivating tracks she’s ever recorded.

Metals also sounds like the most honest album since her debut: if Let It Die was her role-playing as a pretty pop star, and The Reminder found her trying to reconcile several different sides of her musical personality, Metals is its own world entirely—a world where Feist roams freely, devoid of expectation or constraint, a world with plenty for all to explore.

--Yes, the songs are very good and Feist is a fantastic singer, but it’s the dynamics and arrangements here that really stand out. The horns and strings are not just syrupy decoration; they provide tension and texture, and are often doing something extremely subtle and playful under the radar that takes the song somewhere else, like Colin Stetson’s arpeggiating bass clarinet that pops up near the end of “The Bad in Each Other.”

--The percussion here is in a world of its own, often defining an entire arrangement, like the rattlesnake tambourine of “Undiscovered First.”

--At times this sounds like Sigur Ros arranged a blues album for the Rheostatics’ Martin Tielli.

--Feist’s take on primal blues and soul music registers far more deeply with me than Cat Power’s attempts at the same thing; Feist is also far more creative with her pursuit, whereas Cat Power too often gets by on charisma alone.

--No matter how stellar the arrangements and the production, any one of these songs would be just as effective with just Feist and her guitar or piano.

--At the end of “Undiscovered First,” as the band abandons its crescendo and retreats to the smallest of sounds, we hear Feist singing off-microphone, seemingly trudging off in the distance, still singing “is this the right mountain?”—questioning, even as she embarks on the adventure.

--Three of these songs are in ¾. That always scores points with me.

--“A Commotion,” with its hollering man chorus, is totally unexpected and gloriously heavy. I love the relentless pulse of the string section, the obtrusive organ that echoes her vocal line, the a cappella staccato chanting in the final verse, the push-and-pull of the whole thing, and the fact that a song this heavy—later covered by metal band Mastadon—appears in the middle of this otherwise very pretty record.

--The one line in “The Circle Married the Line,” “It’s as much what it is as what it is not,” sums up much of what I love about this album.

I honestly can’t think of any. I don’t think there’s a wrong note on this record. Yes, it’s all a bit mannered and pleasant to listen to, but I don’t think it goes for easy answers. I also get that some people find Feist’s vocal delivery somewhat stilted and removed; that’s entirely subjective. If I vote for another record over this one, it will be because that record does more for me emotionally or intellectually or zeitgeist-y—or all three—than Metals does. (Or because everyone else in the room hates this album.)