AroarA - In the Pines 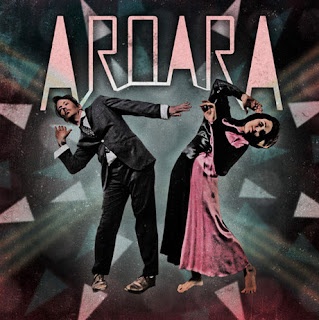 The duo of Ariel Engel and Andrew Whiteman (Broken Social Scene, Apostle of Hustle) came out of the gates swinging on the EP they released earlier this year—confusingly, also titled In the Pines, with a completely different tracklist—in which they married the confident ferocity of PJ Harvey with the sonic experimentation of the Latin Playboys, with all lyrics by ’50s American avant-garde poet Alice Notley. That short, complex yet catchy and concise work was one of the most exciting things I’ve heard in the last 12 months, making this follow-up my most anticipated debut album of 2013.

Though not as immediate as the EP, AroarA does not disappoint. Engel is a compelling, confident frontwoman, with Whiteman playing her occasionally devilish foil and resident guitar shredder, weaving tiny explosions in and around her cigar-box banjo rhythms. Their melodies seem drawn from old blues and folk ballads, but the instrumentation is decidedly modern and avant-garde, set to a backdrop of surrealist samples that perfectly complement the evocative, image-rich lyrics. It’s all recorded with an inviting intimacy that easily envelops the listener in a strange new world “covered with human spirits in my pockets and my shoes.”

In the Pines is triumphant not just for Engel, for whom this is her first major recording, but also for Whiteman, whose 25-year career in music seems to have been all leading him toward this project, bringing out the best in what he does. “I am a new species,” sings Engel, and this unique, remarkable debut album is more than enough proof. (Club Roll)

Download (tracks have only numeric titles that don’t correspond with running order):  #10, #1, #9

AroarA play the Music Gallery in Toronto tonight, 8 p.m., and make an in-store appearance at Soundscapes on Friday, Sept. 6 at 7 p.m.

Posted by mmmbarclay at 1:26 PM

Email ThisBlogThis!Share to TwitterShare to FacebookShare to Pinterest
Labels: AroarA