The third installment of our pre-Polaris Prize countdown; parts one and two ran earlier. Two shortlisted albums and two albums that should’ve made it. 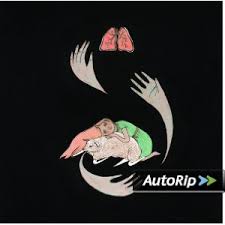 The album:
Hands down: this is the worst album ever to be shortlisted for Polaris. Is there even any competition? There have been previous shortlisters that I still don’t have the time of day for (Hey Rosetta, Besnard Lakes, Elliott Brood), but this really takes the cake—and then barfs on it. It’s not just that I don’t like Purity Ring; this is serious nails-on-chalkboard material. Every unfounded criticism of the somewhat similar Grimes last year—and there were many: that she was too fey, too featherweight, too interior, too ephemeral—could be aptly applied to Purity Ring.

What does anyone see in this? To be fair, it may well speak to the generation raised on Animal Collective (here goes Grandpa Barclay again…), thereby mystifying anyone who thinks those idiot savants created the worst crimes against music in the last decade. You know, if that’s your thing.

The best part of Polaris season almost being over is that I’ll never have another reason to listen to Shrines again.

From my review earlier this year:

This duo take their name from an object meant to signify virginity until marriage. I’ll grant them truth in advertising: Purity Ring, the band, sound like sexless, prepubescent naifs who’ve been locked in their basement with Xboxes and haven't ever exercised a sweat gland in their life: on the dance floor, in a rock club, hauling gear, or even, I don't know, mowing the lawn. Have they ever had their heart shattered and spat on? Or even been fired from their job at the mall?

It’s hard to believe they’re twentysomethings who had the gumption and navigational skills to move from Edmonton to Montreal, because they can’t seem to find more than one preset on their drum machine. At least now that they’ve had some inexplicable success, they're touring and seeing the world; in a few years' time they'll be as embarrassed listening to this record as I am for them now.

The chances:
I have no idea, but if this wins I’ll be throwing tables. 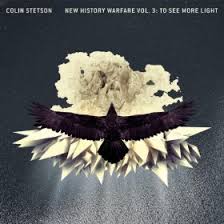 The album:
“Why are we listening to this?” my toddler asked me when I put it on—for pleasure—one morning. For many people, that’s a fair question. And yet the wide appeal of Stetson’s solo saxophone circular skronk is incredible: at this year’s Hillside Festival in Guelph, to name what I’m sure is just one example, the crowd was pressed tight against the stage even before he started playing, and remained enraptured—some were even spotted weeping—during the entire performance, releasing a cathartic roar at the conclusion of every song.

So why does Stetson’s avant-garde, often harsh, music resonate so widely, whereas hundreds of similar artists languish in obscurity? It’s obvious: not only does he have a unique shtick, but he’s really, really good. And the shtick, if you will—circular breathing his way through arpeggios on a baritone saxophone while intoning vocal melodies—should have worn off after his last album landed on the shortlist. It hasn’t.

When I reviewed this album, I asked hypothetically: How much gurgling, pulsing saxophone can audiences take? (Supplementary questions for the sake of argument: how many arpeggiated symphonies can Philip Glass write? How many minimalist techno records can Richie Hawtin make?)

This album is a more fully realized encapsulation of Stetson’s steez: the melodies more pronounced, the compositions more adventurous: the 15-minute, stunning emotional rollercoaster of a title track being the key example. I’m not crazy about Bon Iver hijacking a couple of songs, but whaddya going to do? Most importantly for Polaris jurors, To See More Light is extremely effective as an album, of taking one motif and extrapolating upon it, stretching and pulling it any way he can, slowly encircling the listener and inducing hypnotic delirium.

For me, the appeal of Stetson is that he’s so—primal. Sure, it helps to know that he’s one (extremely handsome, built and dashing) man alone with his breath and his instrument, but even outside of that it feels like he’s commanding the elements, corralling all the natural forces around him and speaking with the gods. It’s not human; this is the sound of Mother Nature herself. So yes, that can be hard to handle at times, but it’s brilliant fucking art.

And you know what? I’ve actually sung “High Above a Grey Green Sea” as a lullaby to my little guy. He didn’t complain.

The chances:
It all depends on what falls off the list after the first round of voting. If there’s enough weirdos on the grand jury, this could pull through. 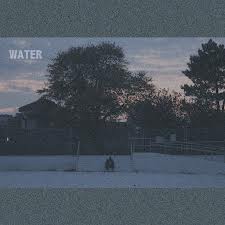 The album:
Every year, Polaris jurors and commentators twist themselves in a knot fretting about the inclusion of Canadian hip-hop. This year is the third year with no hip-hop representation at all on the shortlist (2007, 2011), and there was merely one title on the long list (and a francophone one, at that). Shoo-in 2014 nominee Shad is co-hosting this year’s gala, so there’s that. But seriously, what happened?

Canadian hip-hop is not merely the domain of Drake and men whose names start with K. A cursory glance at Hip Hop Canada will tell you that. And yet so much of this country’s talent is either street hip-hop that, with few exceptions, rarely leaves the immediate locale from which it came (making any national buzz difficult to build), or the nerdy and wordy dudes who should probably be writing beat poetry rather than trying to rhyme over actual beats.

Which is why KJ (dammit, there’s that first letter again!) is so startling—and, frankly, a relief. Water is his third album in the last four years; I have yet to hear the others (like most critics, I’m lazy), but they’re all up on his Bandcamp site. There’s nothing one-dimensional about Water: he’s got old-school bangers, he’s got noirish instrumentals, he’s got some 21st-century-jazz, Flying Lotus-style tracks, he’s got some smooth soul songs. His flow is solid; his beats are never cliché. Overall, the album is eclectic and satisfying and concise—three things I can’t say about even most hip-hop albums I love.

Why it didn’t make the shortlist (or the long list):
Because the juror who tipped me to this didn’t bother to mention it to the Polaris discussion board until the last week before voting. Hence, I didn’t even listen to it until after I filed my ballot. Not that anyone else did, either, and even my source (Ian Steaman of Different Kitchen, who’s also a grand juror this year) says that he only found out about this album from a friend, rather than the artist himself—despite the fact that Steaman has sung KJ’s praises in the past. Dude doesn’t have to hire a publicist, necessarily. But he should at least send a few emails to writers on his side when he drops a new record.

However: the only reason I found out about this record at all was via discussion with fellow Polaris jurors. So even though it didn’t even make the long list, it still benefited from the entire process. And I’ll be ready to wave KJ’s flag when a new album shows up. Which, seeing how this one is over a year old, should be any day now. 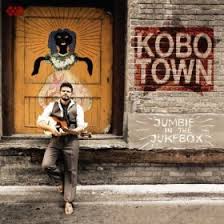 The album:
Metalheads, hip-hop fans, free jazz freaks and new country bumpkins can whine all they want about being routinely ignored at the Polaris party. Where is the calypso?!?!

Toronto’s Drew Gonsalves landed his band on the long list, despite the fact their second album—coming six years after the first—appeared mere weeks before the voting deadline. How did that happen? Kobo Town are a cut above. They’re incredibly faithful to traditional calypso, and yet nothing about this sounds antiquated or quaint; on the contrary, it’s thoroughly modern in both musical and lyrical outlook, set in a Trinidad that has become “a petrolia paradise” where gawking tourists come to look at “postcard poverty.” Ivan Duran’s production straddles slickness with raw energy; there are some elements here (the trombones, the backing vocals) that remind me of the Specials’ debut album.

Most importantly, Gonsalves is a fantastic songwriter, writing material that could work in any genre or setting. And that’s no doubt what has really been turning heads, independent of anyone’s perception of what calypso is, should be or could be.

Why it didn’t make the shortlist:
Because we’re going to have to wait a little longer before music outside North American traditions makes its way to a Polaris shortlist, sadly. Polyglots like K’naan, Zaki Ibrahim and Yamantaka/Sonic Titan play well to a plurality of jurors, but it seems like we’ll be waiting a while before the likes of Kobo Town, Kiran Ahluwalia, Lemon Bucket Orchestra or Jaffa Road vault their way into the inner circle.