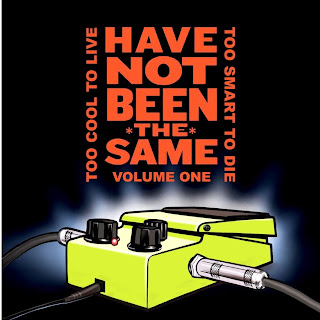 I turned 40 two days before this show. It was awfully nice of Portishead—in Toronto for the first time in 14 years—to allow me to cross their name off my list of must-see acts, acts whose music has altered my life in one way or another. At this point, I’m not sure there’s anyone left on the list who is a) alive, b) still performing, and c) not in an artistically decrepit state.

Though their beloved debut album came out in 1994, Portishead are not an oldies act; their 2008 album Third found them pushing themselves into darker directions much more abrasive than anything they’d ever done, and worlds away from the trip-hop movement they helped spawn—and that they quickly grew to despise for the milquetoast yuppie sex-party soundtrack it was. In Eye Weekly’s 2008 cross-Canada critics’ poll, Third took the top spot.

That album is now three years old and apparently there’s a new one on the way. Despite defining the zeitgeist in the mid-’90s, Portishead have always existed in a timeless continuum, borrowing heavily from the past (soul, jazz, blues, hip-hop, film soundtracks) while simultaneously forging future sounds. So while there was the occasional moment at this show where Geoff Barrow’s scratching sounded gimmicky whereas it once sounded groundbreaking, Portishead still sounded as fresh as they did the first time I heard “Sour Times” in a record store and was stopped cold in my tracks.

Portishead don’t do anything half-assed; they take their time, do what they want when and how they want to do it. It’s well worth waiting for. The visuals, a mix of live editing and animation resembling early ’70s children’s TV shows (hello, fortysomethings), were stunning. The band was almost flawless; the only quibble I could make was that the keyboardist didn’t use the theremin placed right in front of him for “Mysterons.” Beth Gibbons’ voice is even more impressive live: not just for the way she injects extra intensity into every line, but for her ability to convey fragility and strength at the same time. Like Feist, she can project intensity without belting it out; unlike Feist, she sounds like she deeply feels every single word.

The set leaned heavily on Dummy and Third, almost ignoring the self-titled second album, which is my personal favourite (only “Over” and “Cowboys” made the cut). I’ve barely listened to Dummy in the past 15 years, just because it was played to death in the college town where I spent the ’90s; hearing this seasoned band dig into those grooves now was extremely satisfying.

It seems silly to criticize Portishead for being too good at what they do, but the cumulative intensity was almost overbearing. Welcome breathers came from tracks like “Magic Doors,” with its cowbell funk, and a stripped-down version of “Wandering Stars,” with Beth Gibbons singing over just two guitars and embarking on the scariest scat solo you’ll ever hear in your life.

So: amazing band, amazing show, bla bla bla. Here’s the thing: as someone who spent the better part of his 20s in love with the first two Portishead records, finally seeing them live as I turn 40 was revelatory. I’d never really fully absorbed the torturous angst in Gibbons’ lyrics, although I obviously knew they were there, and her delivery alone speaks volumes more than the words themselves. Mostly I was in love with the music. Listening closely to her now, I realize how perfect her pain sounded to an owner of a lonely heart—and how I’m no longer that person, thank God.

In my youthful naïvete, the song “Glory Box,” with the chorus “Give me a reason to be a woman,” went right over my head. Why does she need a reason to be a woman? I wondered. Now I hear the narrator as a young person slightly terrified of her own sexuality, tired of playing teasing games with childish men, and longing for deep connection with someone outside the shallow small-town dating pool she’s swimming in. She’s stuck in an arrested adolescence, longing to transform into a confident, mature adult—which most of my generation (and my small college town) did for far too long, myself included (and some are still there). What’s more, the song ends with Gibbons abbreviating the line to just “Give me a reason to be”—an existentialist demand if there ever was one.

The newer material from Third is musically just as impressive as anything they’ve ever done, with the exception of “Machine Gun,” which works well enough on the recording but is interminable live, saved only by the visuals. And yet there’s something missing for me; I don’t feel it as deeply as I did when I wallowed in woe alongside Gibbons, when I felt every emotion with much more intensity than I do now. On Third, she’s still in that same emotional place—in her lyrics at least, I hope not in real life—and sings, “I’ve travelled so far but somehow feel the same / I’m so unsure.”

Now that I’m 40 and under the illusion that I’m somehow more mature and wise, I don’t expect nor want Portishead to sing about shiny, happy people. I want them to continue to do whatever the hell they want and make brilliant records and stunning stage shows. And I want to thank them for coming back into my life at this particular milestone—and not just so I can check them off on my gig scorecard.

Posted by mmmbarclay at 10:05 PM No comments: