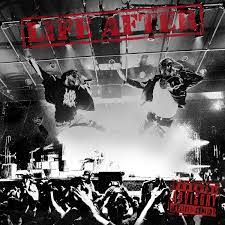 This year’s Polaris Music Prize will be handed out this Monday, September 19. Normally in this space, for the past 16 years, I’ve devoted extensive digital ink to the shortlisters and albums I think should have shortlisted. This year, my life is upside down for various reasons* and my extracurricular music writing has taken a hit, so I won’t be doing that. (I did a long list deep dive in June, here.) But there’s another reason I’m keeping this (relatively) brief: this year’s shortlist leaves me unusually cold.

This isn’t the first time that’s happened. But it is unusual. In Polaris history, including recent years, there’s usually only one or two records on the shortlist I don’t care for (sometimes they win!). This year, there’s only one or two records on the list I actually do care for. If I don’t have anything nice to say, I don’t even have mental energy this month to say anything at all. Some of the 2022 shortlist records are promising, or just okay; some are by artists I have great respect for but these records just don’t do it for me. A few of them I find interminable and/or downright unlistenable—including one by an artist I’ve loved for a very long time. To each their own.

So here’s who I do want to talk about: 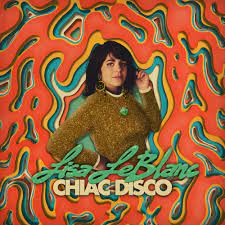 Lisa LeBlanc – Chiac Disco. This is a gas. It’s a party in a can. It practically projects a mirrorball into the listener’s surroundings and makes you feel like rollerskates were just magically strapped to your feet. The Acadian franglais gives it a unique twist. The musicianship is amazing: who is this bassist? (Of course I have no liner notes; I’m waiting to buy a copy when she comes to Toronto on… March 16, 2023?!) The keyboardist is also killer. But also: sacré Jesus, le entire groupe. This doesn’t sound like some overproduced digital bullshit. It sounds like a band that spent the last year playing every taverne from Gatineau to Gaspé, from Montreal to Mistissini. The songs are great. The strings are sumptuous, even more so on ballads like “La poudre aux yeux.” And you gotta love a Covid-era disco banger titled “Veux-tu rentrer dans ma bubble?”


Will it win? Well, only one franco record has ever won (Karkwa), and that was in 2010. She’d be the second New Brunswicker, after Jeremy Dutcher (who also didn’t sing in English). But the biggest knock against Chiac Disco for Polaris is that IT IS SO MUCH GODDAM FUN. Looking at past winners, I can only see one record that actually feels like a good time, and that’s Kaytranada’s 99.9%, which won in 2016.

Will po-faced Polaris nerds embrace the pleasure principle? I’d say no. Especially not for what could successfully be argued is a retro record. But here’s hoping Lisa LeBlanc dances all the way to the bank, one way or another, Polaris or not.


Snotty Nose Rez Kids – Life After. This can and should win. You should, of course, inherently mistrust any 50-year-old white man’s opinion of current hip-hop, but I find these two MCs electrifying in ways I don’t hear in anyone else not named Haviah Mighty or Little Simz**. As lyricists, of course—they effortlessly mix the political and the playful—but also with fiery delivery that flies in the face of the nihilist ennui enveloping modern trap. “Grave Digger” is an absolute all-timer but also specifically now, post-Kamloops: “My very existence is a resistance.”

The music this time retains the fiery punk energy of earlier records (they also go full-on punk with the help of last year’s shortlisters the OBGMs), but has more nods to pop—which I initially resisted, but they wear it well; “Uncle Rico” is a total jam, and “After Dark” is… lovely and zen?! And I will never not love their extensive use of “niichii” as a term of brotherly affection that replaces that other n-word. Again: that’s me, the Canadian history student (with family history in the Rez Kids’ hometown of Kitimaat).

Because I love two records on the shortlist, here’s eight more that would make my ideal personal shortlist (all Laurentian elites, sorry ROC):

Ada Lea – One Hand on the Steering Wheel…

I also came late to Abigail Lappell’s Stolen Time, which came out in April. And Lil Andy deserves a chutzpah award for his box set project under the alias Hezekiah Procter, which involves ancient recording technology and an accompanying novella.

Go listen to some great music right now. The gala will be live on CBC Gem Monday night at 8pm.

Posted by mmmbarclay at 12:28 PM No comments: