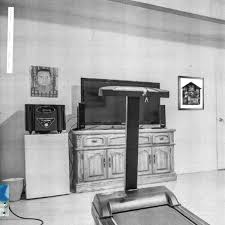 In my (limited) experience, Ottawa is a conservative music town. Lots of great music, but to this critic’s ears there’s an inherent politeness and adherence to convention that can be stifling at times. Cross the river over to Gatineau, however, and things get real weird. Fast. Like this band, who sound like the wheels falling off Deerhoof’s touring van. Their second album, Le Mal—“the sickness”—opens with a staggered, stuttering groove that recalls Mary Margaret O’Hara’s “Not Be Alright,” if it was arranged by Mike Patton and featuring Kid Koala on turntables. The rest of the record gets weirder from there.

Vocalist JFno is muttering and snarling about something, but even if he was singing in English (he’s not) the meaning would be secondary to the way he’s integrated into the interplay between everyone else. Killer drummer Olivier Fairfield (Timber Timbre, Last Ex, Andy Shauf) is the principal driver here, his art-damaged Tony Allen licks challenging guitarist/bassist Pierre-Luc Clement to a rhythmic game of chicken, each daring each other to land on an unpredictably syncopated beat. Saxophonist Linsey Wellman skronks sporadically, popping up like a Whac-a-Mole in the rare spaces left open by Fairfield and Clement. The most traditional track here is the dark post-punk of “Soft Purse,” and it’s less than two minutes long. It’s also the only composition that doesn’t appear here twice—ostensibly, anyway. The titles of the second half of the record are variations of the first, and though there are similarities between each version of each title, they have about as much in common as Agent Dale Cooper’s doppelgangers in Twin Peaks: The Return. Which is another way of saying: this glorious mindfuck of an album makes as much sense as you let it, depending on your willingness to surrender. "Your world is my mystery gift," sings a small chorus of women here. Right on.

Posted by mmmbarclay at 11:02 AM No comments: