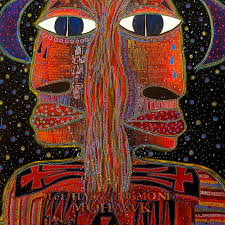 Tom Wilson has a story to tell. He always has. Until somewhat recently, he didn’t even know what it was. As he details in his 2017 memoir Beautiful Scars, his family was full of all kinds of secrets, one of which—spoiler alert—is that the lifelong Hamiltonian was born to two Mohawk parents in Kahnawake, outside Montreal.

On the fourth album by his current band, Lee Harvey Osmond, the former Junkhouse leader uses the title track to set an excerpt of his book to music. It is evocative and haunting, setting the scene for Wilson’s first visit to Kahnawake to meet his sisters. As spoken-word verses with a sung chorus, it’s not unlike Robbie Robertson’s “Somewhere Down the Crazy River” (produced, of course, by fellow Hamiltonian Daniel Lanois), though Wilson easily beats Robertson at his own game.

The direct connection between Mohawk and Beautiful Scars (the book, that is, which shares a title with the third LHO album) ends there. The rest of the record is business as usual for Lee Harvey Osmond—and business is good. Moody, bluesy folk rock that leans toward the minor keys, it’s driven by the slow, loping bass lines of Anna Ruddick, perfectly tasteful guitar work by the wizard Aaron Goldstein, and evocative horn lines by Darcy Hepner. It all underscores Wilson’s delicate baritone, as always delivered like an old carny sharing secrets with you in a southwestern Ontario town after the Ferris wheel shuts down for the night. Harmonica from Paul Reddick and backing vocals by Suzie (Oh Susanna) Ungerleider are welcome additions. (Both will join the band at the Horseshoe on Friday, Jan. 25.)

Producer/co-founder Michael Timmins once again brings an obvious Cowboy Junkies vibe to the whole affair—most explicitly on a faithful cover of that band’s underrated 1996 single “A Common Disaster,” which is ripe for rediscovery.

Despite Wilson’s persistence in clinging to this truly awful band name, Lee Harvey Osmond remains an embodiment of 50 years of roots, rock, folk and blues in this province—from Ian & Sylvia and The Band to Jennifer Castle and Timber Timbre—and should be considered a national treasure. There’s nothing here to surprise fans of the first three records, but not enough people heard those albums—so hopefully Wilson’s new literary profile while shine some more light on his new songs. (Jan. 25)

Posted by mmmbarclay at 6:56 AM No comments: