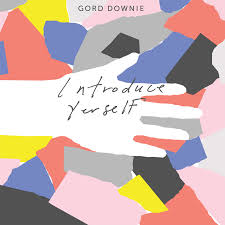 Most people don’t get a chance to say goodbye. Despite the tragedy of his brain cancer, the late Gord Downie had the luxury of having one of the longest goodbyes in music history: first in the triumphant final Tragically Hip tour in the summer of 2016, and now in the flurry of music he recorded in the last two years of his life.

Details of those other final projects have yet to be officially announced, but it’s hard to imagine any will act as a better epitaph than Introduce Yerself, recorded in two four-day stints a year apart: one in January 2016, shortly after Downie had a craniotomy, and another in February 2017. It’s being released 10 days after his death.

This was what Downie wanted to make sure he left behind more than anything else: 23 songs written as love letters to people near and dear to him. To his parents, to his siblings, to his children, to the women he loved, to his old friends, to his new friends in James Bay, and of course to his beloved bandmates. There’s even one dedicated to Lake Ontario.

Downie was never a writer to mine his diaries for lyrics. When he did write deeply personal songs, like “Fiddler’s Green” or “Toronto #4,” they were open-ended enough that listeners could interpret them a variety of different ways. It wasn’t until 2006 that Downie discovered that love makes the world go around—20 years into his career as a songwriter, it was only then that he started writing silly love songs. “I was avoiding it for all those years probably for some high falutin reason,” he told George Stromboulopoulos that year. “I probably didn’t trust myself to not lapse into some kind of sappy sentimentality. Sentimentality is really, really dangerous in my line of work. Taking the crack at it is the most important thing.”

Introduce Yerself is incredibly personal and full of intimate details—“Bedtime” documents the minutiae of putting an infant to rest—and yet each song is a secret code to the recipient. Only if you are in Downie’s inner circle or have mutual friends could you begin to guess for whom each of these songs are written—and even then it might be a mystery. There are many songs about women: his mother? His sisters? His daughters? The mother of his four children? Ex-lovers? New lovers? Who the heck is “Nancy”? Only on the song titled “My First Girlfriend,” about a teenage romance with someone six years older (!) can we be sure. (Or not: apparently it's actually about idolizing his eldest sister.)

The title track is about that old trick to cover for memory lapse in social occasions: when you can’t remember someone’s name, get an adjacent friend to introduce themselves, prompting the mystery person to say their name. This entire album is Downie convening the most important people in his life and introducing them to each other—but without ever saying their names.

There are a few obvious recipients of these letters, namely the ones about his children, like “Bedtime.” “Spoon” is about bonding with his son over the Texan band of the same name, of going to a show together when the boy was too young to stay up late. “Love Over Money” is clearly about the Tragically Hip, about the band of brothers who were not always the happy family they projected to the world, but who navigated a rough road and triumphed in the end—they even “deafened the husband of the Queen of England,” a reference to a command performance where Prince Philip complained about the volume. It’s an obvious point of pride for Downie.

An album like this is critic-proof, of course: what, are you going to judge a dying man’s correspondence with loved ones? This intimate exchange wouldn’t necessarily be recommended to anyone who isn’t already a massive fan—although, as we found out in the outpouring of love last year, there are few Canadian music fans of a certain generation who don’t have at least a soft spot for Downie.

It is a long record; were it not for the gravity of the situation and the speed with which it was made, it could certainly stand to lose some of the less developed ideas. (Obviously that was not an option.) It shares some commonalities with Stephen Merritt’s self-explanatory 50 Song Memoir from earlier this year, or Greg Keelor’s elegies for his late father, Seven Songs for Jim. It’s like Songs for Drella in reverse: that album by Lou Reed and John Cale was written about Andy Warhol after his death. This is the dying artist writing with affection about the community that has always surrounded him.

Musically, it’s a natural sibling to Secret Path: producer Kevin Drew co-wrote most of these songs, based on his piano sketches and with melodies by Downie. Drew’s producing partner Dave Hamelin is also on board, as is Downie’s longtime engineer Nyles Spencer and his best friend, Dave “Billy Ray” Koster, on some drum tracks. There is nothing rock’n’roll or folkie about this: this is reverb-drenched, late-night cabaret, with Peter Hook bass lines and more than a few Brian Eno atmospherics. More plaintive tempos dominate, but there are also several songs that could double as Broken Social Scene rockers, if there were layers of electric guitars here—which there are decidedly not. Even more so than Coke Machine Glow or Secret Path, this music is naked and vulnerable. Which is exactly what it’s supposed to be.

That last Tragically Hip tour was simultaneously an act of enormous generosity to his fan base, and yet it was still intensely private: we knew very little about what his daily struggle was like. This album is much the same: it’s a gift to those close to him, and by extension to his fans, but there is still so much about Downie that will always be unknowable. 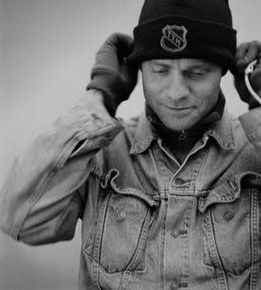 Gordon Edgar Downie now walks among the stars. He died last night surrounded by his family. For them, and for his bandmates, for his friends, for his professional associates, and for the hundreds of people whose lives he touched personally, the loss of his generous spirit and physical presence is immeasurable.

For the millions who had a relationship with only his work, his words and his music are still with us, and always will be. The music Gord Downie made with his brothers in the Tragically Hip is part of our country’s history. Their impact will be felt many generations into the future. But Gord Downie was always situated in what he called “the never-ending present.” He felt the most important work you’ll ever do is the work being done right now. That applied to the last two years of his life in particular.

Until their last decade, the Tragically Hip released new music every two years, like clockwork. They never took an extended break from the road--not even when threatened by terminal tragedy. Downie released five solo albums in between, and toured behind them. (More are forthcoming.) Every show was different. Every show would surrender to the spontaneity of the moment. Nothing is more vital than the here and now. With your family. With your friends. With your peers. With total strangers, in a communal celebration. Or all alone, listening to music that makes you feel the same way today as it did in in 1987; in 1997; in 2007.

“I want you to enchant my days
Onward, daily, forward, away”

In 2017, Gord Downie is now gone. If we are to honour that legacy, we should embrace that never-ending present, to leave nothing on the table, to “use it up,” to enable beauty, to build the Canada of the next 150 years. “All songs are one song, and that song is: don’t forget.”