Speaking of which: Hearts on Fire: Six Years That Changed Canadian Music 2000-05! It came out in April! Go buy it! Listen to the playlists! It's about, among other things, the artists that inspired the Polaris Music Prize to exist. I'll be speaking at the Bookshelf in Guelph on Tuesday June 28, in Uxbridge at the Springtide Festival on Friday July 22, and at the Hillside Festival on either July 23 or 24.

You can find this year's Polaris long list here.

Every year I break down the long list of 40 albums up for the prize, and this year it goes a little something like this:

Toronto/GTA: 15 (includes many migrants from elsewhere)

Montreal: 13 (includes many migrants from elsewhere)

Quebec City: 2 (Hubert Lenoir, Les Louanges; do they both live in MTL now?)

The mysterious Orville Peck isn’t the only one with tricky geography. Tanya Tagaq is from Cambridge Bay, Nunavut, but has lived in many places and has been based in Toronto for many years. Arcade Fire are ostensibly still a Montreal band although the primary couple spends most of their time in New Orleans and the drummer is now in Australia. Backxwash grew up in Vancouver but began their career in Montreal. Lisa LeBlanc is an Acadian from New Brunswick now based in Montreal. Montreal’s Basia Bulat grew up in Toronto and started her career in London, ON. Stars is a Montreal band full of Torontonians and one of their singers now lives in Vancouver. Tanika Charles is a Toronto artist who grew up in Edmonton. Shad grew up in London, ON, began his career in Toronto and lived in Vancouver for many years. Ouri is a South American who grew up in France and is now based in Montreal.

I don’t doubt there’s even more movement in the stories of other long-listers.

At the peril of misgendering anyone, it looks to me that there are 19/40 female-fronted or female solo acts; three others identify publicly as non-binary.

At the peril of… everything, I would guesstimate that 18/40 artists are racialized minorities; four of those are Indigenous.

This gets trickier and tricker and more fluid every year. Half of these records I would hesitate to slot into any particular genre at all other than the "pop" umbrella, whatever that might mean.

Of the other half, I’d say there are:

5 records that could be identified as modern R&B in its many forms (Adria Kain, Charlotte Day Wilson, Tanika Charles, Pierre Kwenders)

2 that could be argued are experimental (Tagaq, Joyful Joyful)

There are three franco artists: Lydia Képinski (my fave), Hubert Lenoir, Les Louanges, and two franglais Acadians: Lisa LeBlanc and P'tit Belliveau. And Pierre Kwenders continues to do whatever he wants in whatever language he chooses. In other words, six non-anglophones in total.

Arcade Fire and the Weeknd are the only two names here that will come up in lay conversation. Maybe Orville Peck. Possibly Stars or Pup. But expect a lot of shrugging and the age-old response of “I’ve never heard of any of these people.” Which is exactly why you should listen. 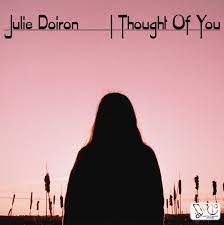 The old-timers this time are Stars, Julie Doiron and Destroyer, children of the 1970s who are all on the other side of 50. Tanya Tagaq is only a couple of years behind them.

Stars have quite a long gap between Polaris appearances: the last time they were long-listed was 2011, for The Five Ghosts. But that doesn't beat Julie Doiron: the last time she appeared on a Polaris shortlist was 15 years ago, in 2007, at the second Polaris ever. You can call these a comeback! 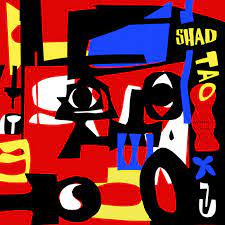 Hall of Famers moving up the ranks:

I tabulate the Hall of Fame by according 3 points for a win, 2 for a shortlist and 1 for a longlist.

CAVEAT: Accuracy by no means guaranteed. I’m not getting paid for this!

Arcade Fire now joins them with 9 points: 1 win, 2 shortlists, and now their second long list. They also won the Heritage Prize for Funeral (not factored in here).

Shad is also now tied for first place with the above, despite never having won (4xSL, 1 LL). This year, if he shortlists or wins he’ll be on top.

(Second tier, with 8 points, has Drake, Owen Pallett and Dan Boeckner of Wolf Parade / Handsome Furs / Operators. No change there this year: Drake's Certified Lover Boy did not make this year's long list.)

Basia Bulat and the Weeknd move to the third tier of the Hall of Fame (7 points), alongside Feist, Joel Plaskett, New Pornographers and Patrick Watson.

The Weeknd now holds the quantitative record for most Polaris appearances: six. However, he's never won and has only been shortlisted once, for his debut, House of Balloons (which lost to Arcade Fire's The Suburbs).

BadBadNotGood and the Halluci Nation enter the fourth tier (6 points); both acts have shortlisted twice and long-listed twice before. They join US Girls, Metric, and Besnard Lakes.

Pup and Snotty Nose Rez Kids both enter the Hall of Fame with their third appearance on a Polaris list; both acts' previous two albums shortlisted (5 points). They join the Sadies, Daniel Romano and Tom Wilson (Lee Harvey Osmond, Blacke and the Rodeo Kings).

Runners-up on my personal ballot:

Suzie Ungerleider — My Name Is

Of the four previous winners on this long list, I think only Haviah Mighty has a chance at shortlisting. But Backxwash has surprised me before.

Several previous shortlisters are likely to make it again; many have momentum with widely acclaimed new records, though I wouldn’t put money on any in particular.

This could be a shortlist with many familiar names.

As for newbies, I expect Chiiild to do very well through this entire process.

Posted by mmmbarclay at 2:18 PM No comments: