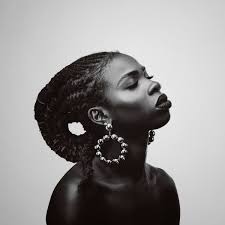 “My history is not viewed on a pedestal”
—Haviah Mighty, “Thirteen”

In the previous 13 years of the Polaris Music Prize, a rap record has never taken the top prize. It almost happened at least three times before, to the best of my knowledge. (I’m not allowed to tell you when.) In the year 2019, Haviah Mighty brought one home. Her record is called 13th Floor. It’s about subjects people prefer to avoid, about historical omissions. It broke a 13-year curse.

The first time I saw Haviah Mighty perform, at the Hillside Festival earlier this summer, she was so compelling on so many fronts—as a rapper, a singer, a wordsmith, a performer—I thought I was watching the second coming of Lauryn Hill. So it wasn’t at all surprising that 20 years after Hill made history with the first rap record to ever win Album of the Year at the Grammys, that Haviah Mighty would break the glass ceiling at Polaris.

“I work / All the fucking time,” proclaimed fellow shortlister Marie Davidson on stage earlier that evening. But watching Haviah Mighty take the stage, it was clear who was going to work their ass off that night to give the performance of a lifetime, a five-song medley of tracks from 13th Floor. The Fanshawe College grad roamed the stage like it was the Scotiabank Arena. She had choreography, dancers, and a guest turn from her sister, Omega. Another sister played jazzy piano in the band—apparently the first time Mighty had ever performed her music with live musicians before. Opening her medley with “Thirteen,” which packs the punch of a Malcolm X speech in the space of a few verses, she echoed Kendrick Lamar’s “Blacker the Berry” at his legendary 2016 Grammy performance. (This being Polaris, she didn’t have access to costumes, black light, dozens of dancers, or a large bonfire as a backdrop. But she didn't need them.) This was a performance by a woman who was not going to be ignored, as she rapped: “I’m darker than my friends … I gotta do four times more to get two times less.” Work it, she did.

My money for the prize was actually on Snotty Nose Rez Kids, an Indigenous rap duo from Kitimaat, B.C., who would also have been the first Western Canadian winners (hopefully that’s rectified sooner than later—have you heard that new Begonia record?). Haviah Mighty was my second bet. I thought a rap record would win either way. But it’s incredibly important that the first rap Polaris went to a black woman from the Greater Toronto Area. After all—as Maestro and Chuck D and countless other will tell you—the story of Canadian hip-hop begins with Michie Mee, from Toronto’s West End, who cut her first single 32 years ago.

Much respect to Shad, who was shortlisted this year and is also the host of HBO/Netflix show Hip-Hop Evolution (season three just launched). He has a record four appearances on a Polaris shortlist—all more than well deserved, but it also speaks to the shallow pool from which Polaris often draws its shortlists.

Kaytranada won the Polaris in 2016, for a mostly instrumental album heavily informed by hip-hop. That was a huge breakthrough. But until the Rez Kids, there were only three other rap artists to shortlist more than once: Drake (3x), K’naan (2x) and Cadence Weapon (2x). That’s four artists whose work comprises most of Polaris’s rap history. The only other rap acts to ever shortlist were bilingual Acadian crew Radio Radio—which was a head-scratcher for most hip-hop fans—and, uh, Ghostface Killah, for his collaboration with BadBadNotGood.

On top of that, the only other black women to ever be shortlisted are Cold Specks (2012) and Zaki Ibrahim (2013). With Dominique Fils-Aimé also on this year’s shortlist, it was the first year two black women were on a Polaris stage. (It should be noted that Arcade Fire’s Régine Chassagne, like Fils-Aimé and Kaytranada, is Haitian-Canadian; her band has won once and been shortlisted two other times.)

All that adds up to Haviah Mighty’s win being a big breath of fresh air.

Her win is being widely recognized for the breakthrough it is, but usually only as a throwaway line in a news item. She won! Kendrick might have a Pulitzer, but has never won the Grammy for Album of the Year; neither has Beyoncé; that Grammy hasn't gone to a rap act since Outkast—a whopping 15 years ago.

The Polaris Prize itself is still a curiosity for much of Canadian media, despite the fact that its jury is populated with music critics. Editors don’t place much stock in the prize, hence Polaris articles don't get green-lit. Other than media sponsor CBC Music, this year’s pre-Polaris coverage elsewhere amounted to crickets. Perhaps not that surprising: other than Jessie Reyez and maybe Shad, there were no names that would register for anyone but diehard music fans. I’ve long lamented that the Polaris doesn’t get the same amount of coverage as the literary Giller Prize—another juried prize where the shortlisted titles are often unknown to larger audiences—which speaks to the marginalization of serious music coverage in this country.

At the gala I was talking to a peer slightly older than I am, who started out in Toronto campus radio in 1985; as a huge champion of homegrown hip-hop from almost day one, he was visibly moved by Mighty’s win. But he’s no longer a writer. So when someone like Haviah Mighty takes home the prize, and makes history doing so, what does it say about Canadian media that no one bothered to put the win in context? The best we could do was this piece by Brad Wheeler in the Globe and Mail, which at least went slightly deeper than a line or two. Am I missing anything?

Who called Michie Mee for a quote? Who called Zaki Ibrahim? Nana McLean? Lillian Allen? Sate, the daughter of Salome Bey? How about Ron Nelson—can we assume anyone in a position of power even knows who Ron Nelson is? (Shout out to Del Cowie, who’s currently writing a long-overdue history of Toronto hip-hop for ECW Press.) Furthermore, did anyone even notice in 2016 when The Weeknd became the first non-white artist ever to win Album of the Year at the Junos?

I’ve always known I live in a country with terrible cultural amnesia, a country where art made by marginalized communities has been historically ignored. I’ve been complicit, tacitly and otherwise. I’m excited a new generation of artists is changing the game. But is Canadian media even close to catching up? Or does everyone think just a few tweets and a pat on the back will suffice? Is that the future of cultural history in this country?

While I have your attention, Haviah Mighty is rejoining her group The Sorority for dates in B.C. and Ontario with Snotty Nose Rez Kids this November. That will be one for the history books. See you there.