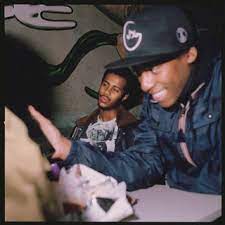 Well, this is quite the list. It's wild. I love it.

I would understand if you don't: there are only two "names" on the list of 40 that most people who don't work in the music industry will recognize (Daniel Lanois, Kathleen Edwards). There's only about eight others that might register (Tobi, Weather Station, Mustafa, Art Bergmann, Charlotte Cardin and previous shortlisters Cadence Weapon, Besnard Lakes and Dominique Fils-Aime). That leaves (at least) 30 underdogs. This field is wiiiiiide open.

(UPDATED) No one in the Polaris Hall of Fame is on this longlist (nor were they eligible this year). But Cadence Weapon now enters with his fifth nomination (including two shortlists). The Besnard Lakes now have four appearances, with two shortlist nods and two longlist nods.

Take the rest of this post with several grains of salt; I'm deep in another project and don't have a lot of time to get too far in the weeds here. Corrections are welcome.

The 2021 list is full of new blood, even with 68-year-old Art Bergmann on there: from what I can tell, 26 artists here have never been on a long list before.

24 are either female, female-fronted, or non-binary.

From what I know, five are Western Canadian (Art Bergmann, Sargent X Comrade, Vagina Witchcraft; Yu Su; the trio of Shabason, Krgovich and Harris are two-thirds Vancouver). I don't think Cadence Weapon identifies as Western Canadian anymore, seeing how he's writing to his MPP and roasting Toronto mayor John Tory. (UPDATE: the rapper messaged me to say that he's "Edmonton for life.")

I don't see any Atlantic Canadians here, other than those backing up Toronto artist Fiver. Montrealer Russell Louder grew up in P.E.I.

15 artists are from Quebec; one of those is from a remote community north of Quebec City (Laura Niquay). Three are francophone (Sagot, Klo Pelgag, Thierry Larose); Charlotte Cardin has sung in both English and French, though her 2021 album Phoenix is largely in English.

Allison Russell, formerly of Po' Girl and Birds of Chicago, was born in Montreal, lived in Vancouver and Chicago, and now lives in Nashville. Daniel Lanois is living in Toronto these days, though he has a place in L.A.--which is where Torontonian Rochelle Jordan lives now.

That leaves a whole lot of Ontario on the list. Which is fine by me, if you look at the diversity of people and sounds: the Indigenous electronic music of Zoon, the anthemic pop of Nyssa, the stunning modern balladry of Mustafa, the punk of OBGMs, the gorgeous roots music of Julian Taylor, the new-school hip-hop of DijahSB, the nerdcore art folk of Bernice.

From what I can tell, more than half (22) of the longlisters are racialized minorities; four of those are Indigenous.

Aggressive music is usually marginalized. This year there are two incredibly heavy records by Montreal's Big Brave and the Winnipeg band with the best name on the entire list: Vagina Witchcraft.

There's more instrumental electronic music than usual: CFCF, Zoon, Yu Su. I didn't really see any of those coming, but that's just me. The Shabason/Krgovich/Harris album is not instrumental, though it certainly taps some Eno/Hassell vibes, and was accompanied by a full-length instrumental version.

Coupled with those polarities are the more folk-festival sounds of Julian Taylor, Allison Russell, Dominique Fils-Aime and Mustafa. 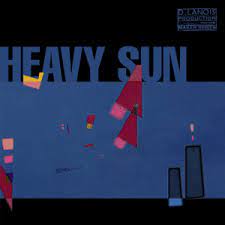 Shout out to the 40+ crowd for hanging in there: LAL (second longlist in a row), Julian Taylor (who just had his best year ever), Art Bergmann (Order of Canada), Kathleen Edwards (this makes up for the Juno snub), Daniel Lanois (career best), and dark horses the Besnard Lakes. I'm guessing the youthful Allison Russell is over 40; she was in Po' Girl 20 years ago. I have no idea how old Sagot is; he's always sounded at least 70 (glad he's finally getting some overdue Polaris recognition).

Shout out also to the influence of Jane Siberry, whom I've been thinking about a lot while listening to Leanne Betasamosake Simpson, Bernice, Thanya Iyer, and Helena Deland.

And much love to eight great records I've been listening a lot that didn't make the list:
C. Diab - White Whale
Alias Ensemble - s/t
Greg Keelor - Share the Love
Serena Ryder - The Art of Falling Apart
Fly Pan Am - Frontera
Vanille - Soleil '96
The Garrys - Häxan: Witchcraft Through the Ages (Original Score)
Jennifer Castle - Monarch Season
My totally random guess for the ten spots on the shortlist? I'm not going to do that, other than to place money on Mustafa. The other nine? I have no idea.
Short list is announced July 15.
In other news, goddammit I miss music festivals, the kind where I could see all of these artists this summer.

Posted by mmmbarclay at 1:43 PM No comments: