Here’s your 2019 Polaris Music Prize long list, with my breakdown of it below. For those keeping track, I called 28/40. Always nice to see some surprises. 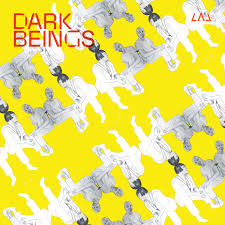 Familiarity factor:
The list is almost exactly half new faces, half old faces.

First time on a Polaris list (not counting debuts): 13.
Congrats, Voivod! But especially LAL, who’ve existed largely on the margins of even their hometown of Toronto for 20 years now.

Francophones: 5 (plus instrumental artist Alexandra Stréliski)
Allophones: 0.25 (some songs on the Elisapie record)

Getting up there: Fucked Up, Operators, Sandro Perri, Lee Reed, Shad

Geography:
As always, assume that about half the acts from Toronto and Montreal originally hail from somewhere else (i.e. Calgarian Yves Jarvis, whose career has been based in Montreal). Also: I have no idea where Shad lives these days. Is he back in Vancouver? I put him in Toronto.

I did not expect to see these 10 on the shortlist:

Charlotte Cornfield. This record has a lot of love on the jury (obviously), but I wasn’t sure this Toronto songwriter (and club booker) would be able to reach beyond her city limits.

Dilly Dally. This band is not on my radar, musically. More power to them for that.

Dizzy. This band is also not on my radar. Partly because I confuse them with Dilly Dally, for reasons that have everything to do with spelling and nothing to do with music.

The Dirty Nil. I do not get this band at all. Nice shirts, though.

LAL. This duo have been underdogs for so long that I never thought they’d be on a Polaris list. But the latest record got them some incredible reviews, including from younger jurors who might not even know the legacy.

Jean Leloup. The man is a legend, and his last album should have shortlisted (rumour has it that it missed out by a single ballot). But this album appeared a week before this year’s voting deadline, and I wasn’t sure enough jurors from either franco or anglo pools would have time to rally around it, especially because it’s an understated acoustic record.

Shay Lia. This woman has had a good buzz since appearing on Kaytranada’s Polaris-winning album a while back, but I wasn’t sure if this EP would vault her onto the list on her own.

Shawn Mendes. In the category of “it’s so popular that it’s a dark horse,” this chart-topping record garnered some last-minute discussions among jurors, one of whom admitted that this was the one album they listened to the most in the last 12 months, and others (like me) had to admit that they’d come around to its charms. Jim Di Gioia of Dominionated wrote a great piece about poptimist prejudice against male pop stars, who are not afforded the same benefit of the doubt that the likes of Carly Rae Jepsen are among critics.

Operators. Dan Boeckner’s output carries a lot of weight with Polaris jurors, which is why I was shocked that Operators’ debut album didn’t make the long list a couple of years ago. I wondered if jury turnover meant that this new one would miss out as well, so consider this a comeback. (Even though I prefer that neglected debut.)

Sandro Perri. Perri is much beloved among the more experimentally minded corners of the Polaris jury, and this four-song album contains one 23-minute track and three variations on a theme. I wasn’t sure that would break through all the noise, but I’m glad it did.

Lee Reed. This veteran Hamilton MC, who started out with a politically charged, live funk band called Warsawpack in the early 2000s, proves that Snotty Nose Rez Kids are not the only anarcho-punk hip-hop act cranking out future classics.

Tobi. This debut is a lovely R&B record that I discovered late in the Polaris cycle, and I hope it finds many more ears after landing on the long list.

Wintersleep. These veterans have never caught the ear of Polaris before, and those earlier records were wildly successful. I didn’t expect that pattern to break now. But the incredibly catchy radio single “Beneficiary”—with the highly unlikely, Midnight-Oil-ish, white-guilt chorus of “I’m the beneficiary of genocide”—was an unavoidable triumph.
CORRECTION!!!! Juror Holly Gordon pointed out that they longlisted in 2008. Apologies for missing that.

Most sorry omission:
Digawolf – Yellowstone. I voted for it. You should hear it.

Shocked not to see:
Akua – Them Spirits. This Solange associate had a lot of love on the jury.


Dan Boeckner of Operators now has SIX Polaris nods in the course of his career, including two shortlist spots (one each for Wolf Parade and Handsome Furs). That’s more than anyone else in the prize’s history.

Following him is Tom Wilson of Lee Harvey Osmond, who marks his fifth appearance on a Polaris long list, putting him alongside fellow 5x-ers Drake, the New Pornographers and Arcade Fire (although those three artists either shortlisted or won the prize; Wilson has only ever longlisted).

In the heroes to zeroes category, Drake’s Scorpion did not longlist this year. Neither did the new Black Mountain album, which would have given the Vancouver rockers their fourth Polaris nod.

Others in the 4x category of the Hall of Fame are BadBadNotGood, Bahamas, Basia Bulat, Joel Plaskett, the Sadies, Daniel Romano, Patrick Watson and The Weeknd. Joining the Hall of Fame this year is Shad, whose last three albums were all shortlisted.

Conspicuously absent from the 2019 list: popular favourites Arkells, Alessia Cara, Drake. But that’s what the Junos and Grammys are for.