The last installment of the Top 30 of '08. Apologies for the brevity and the occasional recycling, but as my dear friend James Rocchi likes to say, December and January give every critic a bad case of "Top Ten-donitis." Part one is here; part two is here. 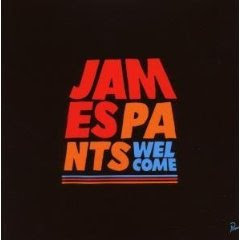 James Pants – Welcome (Stones Throw).
There’s a function on most music software called “quantizing,” which ensures that every element of a track is synched-up rhythmically. It’s ensured that almost all hip-hop and electronic music of the last 20 years never misses a beat—literally. I have no idea whether the man who calls himself James Pants, a bedroom producer from Spokane, Washington, is prone to abusing his “quantizing” function, but I doubt it: his raw, synth-y take on early ’80s electro jams excels with elasticity and loose grooves that sound tangible as opposed to mechanical. Handclaps, cowbells, MPCs and 808s accentuate garage rock drumming, with bubbly bass lines that slip into punk, jazz and funk. Controversy-era Prince and the Beasties’ Check Your Head are obvious influences, but there are more than a few other ants in Mr. Pants to keep us guessing. 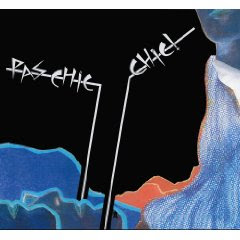 Pas Chic Chic – Au Contraire (Semprini).
Montreal’s Pas Chic Chic give Franco pop a swift kick in the derriere, taking the Farfisa organs and song structures and stripping them of any twee leanings. Instead, they install an amplified arsenal of electric guitars that swirl around the pop melodies and threaten to drench them with droning psychedelics, while the rhythm section dallies back and forth between the dance floor and pummelling their point home. Sometimes that happens in the same song, like the album’s aptly-titled centrepiece, “Vous Comprenez Pourquoi?”, where searing, screeching guitars take over a the harrowing mid-section of a dramatic and driving pop song. Imagine Sonic Youth and Black Mountain bum-rushing the stage at a Belle and Sebastian show. Even at its most punishing and sinister, Pas Chic Chic manage to convey sentiments of sweetness and hope, when they’re not delivering menace, mystery and melody in equal doses. (adapted from a review that ran here in April) 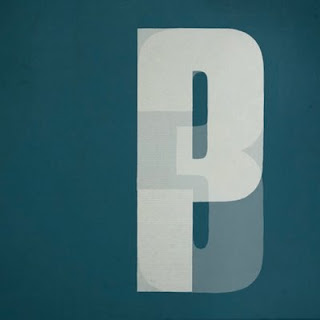 Portishead – Third (Universal).
Loneliness never sounds lovelier than in the hands of Beth Gibbons and Geoff Barrow, who return after nine years with an album that is as dark, distorted and disorienting as it is entirely intoxicating and gorgeous. This also vindicates their legacy, which was tarnished by far too many wussy jazz singers setting half-assed torch songs to downtempo hip-hop. Even in its quietest moments, Third is a tough, tenacious and often downright creepy. If they disappear for another decade in order to craft an album as good as this one, it's worth the wait. 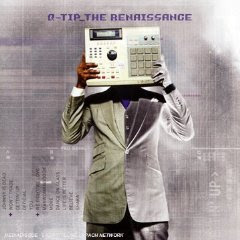 Q-Tip – The Renaissance (Motown/Universal).
LL Cool J put out an album this year—did anyone care? Questions about artists’ ability to age well in a hip-hop career continue to be valid, but no one told Q-Tip. Maybe a nine-year absence makes his flow grow fresher, but the Abstract MC hasn't been this on his game since the heyday of his beloved early '90s crew A Tribe Called Quest—and yet this is not a retro rehash. He’s still smooth like butta, baby, though he has yet to cheeze out entirely in his middle-age (the extraneous Norah Jones cameo notwithstanding). When he branches out into discofied funk (“ManWomanBoogie”) or guitar grooves (“Good Thang”), he pulls it off with aplomb. While many of his peers are spinning their wheels, this may well be launch Q-Tip’s own full-blown Renaissance. 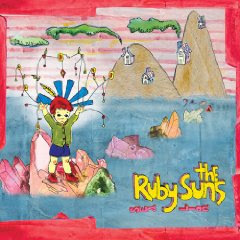 The Ruby Suns – Sea Lion (Sub Pop).
Singer/songwriter Ryan McPhun has lived by the ocean all his life: first in California, now in New Zealand. It certainly sounds like he’s spent a lot of time meditating in front of vast expanses of water; not only do many of his songs evoke a lush, warm and tropical ambiance, but you can actually hear the ocean in the background of several tracks here, with either actual birdsongs or instruments that are reverb-ed beyond recognition until they sound like aquatic fauna. There are certainly moments where it sounds like Sigur Ros staging an operetta in a grotto where the piano is slipping into the sea. But this isn’t one of those soothing “sounds of nature” albums for your massage therapist. The beauty of Sea Lion is its ability to create an entirely logical, self-contained environment where Phil Spector produces New Order on a remote African island. An acoustic Brazilian rhythm might be interrupted by an interlude of ukuleles and coconuts, which is then swept away by a loping brass section and Hawaiian guitar before giving way to African guitar lines and a choir singing in Maori. Sure, sometimes it sounds like a lo-fi Fruitopia commercial. More often than not, however, the adventures of McPhun and the Suns add up to a wildly rewarding ride that’s a wonderful left-field surprise. (adapted from the original review that ran here) 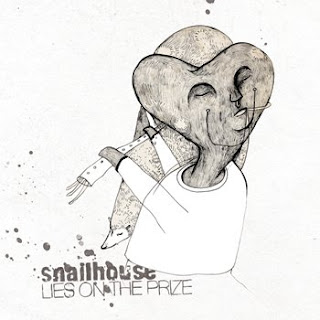 Snailhouse – Lies on the Prize
(Unfamiliar/Saved by Vinyl).
Mike Feuerstack has spent his career in the trenches of Canadian indie music, and only now is finally reaching the prime of his career: everything here—his singing, his songwriting and his sense of arrangements—is far and above superior not only to his own discography, but to that of most of his peers in 2008, including his disciples such as The Acorn and Bruce Peninsula. Plenty of his extended family of collaborators chip in here, including old friend/drummer/producer Jeremy Gara (Arcade Fire), Angela Desveaux, and members of The Acorn and Bell Orchestre. Feuerstack’s previous work as Snailhouse had him pegged as a bit of a sad sack; while Lies on the Prize certainly has its melancholy moments, it's also a mature work that successfully balances his earlier prog influences with more straightforward singer/songwriter fare. Feuerstack has the age and experience to write with a mature voice where pessimism and harsh realism never surrender entirely to cynicism; he might live in a world where “they’ll only hear you when you lie,” but still believes that “all in good time you’ll wake up feeling fine.” These lucky 13 tracks comprise the most underrated Canadian album of 2008, which was released last June to little fanfare. With an album this timeless, however, it’s never too late to catch up. (adapted from a review that ran in the K-W Record on December 31) 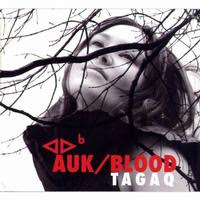 Tagaq – Auk/Blood (Jericho Beach).
Considering that the origin of Inuit throat singing is a competition between two women, Tagaq plays very well with others on her sophomore album—though not necessarily other vocalists. Duets with Mike Patton and Buck 65 fall a bit flat, compared to the way her (literally) breathtaking vocal textures weave through string arrangements by Jesse Zubot and the Kronos Quartet. Tagaq is a force of nature whose live performances are largely improvisational, but here she inhabits just enough structure to allow others into her world. Her sexuality is visceral and demanding, and on “Hunger” she slows down for a sensual reflection that's spinetingling. There's no one else in Canada—and very few anywhere else in the world—who is taking vocal music to the extremes that Tagaq is. 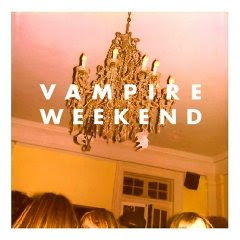 Vampire Weekend – s/t (XL).
This album has had 12 months to sustain the avalanche of hype—after all, what band lands on the cover of Spin with their debut album? And yet, 10 flavours-of-the-months later, this still sounds refreshing and charming, the sound of an excitable young band throwing everything they have into three-chord pop songs: harpsichords and strings, African guitars, and a love of propulsive '60s pop, never once being more busy than they have to be. Where they go from here doesn't even matter; this is a classic debut in the vein of the Violent Femmes, Jonathan Richman or the Hidden Cameras. 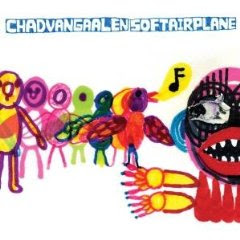 Chad Van Gaalen – Soft Airplane
(Flemish Eye).
This humble Calgarian is a creative hero to many Canadian musicians, and this album provides 13 reasons why (along with the animated videos this multi-disciplinary artist made to accompany them). Van Gaalen makes 21st century folk music with acoustic guitars, harmonicas, video game technology, found objects, banjos and bleeps—all adorning songs suited for campfire ghost stories and layered with equal parts distortion, dissonance and devastating beauty. Van Gaalen's quavering falsetto sings, "Nobody knows where we go when we're dead or when we're dreaming," but judging by the spellbinding sonic landscape he's created here, he knows a thing or two about alternate realities. 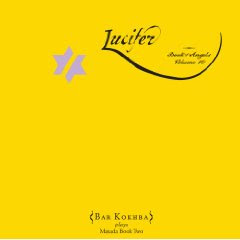 John Zorn's Bar Kokhba – Lucifer (Tzadik).
Just look at the line-up here, and you know you can't go wrong: the Masada String Trio (Mark Feldman, Greg Cohen, Erik Friedlander), Cyro Baptista, Marc Ribot, and Joey Baron, playing songs from Zorn's second Masada songbook. This is chamber music jazz with Latin percussion and Jewish melodic motifs played by six of the finest musicians in New York City, who weave in and around each other as soloists, duos and trios all in the same track. It's sumptuous, intoxicating and, despite its superficially polite reserve, has much more bite to it than Zorn's other 2008 foray into easy listening territory, The Dreamers. His Book of Angels series is where he's doing his finest work these days, and this may well be the best installment.