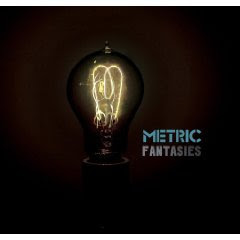 The album: Metric are every indie snob’s favourite whipping post, and Fantasies’ nomination was one of the most contentious topics of this year’s pre-Polaris discussion. But don’t hate them because they’re popular, or because you—and everyone else—have trouble navigating their indier-than-thou talk versus their careerism. Instead, give Fantasies a fair shake—you might be as pleasantly surprised as I was.

I won’t mince words: I used to hate Metric, for musical reasons alone. I’d heard all the albums. I’d seen them live several times. I’d walk into situations where their music was playing, and not knowing what it was would ask, “What is this shit?” I recognized that Emily Haines was a compelling band leader, but couldn’t help but notice that most critics talked more about that than Metric’s actual music. It seemed to be all posture, no pop.

One listen to Fantasies caused a complete 180. From the opening track and lead-off single “Help I’m Alive,” it’s obvious that Metric has matured in leaps and bounds. Nothing feels forced, everything can breathe, and yet they’re not taking anything for granted: it still sounds like they’re going for the gold.
Every track—even a relentless rocker like “Gold Guns Girls”—has canyons of space for the melodies to soar over top. And what melodies they are! Who knows what Haines and James Shaw were up to during the three years they spent working on these songs, but it sounds like they spent most of it woodshedding until they were left with 10 untouchable tracks that make their peers Feist and Stars sound like atonal flounderers.

Sure, part of me would rather see the Polaris go to an underdog. But this band has worked their ass off through thick and thin and have made what is hands-down the best record of their career, and the best Canadian pop album of 2009 that wasn’t made by Handsome Furs.

A small part of me can’t believe I just said all that.
The chances: Strong. If this album could win me over, anything can happen. Unless the jury wants to punish success—and hey, this is Canada. 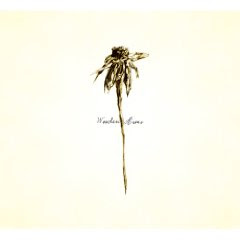 The album: There was some consternation when the nominees were announced about the number of repeat nominees from previous years. But here we have not only a previous nominee, but a previous Polaris winner, and one that I would argue has made a better album than the one they won for. Should that be held against them?

I’ve always thought the four guys who comprise Patrick Watson (the band, not the eponymous leader) were immensely talented, but on Closer to Paradise they seemed to be aiming to make bombastic pop music when they should really be scoring art films.

On Wooden Arms, they lean more toward the latter. Watson himself doesn’t feel he has to show off his astounding vocal instrument every time he opens his mouth; it’s simply another tool, along with those deflating balloons that Simon Angell somehow uses to coax bizarre sounds from his guitar. With the exception of “Beijing” and “Big Bird in a Small Cage” (the latter is an unfortunate title that’s hard to mention without visualizing Sesame Street), the songwriting takes a back seat to mood and texture here. Which is not a problem with a band as in love with abstractions as this one is, but it means that much of Wooden Arms sounds merely inconsequential.
Even when listening alone in a room with no other distractions, it somehow becomes background music.

The chances: Who knows? No one expected them to win last time, either, did they?! This is first time a nominee will have the albatross of a previous win circling around the jury room. And a bird in the house means… 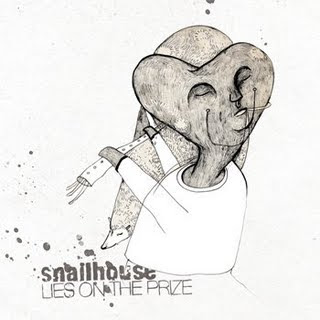 Snailhouse – Lies on the Prize (Unfamiliar)

The album: I remember seeing Mike Feuerstack play Snailhouse shows around the time he released his 2005 album The Silence Show. Every time he’d play a killer song, I’d heckle—hoping to help him sell some new CDs—“Is that on the new album?” And every time, he’d have to chuckle and say that no, in fact that’s an even newer one.

All those “newer ones” make Lies on the Prize the best album he’s ever been associated with—that includes four others as Snailhouse, and six with the Wooden Stars (and one of the latter was a collaboration with Julie Doiron; this trumps even that indie classic).

There was also no better singer/songwriter record released in Canada during the Polaris qualification period, which is why this landed at number one on my ballot.
Recorded with the able help of Arcade Fire drummer Jeremy Gara, there’s nothing particularly special about this album, other than the sheer strength of the songwriting and solid performances from Feuerstack’s enviable circle of regular collaborators. That doesn’t make for a flashy sales job, admittedly, nor does a previous review of mine that praised Feuerstack’s “mature voice where pessimism and harsh realism never surrender entirely to cynicism.” 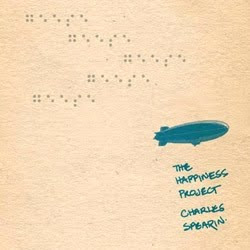 The album: By recording his neighbours’ ruminations on happiness and setting it to music—literally, transposing the cadence of their speech into musical notes—Charles Spearin was inspired to create The Happiness Project, which turned out to be much more than a good NPR story: it’s an intriguing, imaginative and powerful piece of music.
It’s playful and poetic, it’s upbeat and jazzy and esoterically calming all at once. It’s sensual in the true sense of the word, and I know from first hand experience that it can brighten the darkest winter days when it seems like springtime will never come.

“Happiness is love,” says Mrs. Morris, in the opening track named after her. Both live and on record, The Happiness Project is love.

Why it struck out: It could be Broken Social Scene fatigue, even though this is drastically different than the Kevin Drew and Brendan Canning albums released in the last 18 months. More likely, however, it could have been a split vote between this and Bell Orchestre among the art rock crowd (admittedly, this happened on my ballot—and then neither made the shortlist).