It's Polaris Prize season again, which means that music critics across the nation are reaching fever pitch trying to hide the fact that they actually care quite a bit about who ends up with a $20,000 cheque at the end of Monday night. As they should--ultimately, they're collectively responsible for the shortlist, from which the winner will be chosen by 10 selected jurors.

Polaris season inevitably means many incoherent rants about what the prize is and what it isn't and whatever Writer X thinks it should be and whether or not anyone even listens to albums anymore. Some people like to complain about the shortlist and then admit that they like at least half of the artists on it. Some people think the prize only awards safe, predictable choices--and then almost everyone is surprised at the final result, every single goddam year. Which really means that most of the snipers are just upset that they weren't able to predict anything at all.

With the exception of the first year, I've been wrong every single year. I don't see why this year will be any different.

That said, today and tomorrow I'll post my annual charge to the jury, along with 10 other albums I would have loved to have seen on the shortlist--many of which made the long list of 40, so I can't really complain.

And the first five nominees are: 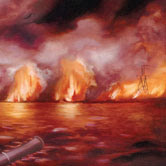 The chances: Fair. The people who love this band love them to bits. And Roaring Night is a definite improvement over Dark Horse—which in turn was leaps and bounds above their debut, so on the other hand this is a band that continues to improve. Their masterpiece is most likely ahead of them. Considering the competition, this is probably not their year. 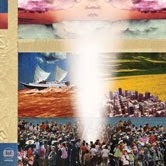 The album: Broken Social Scene and I are fair-weather friends. That is to say, I love 2002’s You Forgot It In People as much as anyone, and I can take or leave pretty much everything else they’ve ever done. Having said that, I love this album: it’s full of pop hooks, sonic experimentation, a surprising Krautrock influence, a star turn by new singer Lisa Lobsinger, stellar production, and Justin Peroff delivers the best performance by a drummer I’ve heard this year. String sections, horn sections and multiple guitar lines bob and weave around each other yet never distract from the unity of purpose. I don’t know nor do I care what “Texico Bitches” are (though I can guarantee it’s not the prescient political statement some lugheads thought it was when the BP oil spill hit), but the lyrics on “World Sick” give me chills, as does the melody on “Sweetest Kill.” Forgiveness Rock Record is diverse, daring, and deserves all absolution for past sins, perceived or real.

The chances: Good. The last time they were on a Polaris shortlist, it was for their divisive self-titled album, which—according to Stuart Berman’s book This Book is Broken—even the band itself was divided on. Forgiveness Rock Record has brought old fans back into the fold, but it’s unclear whether the unconvinced are on board. Jury members might be either sick of this band or never cared in the first place; with the kind of baggage this band carries around, hopefully objective ears will prevail. “It’s the year 2010,” goes a line in the triumphant “Water in Hell”—a year that could well belong to Broken Social Scene. 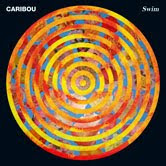 The album: Caribou picked up a Polaris two years ago for Andorra, an album that saw him shifting away from his electronic and psych-rock beginnings toward a ’60s-tinged pop sound. Swim sees Dan Snaith moving forward yet again, retaining the melodic sense of Andorra with an intriguing mix of acoustic and electronic sounds that sounds worlds away from anything else he’s ever done. “Odessa” was a perfect summer dance single; “Found Out” does his peers the Junior Boys better than they do themselves; likewise, “Bowls” betters Caribou’s one-time mentor Four Tet. But mostly, Swim sounds like no one other than Snaith himself, an eclectician and sound scientist giddy with endless possibilities. Surely that’s him we hear cackling like a monkey on “Odessa,” delirious with joy about the wonder he’s created.

The chances: Merely fair. Because no matter how good Swim may be—and it’s Snaith’s best work in an already impressive discography—the fact that he’s a previous winner in the short history of this prize may work against his chances in the jurors’ minds, subliminally or otherwise. 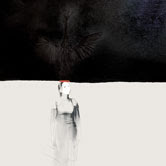 The album: This Quebecois band has been around for 12 years, this is their fourth album, and yet it’s safe to say precious few in TROC have ever heard of them, despite their popularity in their native province. Listening to Les Chemins de Verre, it’s easy to understand the cultural gap: there is an entirely different vernacular at work here. Never mind the language difference; this music sounds entirely foreign, in ways that bands like Sigur Ros or Dungen or, I don’t know, even Tinariwen doesn’t. The previous Polaris franco contender, Malajube, came from prog and punk reference points that translated universally. All of this is a long-winded way of saying that I simply don’t get it. Thankfully, Ben Rayner does.

The chances: Fair. Its difference could work in its favour, especially since most jurors probably feel like they’ve heard enough of the other nominees, and their respective genres, already.

The album: There’s nothing I can say about this album that the title doesn’t. I will say, however, that I met Dan Mangan at last year’s Polaris. He is, in fact, very nice.

The chances: Depends on how many CBC Radio programmers are on the jury. Or twentysomething university students. Or both. Either way, it will answer the eternal question: do nice guys finish last? 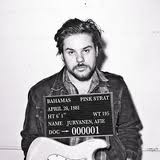 The album: A lovely, low-key debut from Feist’s guitarist, sung in a morning-after voice—although judging by the longing in the lyrics, there was no loving to be had: “In the morning I woke up, and the whole thing was in my head.” Afie Jurvanen makes tasty guitar licks sound effortless, which combined with the fact that he sounds like he’s singing in a reclining chair, makes listening to Pink Strat as easy as relaxing on a beach in, uh, the Bahamas. Though it’s a promising debut, its one downfall is that every time it comes up on my shuffle, I think it’s M. Ward.

Why it didn’t make the short list: Despite his famous friends, not many people heard this album in time for it to make an impression; it likely scraped onto the long list on the strength of two or three extremely enthusiastic supporters in the jury. Expect his forthcoming album, recorded with the Weakerthans’ Jason Tait, to make big waves. 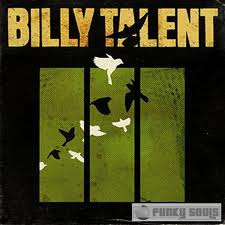 The album: I’ll admit I fell in love with this via Stockholm syndrome, because my teenage stepkiddo plays it relentlessly and mastered every bass line on it. As a result, I probably heard this more than any other Canadian album released in the qualifying period. Thankfully, it’s really good: though they started out as a slightly screamo, Buzzcocks-influenced melodic mall punk band, Billy Talent have come a long way, and producer Brendan O’Brien (Bruce Springsteen, Pearl Jam) brings out subtle nods to R.E.M. and The Police inside the huge riff rock that they’ve now mastered. Ben Kowalewicz is not only less cartoonish now that he’s on the other side of 30, but he’s an increasingly impressive singer. “Saint Veronika” not only gave the stepkiddo an excuse to read Paulo Coehlo, but it was one of my favourite melodies of 2009; “Turn Your Back” is the rare song that makes me feel 16 again. Billy Talent are a teenage rock fantasy that this adult doesn’t feel guilty about at all.

(P.S.: Ben, Ian, Aaron and Jon: if I could get your autograph, I’d score major points at home and would be eternally grateful.)

Why it didn’t make the short list: Billy Talent do it for the kids, not the critics. And sadly, headlining the Air Canada Centre doesn’t mean they’re taken seriously. No matter—surely they’re laughing all the way to the bank. 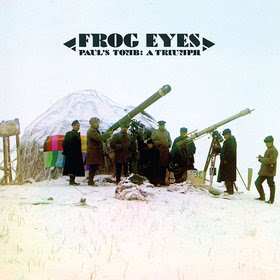 The album: I’ve had many musician I admire tell me for years that Carey Mercer is a genius. I never bought it. Until now. While I found early Frog Eyes albums somewhat intriguing, they seemed stuck in a rut and Mercer’s Beefheart strut got wearisome quickly. Here, however, there are far more dynamics at play, and his usual maelstrom of madness is tempered with majesty and melody. The guitars sound fantastic, and drummer Melanie Campbell steers the ship that’s always in danger of capsizing completely. Paul’s Tomb is certainly an exhausting listening experience—as is everything Mercer is involved with—but it’s also utterly fascinating.

Why it didn’t make the short list: Frankly, because most people hate this band— if they’ve heard of it at all. The fact they made the long list was a minor miracle. Carey Mercer frightens most, and infuriates others. It’s too bad that some who wrote him off ages ago might not give this album a chance. 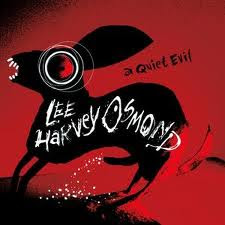 The album: A bunch of CanRock survivors—Tom Wilson (Junkhouse, Blackie and the Rodeo Kings), Michael Timmins (Cowboy Junkies), Josh Finlayson (Skydiggers, Country of Miracles), Colin Cripps (Crash Vegas, Kathleen Edwards) and elder statesman Brent Titcomb (Three’s a Crowd)—unite to play some spooky blues and Velvet Underground jams in the wee hours of the night. It’s not unlike the magical mystery of the first two Cowboy Junkies albums, even if it’s more muscular and in clearer focus. Indeed, it seems to have sparked something in Timmins, who also just released the finest Cowboy Junkies album in 15 years, Remnin Park. And it’s hands down the best album Tom Wilson has ever been at the centre of—whether or not you consider that faint praise.

Why it didn’t make the short list: Too old and taken for granted. Polaris is a young man’s game, though they did squeak on to the long list. Also, it’s too weird for folkies and too folkie for weirdos, plus some critics thought the whole thing was too slapdash—though I’d argue that’s why it worked.

The album: Together indeed, as every member of this uncommonly talented band brings their A-game to their fifth album. Kathryn Calder has fully grown into her role, and she and Neko Case play off each other perfectly. Carl Newman coughs up his best set of songs since at least 2005’s Twin Cinema, perhaps even since the New Pornographers’ 2000 debut Mass Romantic. Everyone else provides the muscle and ornamentation that make this band the dense delight it is. At this point, their biggest problem is that people take them for granted.

Why it didn’t make the short list: Fucked if I know.

Posted by mmmbarclay at 6:24 PM