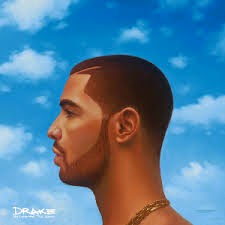 The Polaris Prize long list will be announced on Thursday: 40 albums released between June 1, 2013 and May 31, 2014 voted on by over 200 music critics and DJs (including myself) across Canada. From there, a shortlist will be chosen on July 15 and a winner, who will take home $30,000, is announced September 22.

When I was on the Polaris Prize grand jury in 2012, I saw in a room with 10 other jurors and argued until we all chose Feist's Metals as the winner. Dominating the discussion outside the jury room that year, however, was Drake: Take Care was certainly the most commercially and critically successful album of the year; if it had won, it would have been the first hip-hop album to take Polaris.

This year, Drake’s follow-up to Take Care, Nothing Was the Same, has the same level of buzz. Very little else does: his only real competition is Owen Pallett, the winner of the inaugural Polaris back in 2006, whose new album, In Conflict, is almost unanimously praised as being his best; the dark horse is Tanya Tagaq, the wildly experimental Inuit throat singer whose new album, Animism, has drooling critics tripping over their dictionaries trying to find new ways to describe the indescribable.

Outside of those three, it’s anyone’s game. As I know from experience, anything else that shows up on the shortlist will be subject to careful scrutiny by the grand jury and has just as much of a shot at winning as the three I just mentioned. Polaris is ultimately a parlour game played out by those 11 people in the jury room; the significance of the winner means considerably less than the company they keep on the short and long lists.

I haven’t seen the long list yet. Like everyone else, I will see it on Thursday, June 19, when Polaris honcho Steve Jordan announces it from the National Music Centre in Calgary. I’ll be talking about it with Exclaim! Editor James Keast, Now Magazine’s Julia LeConte and CBC’s Lana Gay on a NXNE panel on Friday, June 20 at 1 p.m.

In advance of that, however, here are the 40 artists whose albums I figure will make the long list. This year, the long tail is longer than most, making most of these guesses stabs in the dark, based entirely on past juror behaviour, chatter in the jury’s private message board, and naïve hunches on my part. Take with several bags of salt.

Of all these, only three have been played on mainstream radio, to my knowledge (Arcade Fire, Drake, Duck Sauce)

Once the long list is announced, jurors are allowed to alter their ballots, either because some of their acts didn’t make the long list, or, well, just because. Barring any major upswell for an underdog long-list artist benefiting from the added exposure—which I wouldn’t rule out, based on this year’s long tail—here’s my shortlist prediction:

Posted by mmmbarclay at 3:37 PM