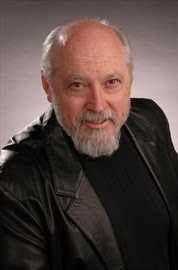 Philip Bast was one of the best.

The former arts editor of the Waterloo Record died peacefully in his sleep last night, age 63. The paper’s story is here.

He was a incredibly kind and generous and supportive man—and I’m not just saying that because he let me do whatever I wanted in the Waterloo Record column he gave me 15 years ago—which I still maintain, for reasons no one can figure out. I’m pretty sure no one there has even edited it since he retired. It’s the same column from which I repost reviews here.

I had just lost my job at a magazine for which I had sweat blood and invested considerable amounts of my non-existent savings while I worked for less than peanuts. It was my pride and joy, but I should have known that magazine—run on a shoestring and existing far outside anything that would ever add up to a real job—was never going to be my future. Philip Bast was the first person who called me to offer work, at a mainstream daily paper owned by Torstar. He wanted me to take over the CD review column and do whatever else I thought needed doing. Carte blanche, basically. To me, he was a man of a different generation and (largely) different tastes who recognized my worth as a writer—and that meant the world to me.

Such was our hands-off relationship that we didn’t have much of a real one. That didn’t preclude his face from lighting up the room whenever he saw me—or anyone, really—at the Jane Bond, with a slap on the back and a firm handshake and a greeting from a dulcet voice made for radio that, had it come from anyone else, might seem almost insincere. Philip Bast was nothing if not sincere. A good man. A real mensch. The last time I saw him was, sadly, seven years ago, when he drove from K-W to Guelph just to loan me a tarp to help my ladyfriend move to Toronto. I still have it. I'm a dick.

Everyone I know in the K-W arts community would tell me Phil was always at every opening, every CD release, everything arts-related that mattered in the town he loved—a town that loved him back.

He experienced a horrifying tragedy late in life; he soldiered through it with public grace and a seven-year trial. He was bought out of his job and offered a package to take early retirement—at the incredibly young age of 51 (if my math is correct). He started doing community television and became a videographer. He lived long enough to become a grandfather. On the night before his death of an apparent heart attack, he was out at a blues concert and a screening of a documentary he helped produce, on local bluesman Mel Brown.

He spent his final night editing video, saying goodnight to his wife of more than 40 years, and then falling asleep in his reclining chair watching the news.

Posted by mmmbarclay at 8:04 PM