That news, however, came to the band shortly after this album was written and recorded in the fall of 2015. Man Machine Poem, produced by Broken Social Scene’s Kevin Drew and the Stills’ Dave Hamelin, is not something Downie or the band knew would be a final statement, and should not be treated as such. Most important, long-dormant Hip fans who now have a sudden urge to see their teenage heroes one last time need to realize—dear God, if they haven’t by now—that this is not the same band who made “New Orleans is Sinking.” News flash: The Hip has not been that band for a very, very long time. If your impression of these Canadian heroes ossified in the early 1990s, then by all means cling to those first three albums during your mourning period. 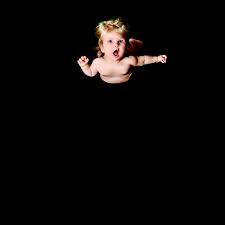 The Hip’s discography of the last 20 years is full of hits and plenty of misses, as surely even the most diehard fan will tell you. Will anyone be requesting songs from 2004’s In Between Evolution this summer? Not likely. On late-career peaks World Container (2006) and We Are the Same (2009), Bob Rock whipped the Hip into shape by helping them craft peppy pop songs (“Coffee Girl”), return-to-form rockers (“Family Band”) and ambitious song cycles (“Depression Suite”), which though successful, still felt a bit like the band members trying to fit into old pants—or new pants; either way, not their own goddam pants. Drew and Hamelin, on the other hand, turn the band loose, encouraging the Hip to dive into dream states, to paint with colours that more closely match Downie’s lyrical abstractions. Not that the producers are completely hands off: the songs here are intensely focused; there is no time wasted on pointless jamming, and, miraculously and most important, we don’t hear the same guitar solos we heard on every single Tragically Hip album before this one.

“Nothing works, and nothing worse / I’ve tried nothing, and I’m out of ideas,” sings Downie on “Great Soul,” which bears more than a passing resemblance to 1994’s “Grace, Too.” But really, he’s just baiting us, because this is band that suddenly seems bursting with new ideas—nothing remotely revolutionary in the world of rock music, of course, but the culmination of the direction has been headed since 1994’s Day For Night. Back then, they consciously pulled the plug on stadium rock and started taking lessons from such disparate teachers as Daniel Lanois and Eric’s Trip. Likewise, here the Hip dwell in dark sonic corners, rarely rocking out, delving into texture and nuance. This is the band they’ve been trying to be; Drew and Hamelin got them there.

The album opens with a tape-manipulated, pitch-shifting vocal; the rest of the incredibly sparse song sounds like nothing else the band has ever recorded. On the gorgeous and sparse “In Sarnia,” Downie sounds anguished, almost inconsolable, his lyrics collapsing out of the meter, often unintelligible; it sounds like a man giving everything he has in a jittery, nervous performance at odds with the languid groove. It’s a harrowing and gutsy performance no matter the context, especially now.

When the band does play it relatively straight, like on first single “In a World Possessed by the Human Mind,” they sound triumphant, not timid, like they’re ready to go another 20 years. Even a mid-tempo song called “Tired as Fuck”—which, when coming from a rock band in their 50s, practically invites mockery—has a strut and swagger to it, while Downie sings, “I want to stop so much I almost don’t want to stop.”

Kevin Drew says this album is about “memory, transformation and truth.” That’s all any of us could ask for in a document that turned out to be a final will and testament. “I want you to enchant my days, honour it daily,” sings Downie. That’s worked both ways now, for 27 years, for 13 albums, for the infinite times this band’s work has soundtracked and illuminated our lives.

Stream: “In a World Possessed by the Human Mind,” “Man,” “Great Soul”

Posted by mmmbarclay at 9:49 PM