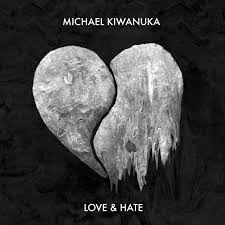 Well worth your while: Aaron Neville, Billy Talent

Streaming is great for sample purposes, but please find a way to support your favourite artists financially.

Thanks to everyone I ran into at last weekend's Hillside Festival who told me they read this blog faithfully. It's always nice to know I'm not writing into a total void. 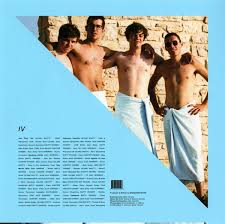 From Led Zeppelin IV to Black Mountain IV—hell, even Foreigner 4—and now the fourth album from Toronto hip-hop/jazz band Badbadnotgood, putting the number four in a title suggests you’re saving your best ideas for the music, not the marketing, and the fourth album is the ideal time to crystallize the myriad directions the band had taken up until now.

For Badbadnotgood—who, after starting out with jazz covers of hip-hop tracks, came into their own on a full-length collaboration with Ghostface Killah (Sour Soul) and their 2014 album III—this finds them stepping up their game once again, moving away from hip-hop slightly (collaborations with Kaytranada and Mick Jenkins notwithstanding) and toward the funk of Herbie Hancock’s Headhunters and the cinematic esoterica of space-age bachelor pad music a la Esquivel or Broadcast. They also dip into sultry soul music, with pop songs sung by Charlotte Day Wilson and a particularly surprising turn by Future Islands’ Sam Herring, on which he channels the late Bobby Womack.

Part of IV’s success is the natural evolution of these young players, but also the permanent addition of saxophonist Leland Whitty, whose guest spots on III were a highlight. Nonetheless, they enlist avant jazz star Colin Stetson to lend a beefy, baritone bottom end to “Confessions Pt. II,” where he trades leads with Whitty while the band vamps on what could be a ’70s action film soundtrack underneath.

Exciting as it is, even better is anticipating where this band will venture next. Just please, whatever you do, don't judge this album by the album cover. (July 7) 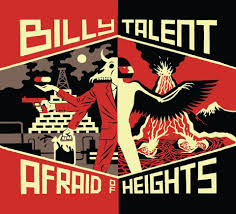 Against most odds, Billy Talent is still standing. The Mississauga band who first broke through in 2003 are now on the other side of 40; you’d think it’d be getting hard to tap into the energy of their bestselling debut—surely it’s time for the synth experiments or the pseudo-country ballads, no? Well, there are apparently some synths hiding here somewhere (underneath the wall of guitars on “Horses and Chariots”), but after the more “mature” Dead Silence in 2012, the band revisited their debut album for live dates celebrating its 10th anniversary, and releasing a hits compilation that served as a reminder of just how hook-filled and durable all those shout-y singles have proven to be. A comeback record could well be a bunch of old men trying to recapture old glories; the lyrics of “Louder Than the DJ” (“Those glory days aren’t over yet”) suggest a bunch of leather-clad grandpas squeezing into skinny jeans and yelling at rave kids; thankfully the song is much better than that.

Afraid of Heights is very much a sonic throwback of sorts, with only a few clunky spots (“The Clutch”) and one poor attempt at power ballad (“Rabbit Down the Hole”), which is helped only slightly by Ian D’Sa’s lyrical lead guitar. Otherwise, the fact that D’Sa has always had more complex pop songwriting skills than most of his peers continues to set the band apart; once the title track runs its course at rock radio, look for the anthemic “Leave Them All Behind” to dominate the rest of the year.

The sad news for fans is that drummer Aaron Solowoniuk’s MS has finally forced him to resign; he’s been replaced by Jordan Hastings of Alexisonfire, though Solowoniuk helped the band arrange in the studio and appears beside Hastings in the press photos. It’s not age that’s taken a toll on this band, it’s the disease they’ve been fighting since the beginning. (July 28)

Stream: "Afraid of Heights," "Louder Than the DJ," "Leave Them All Behind"

Blood Orange’s Dev Hynes plays well with others: in addition to his prolific and eclectic career as an artist (recording under several different monikers), he’s written and produced records by Carly Rae Jepsen, Solange Knowles, and Florence and the Machine. Here, on his highly anticipated third album, he enlists the likes of Jepsen, Blondie’s Debbie Harry, Nelly Furtado—even bestselling social critic Ta-Nehisi Coates and Bob Marley’s granddaughter, because, why not?

Blood Orange’s sound leans heavily on ’80s iconoclasts like Michael Jackson, Prince and Terence Trent D’Arby—though only the more outré moments from any of those artists, filtered through shades of ’90s trip-hop like Tricky. Though Hynes obviously loves pop music, he doesn’t write particularly catchy melodies himself. Instead, he offers languid, lush, sometimes experimental R&B, where the tiny details—a bass squibble here, a subtle jazz piano turn there—usually trump anything in the foreground. The parade of guest vocalists lend a diversity to a record that could easily fade into the background, but they’re not necessarily enough to stave off overall ennui. (July 7)

The U.S. hasn’t felt this politically divided and tumultuous since the late ’60s and early ’70s. And while Kendrick Lamar and Beyoncé provide fiery anthems and reflection as a soundtrack of the times, British folk-soul singer Michael Kiwanuka has delivered a comedown tonic for the end of each anguished day. His second album—four long years after his acclaimed 2012 debut, Home Again— is a rich and languid masterpiece, steeped in psychedelic blues, string-drenched soul, gospel vocals and more than a few nods to Marvin Gaye’s 1971 classic What’s Going On, as if it were reimagined by Portishead.

Co-produced by Danger Mouse (Gnarls Barkley, Black Keys, Broken Bells), Love and Hate strikes a perfectly consistent mood and tone: unhurried, gentle, yet feeling the weight of the world in every note. Kiwanuka himself is neither a showy singer nor one who retreats into whispers: his calm confidence is what glues this record together. So much of Love and Hate sounds like the flip side of Alabama Shakes’ 2015 summer soundtrack, Sound and Color: can someone put Kiwanuka and Brittany Howard in a room together, please? (July 21)

Aaron Neville is best known as the singer who NPR describes as “an angel who swallowed a wah-wah pedal,” a man best known for a series of hit duets with Linda Ronstadt in 1989-90. Despite his vocal gifts, his solo work is almost uniformly cheesy and lightweight—unlike, by comparison, his incredible work with his siblings in the Neville Brother in the ’80s (start with the Daniel Lanois-produced Yellow Moon).

Apache, on the other hand, might well be the funkiest record of Neville’s solo career. Recorded in New York City, his adopted home, with local musicians—including the Daptone horns—you’d never know he wasn’t still in New Orleans. But maybe absence makes the 75-year-old’s heart grow fonder: he’s clearly in a nostalgic mood, as “Stompin’ Ground” and other tracks illustrate.

No surprise here, but he’s also in a romantic mood. He remarried in 2010 after losing his wife of 47 years to cancer in 2008, and several tracks here—his first album to feature original material in 13 years—mine his mushy side, while avoiding the adult-contemporary trap of his ’90s hits.

Of course, there’s that voice, which hasn’t changed a bit since his first hit single 50 years ago. Rather than showing a scrap of age, it sounds better than it ever did—hard as that may be to believe. (July 21)

Pup – The Dream is Over (Royal Mountain)

This Toronto punk band themselves describe their second album as a “rowdy, noisy clusterf--k.” Yes, it’s rowdy and noisy, but it’s a lot more coherent (monotonous?) than that comment would imply. It’s an all-guns-blazing response to the end of one’s twenties, wondering if playing 200 shows a year is taking a toll on your domestic life, having to hear your doctor look at your vocal cords and tell you, “The dream is over.” A song called “Doubts” features the chorus, “What am I supposed to do now?” On “DVP,” friends chime in: “She says I drink too much / she says I need to grow up.” These are common rock’n’roll themes, and there’s no doubt that time logged on the road has made Pup a lean, mean rock’n’roll machine. But the best thing I can say about this record is that it makes me want to listen to Japandroids’ 2013 classic Celebration Rock: same theme, same punch, same raw power, much better songs. (July 21)

Stream: “DVP,” “My Life is Over and I Couldn’t Be Happier,” “Familiar Patterns” 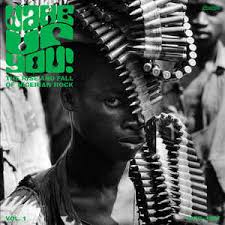 Every retro reissue trend dries up eventually, right? Surely there are no more hidden gems from the golden age of American soul music in the ’60s and ’70s left to uncover? Hasn’t every punk band who had five minutes of fame in the ’80s been unearthed? Even the 30-volume Ethiopiques collections of East African jazz and soul have finally trickled to a crawl. And so while the Fela Kuti revival in the early 2000s sparked an interest in Nigerian and West African music, which opened the floodgates to seemingly hundreds of quality reissues—of which at least a dozen could be considered essential to anyone remotely interested in the scene—even that treasure trove appears to be running dry. I mean, after the elusive William Onyeabor was discovered, what great mysteries were left?

So here comes a two-volume set, 10 years in the making, accompanying two 100+ page books written by Onyeabor biographer Uchenna Ikonne, chronicling the Nigerian psychedelic rock scene in the wake of the country’s civil war and the rise of Fela Kuti. Some of these names will be familiar to followers—namely the Funkees, who had their own anthology on Soundway Records in 2012—but the pleasure here is finding even more new names that haven’t been featured on comps like Nigeria 70 (Strut, 2001) or The World Ends (Soundway, 2010). Like that latter comp, the guitars here are raunchy and louder and more psychedelic than heard on the straight-up funk comps.

It’s a lot to wade through, but it’s a testament to just how musically fertile Funky Lagos was during this pivotal time. Rest assured it won’t be the final word on the subject, either. (July 7)

Stream: “Everybody Likes Something Good” by Ify Jerry Krusade, “Graceful Bird” by War-Head Constriction, “Never Too Late” by the Apostles

Posted by mmmbarclay at 1:00 PM