The 12th Polaris Music Prize gala is being held on Sept. 18, at the Carlu in Toronto, where 11 jurors locked in a room will decide which one of 10 shortlisted artists will get $50,000. All other nominees receive $3,000.

Every day this week I’ll look at two of the shortlisted albums, assess their chances, and celebrate two albums that didn’t make the shortlist—or, in some cases, even the long list. 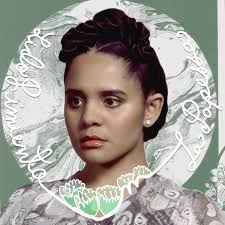 The album: La Papessa is the annual rebuke to those who think Polaris is far too predictable: Pimienta is entirely independent, releasing her own record without a publicist and only recently signing to a boutique management company. An Afro-Colombian Canadian, she sings entirely in Spanish. Her take on percussive electronic music is hazy and psychedelic, with nods to cumbia or reggaeton but blissfully faithful to no orthodoxy. Her vocals are at times seemingly untethered to the bass lines, stretching her songs melodically in ways that few artists peripherally connected to pop music dare to do (see: post-Vespertine Bjork). Pimienta is a fascinating vocalist, though clearly not to all tastes. I’ve read accusations that she’s wildly off-pitch in her upper register, which is patently false (listen to her birdcalls on “La Capacidad”). I suspect her melodies incorporate notes outside traditional scales that can create perceptions of clashing harmonies; she may well even be working with quarter-tones, but what do I know? That, combined with a sonic approach that sounds like little else I’m aware of (Arca remixing early Grimes tracks? Totó La Momposina working with Forest Swords?), make La Papessa equally appealing and alienating. Which, no matter how you feel about it, makes it great art.


The chances: Fair. As someone who reviews approximately 250 albums a year, I can tell you that many music critics love it when something tangentially tethered to a form they recognize sounds surprising and different from the 100 other random new releases that come across their desk that week. (That’s why four dudes playing guitar-bass-drums are easier to dismiss.) It inspires better writing and critical thought. It also inspires discussion, which is why I think this record might be the subject of much debate in this year’s jury room. Take a look at past Polaris winners, and this album could very well fit into a pattern. That said, this shortlist still pits Pimienta against her friends and collaborators A Tribe Called Red, whose tide lifts many boats. 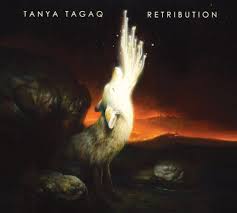 Tanya Tagaq does not fuck around. The earth is dying, we are killing it, and goddammit, this is what it sounds like.

That much can be inferred by the beauty and the horror evoked by the sounds created by Tagaq and her band, violinist Jesse Zubot and percussionist Jean Martin. But mostly, of course, Tagaq, whose singing voice is can be sweet and fragile—and whose throat singing can be terrifying at times.
Despite the power of her music, the musician doesn’t entirely trust the listener enough to get her message. Her press release states frankly: “This album is about rape. Rape of women, rape of the land, rape of children, despoiling of traditional lands without consent.” In the likely event you don’t routinely read artist statements, there’s a cover of Nirvana’s “Rape Me” that closes the album, just in case you weren’t sure what it is you’ve just heard. (“I’m not the only one,” she coos, no doubt as a nod to the MMIW issue she’s been illuminating for years now, but even more powerful post-Ghomeshi/Cosby/Trump.)
She also has introduced spoken word segments into her music, again underscoring the urgency of her environmentalist message. It’s not subtle, and it’s not necessary: her music speaks volumes on its own. Some guests are welcomed into the fold: most effective are Tuvan throat singer Radik Tyülyüsh, a natural cross-cultural collaboration, and Toronto’s Element Choir, whose orchestrated shrieks and howls have often accompanied Tagaq’s Toronto shows, including performances at the Polaris gala and at Massey Hall. Shad shows up as well.
Sadly, still no sign of a dream jam with Diamanda Galas. Next time.

Later thoughts: Tagaq and her duo, violinist Jesse Zubot and drummer Jean Martin, are incredible live artists. Every show is improvised. No show disappoints. Recordings are a trickier affair. They definitely nailed it on the Polaris Prize-winning Animism, a searing, visceral scorcher where only a couple of tracks failed to connect. Though Retribution broadens the palette, I didn’t find it improved what was already there, with the exception of the track with Shad. Comparing an artist like Tagaq to people who work in conservative song structures is ridiculous, of course, but so is comparing works within an experimental artist’s discography. For any fan, some records will click, and some won’t. This is all a half-assed attempt to say that I can’t articulate why I don’t think Retribution is as successful as Animism. Such are the pitfalls of subjectivity, especially with music that colours so far outside any lines.
The chances: Minuscule. As with Feist, it’s highly unlikely a past winner will repeat at Polaris. And again, a win for A Tribe Called Red would also be a win for Pimienta and Tagaq, who guest on that record. But you can fully expect Tagaq to conduct herself like lightning at the gala. 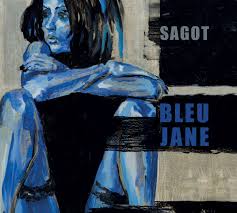 Sagot – Bleu Jane (Simone)
The album: (reviewed April 20, 2017)
Montreal’s Julien Sagot out-spooks Del Bel, Timber Timbre and any other moody Anglos this season on his third album, in which he sounds like a Satanic Serge Gainsbourg. Sagot’s wonderfully strange world is usually a solo affair, though this time he brings some friends into his louche lair, including Patrick Watson’s rhythm section. Bleu Jane is more bass-heavy and features more dense production than his previous two records, though that doesn’t mean it’s going to be any more commercially appealing to audiences in either official language. Not that it has to, of course: Sagot’s mystery is integral to his intrigue, and it makes him one of the fascinating artists in this country.

Recent thoughts: I haven’t seen the new Twin Peaks yet, but from what I hear Sagot does not play the Bang Bang Bar. This is a major oversight.

Why it didn’t even make the long list: Baisé si je sais. 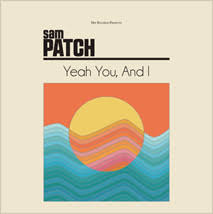 Tim Kingsbury is the last member of Arcade Fire, other than the two founders, to put out a solo record. “I never meant to bury it / But I was set in my ways … Is it too late to start again?” he asks on the opening track, “Oversight.” The answer is clear: of course not.
His colleagues Sarah Neufeld, Richard Reed Parry and Jeremy Gara have all explored more experimental and abstract music in their solo projects; Will Butler put out a loose and raw rock’n’roll record (and an even looser and more raw live album immediately afterwards). All of them except Neufeld are part of a cover band on the side, Phi Slamma Jamma, in which Kingsbury and Will Butler clearly have a blast playing songs by the Everly Brothers, Jonathan Richman, Neil Young, Devo, CCR, Prince and others. It’s that band’s set lists that, in retrospect, inform Sam Patch: catchy pop songs over standard rock’n’roll chords.
But Sam Patch often takes a more esoteric bent, with sci-fi synths slowly modulating over pulsing 4/4 rhythms on acoustic and bass guitar, while drummer Jeremy Gara syncopates underneath: it all answers the never-posed question about what a collaboration between Tom Petty and Stereolab might sound like. Kingsbury’s choice of synth sounds is gloriously kaleidoscopic, and he scores points with this reviewer for repurposing the sound of Rough Trade’s “Crimes of Passion” here on “Listening.” Basia Bulat plays bass and provides backing vocals, facilitating Kingsbury’s taste for rich harmonies. John McEntire and Doug McCombs of Tortoise assist on two tracks.

Kingsbury is not one of those mumbling sidemen who finally musters enough courage to step to centre stage: he was fronting his own band (featuring Richard Reed Parry) back in 2002 when he was first spotted by Win Butler, and here he proves to be an engaging vocalist, particularly on the sombre closing track, “Up All Night.”
Comparisons with his day job are inevitable, and so it boils down to this: Sam Patch has every bit the melodic and textural strength of Arcade Fire, without ever sounding claustrophobic and minus the tense dramatics (with the exception of the fuzzed-out rocker “Listening,” which provides the sole hint of menace here; meanwhile, “Never Meant No Harm” nods to the Caribbean rhythms of Reflektor). Kingsbury has always been the most underrated, invisible member of Arcade Fire; that perception ends right now. And with eight songs clocking in at 35 minutes, Sam Patch leaves us wanting more—much more.

Why it didn’t even make the long list: From what I can tell, few critics even reviewed it--and that was even before everyone got pissed off at the marketing campaign for the new Arcade Fire that arrived four months later. Like Kingsbury himself, the record is unassuming and not flashy in any way, and so was unlikely to stand out in a crowded field. But any fan of Arcade Fire, Basia Bulat, or Kingsbury’s old friend Jim Guthrie is well advised to track it down.