Two of my favourite records of 2018 come to life this Friday, December 8 at Massey Hall: Whitehorse and Terra Lightfoot make for one hell of a double bill. Limited tickets remain. 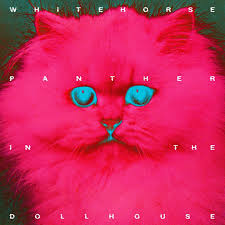 Most artists have a burst of inspiration in their youth, and they’re lucky if their prime creative period lasts 12 years, maximum. They might strike gold here and there later in their career, but old habits ossify and both artist and audience fall into a groove.

Then there are people like Luke Doucet and Melissa McClelland, two experienced solo artists who reinvented themselves as Whitehorse at the turn of the last decade. Everyone one of their three previous albums together was the best thing either had done to that point in their career. The fourth, Panther in the Dollhouse, is no different. They keep setting their own bar higher and higher—which would be impressive for anyone, never mind two people whose median age is 40.

Whitehorse is, at its core, two master musicians schooled in folk and rock, juggling guitar, bass and live drum loops in a live setting, with swoony harmonies. This time out, they employ more electronics than just loop pedals, as well as some funkier beats, courtesy of NYC hip-hop production duo Like Minds (Q Tip, the Roots). Nothing drastic: Doucet’s monstrously rich, twangy and tremolo guitar work is still front and centre, as are McClelland’s melodic bass lines.

The lyrics look at modern politics (“they’re screening refugees for authenticity”) and what happens when “all the normals are shutting off their lights.” “We hear the sniffles behind the bathroom floor,” they sing: “Is it cocaine or heartbreak? / We never can be sure.” If Whitehorse’s music is inherently slick and often pretty, the subject matter is not: especially the incredibly catchy and biting “Boys Like You.”

Both Doucet and McClelland are master storytellers, paying as much attention to lyrics as they do their instrumental skills. And though this has been said countless times before at various points in their career trajectory, they are truly at the top of their game right now.

Stream: “Boys Like You,” “Kicking Down Your Door,” “Nighthawks” 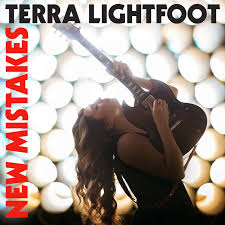 It’s been a hell of a ride, these past few years, for Hamilton’s Terra Lightfoot. Her second album, Every Time My Mind Runs Wild, got a soft launch in the spring of 2015 to expectations ranging from mild to low to zero. Yet almost everyone who heard it realized it was the arrival of a major new singer-songwriter; everyone who saw her realized what a powerhouse performer and guitarist she was. And lots of people saw her: plum festival gigs galore, plus opening slots for Blue Rodeo, Gordon Lightfoot, Daniel Lanois, Rheostatics, Bruce Cockburn and other dream dates. Everyone fell in love with Terra Lightfoot, and deservedly so.

Expectations are sky-high this time out. And she has no problem delivering.

On New Mistakes, the rockers are bigger. The ballads more intimate. But the real leap here is her narrative voice on tracks like “Norma Gale,” where the John Prine influence, which she references in lyrics elsewhere, manifests itself. (Read the incredible story behind the song here.) Behind her, her crack band add all kinds of tasty bits underneath the swaggering singer up front, never more so on the surefire set-closer “Hold You,” where every member of the band truly shines—as does the guest saxophonist who shows up in the last 30 seconds of the song and almost steals the show, Clarence Clemons style.

When classic rock stations claim they don’t have any room for new artists on their playlists, Terra Lightfoot should stroll through their doors with this new record and give them all a swift kick in their tired, saggy asses.

Posted by mmmbarclay at 2:11 PM