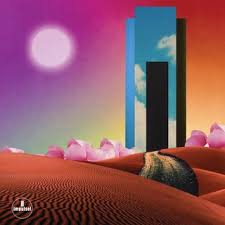 Look, with a name like this, the astronomy metaphors are going to flow easily. I’m often drawn to the psychedelic side of jazz I like to call “space music”—Sun Ra, ’70s Miles Davis, and anything remotely similar, right up to Kamasi Washington—but the Comet Is Coming seems like they’re actually trying to simulate an interstellar voyage. Their 2016 debut, Channel the Spirits, sounded like a rocket-fuelled thrill ride outside the atmosphere; this record is the sound of floating in space, with the odd asteroid belt throwing a few bumps into your path.

The Comet is Coming is led by saxophonist Shabaka Hutchings, a leading light of Britain’s fertile jazz scene; he also fronts the fiercely funky, two-drummers-and-a-tuba-driven Sons of Kemet and has a South African project called the Ancestors. He doesn’t work with half-assed drummers, and Max “Betamax Killer” Hallett is ferocious here. Keyboardist Dan Leavers unleashes waves of spacey synths that put every song into sci-fi territory, and not just the ones with titles like “Astral Flying” or “The Universe Wakes Up.” Hutchings also breaks out his bass clarinet, which I haven’t heard him do in his other projects.

“We're exploring new sound worlds and aiming to destroy all musical ideals which are unfit for our purpose,” Hutchings once said. With that in mind, the sky is not even close to being the limit here. 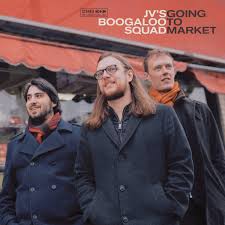 On the more conventional tip, this Toronto trio centres around Joel Visentin’s Hammond B3 organ, and ride grooves on the same train as obvious antecedents Jimmy McGriff or the Smiths, Jimmy and Lonnie. Visentin is a vicious player, one who’s able to unleash top-speed solos but also lay back to let guitarist Adam Beer-Colacino shine, or guest saxophonists Alison Young and Kelly Jefferson. Drummer Jeff Halischuk keeps it clean and tight and funky like he’s sitting behind JB at the Apollo, not JV at the Rex Hotel. With that calibre of playing, they could easily put their stamp on just about any material, but they wisely only throw one cover into this otherwise all-original set: it’s “Chain of Fools,” and they completely make it their own. There are times when the record slips into Saturday Night Live ’70s house-band territory, but the quality of chops here is admirably cheese-resistant. Bring us some more of that boogaloo. 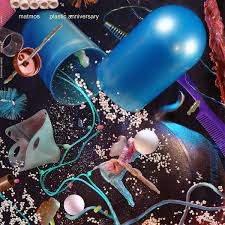 Yes, the plastic apocalypse is coming: to this planet’s oceans, to our landfills, to our own bodies. I’m not saying we should surrender to our new plastic overlords, but in the meantime at least Matmos were able to make beautiful music out of this whole mess.

Matmos, if you don’t know, are a long-running duo who take pleasure in recording tiny, unusual, often uncomfortable details of modern life (rhinoplastic surgery!) and manipulating the sounds into music—well, most of the time it’s music. Other times it’s sound art that’s hard to appreciate more than once. Matmos remain most famous for working with kindred spirit Bjork on her Vespertine album and tour.

The danger in reviewing a Matmos album is that you spend more time talking about how they made the record than the music itself. I purposely chose not to engage in the press materials before deciding whether or not I was going to celebrate Plastic Anniversary. Decision: on its own musical merits, it’s worth celebrating.

If you do want to know how they made this record, this is a very entertaining video:

Yes, there are moments when it sounds like the Blue Man Group and their plastic-pipe percussion. And sure, the song “Thermoplastic Riot Shield” is abrasively uncomfortable, sounding like the sound-effects crew on a sci-fi action movie got hopped up on meth and started making EDM—nothing the most hardcore Aphex Twin fan couldn’t handle. Much of Plastic Anniversary is surprisingly pleasant, from the ambient ocean waves of “Plastisphere” to the Brazilian rhythms of “Collapse of the Fourth Kingdom.”

Not that a Matmos record should ever be judged on how pleasant it is. Their last album, Ultimate Care II, was made utilizing various sounds from a washing machine, and it worked. But for an act often accused of being cold-bloodedly obsessed with process and metaphor rather than the actual music, this is perhaps the most approachable these sound artists have seemed since they had an Icelandic singer in front of them. 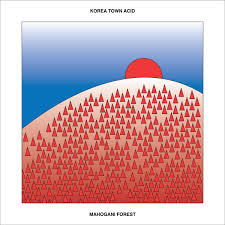 Somewhere between the pure sound abstractionists and the thump of the dance floor are artists like Matmos and Toronto’s Jessica Cho, who records and performs as Korea Town Acid. Her beats rarely stick into a set pattern or go where you expect them to: they’ll suddenly start stuttering, or a hi-hat will suddenly leap out of nowhere to the front of the mix. Sometimes a smooth-jazz saxophone wanders in. Cho could hardly have picked a better name: listening to Korea Town Acid is a hallucinatory experience, walking through an improvised sound world of digital debris found on no particular continent, where your focus is constantly shifting and as various elements mutate and evolve before your ears. This is a debut record for a relatively new project; excited to hear where else it goes.

Posted by mmmbarclay at 4:32 PM