The 2008 Polaris Prize awards ceremony will take place a week tonight, and anticipation is reaching a fever pitch—uh, wait, is it really? I can’t say I’ve heard much kafuffle at all since the nominees were announced in July, perhaps because there’s no clear underdog that everyone seems excited about; nor, for that matter, is there a commercial juggernaut of a forerunner that everyone’s ready to be resentful of should they win the prize.
For myself, the ten records that got the nod as nominees are only the surface of the great Canadian music released between June 1, 2007 and May 31, 2008. And I’m not even talking about all the great records from “marginal” genres, or regional secrets that didn’t make a large national impact; it goes without saying that there will always be nitpickers and naysayers who think the Polaris jury process is One Giant Compromise that settles for a safe middle ground.
Because of the two-ballot system, I was able to vote for eight albums this year; none of them ended up on the shortlist. Two of them made the long list. There is only one album on the shortlist that I even considered voting for. Either I’m totally out of touch and a complete contrarian, or this positions me to be a perfectly objective observer of the finalists. I’m going to go with the latter. I consider myself quite malleable on the merits of these contenders, and because I wasn’t invited inside the inner sanctum where the final decision will be made next Monday, consider this my charge to the jury.
My opinion is based solely on the work in question; in my new parental role I don’t run out to live shows as often as I once did. I have seen all of these ten acts live over the years, but after the albums in question were released that number narrows to two (Weakerthans, Plants and Animals); I saw two acts (Black Mountain, Basia Bulat) shortly before their albums’ release.
This week I’ll write about two nominees a day, along with two albums I voted for that I think should be getting equal attention. All are in alphabetical order. 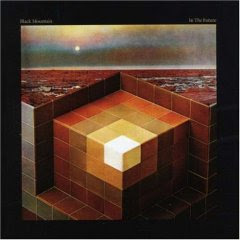 Black Mountain – In the Future (Scratch)
The album: There are several artists on this list with debut (or de facto debut) albums; all of them appear to be nominated on their potential rather than the actual album in question. With Black Mountain, the reverse is true: they’re clearly getting the nod for the fact that their debut missed the eligibility period for the inaugural Polaris prize by six months, going on to be one of the most beloved Canadian rock records of the North American underground in the years that followed.
The follow-up, however, fails on almost every count that made the debut so special. No one ever said Black Mountain boasted an original sound, but this time out the 70s stoner clichés are simply too ridiculous—and, though the debut had its share of doom, this time out there’s simply no fun to be had at all. The future? It’s a bummer, man.
Steve McBean’s guitar tone and noticeably improved soloing are the best things here; otherwise, Black Mountain’s secret weapons misfire completely. Ace drummer Josh Wells sounds like he was deliberately told to dumb it down; check out those clunky fills on “Tyrants,” a song that’s embarrassing on several counts—especially when the “Stairway to Heaven” mellotron shows up at the seven-minute mark. The witchy wails of Amber Wells sound more silly than they do ominous—the polar opposite of how she appears on previous albums by Black Mountain, Jerk With a Bomb and Lightning Dust, where she consistently stole the show; that trademark tremolo is now officially tired (lone exception: album highlight “Queens Will Play”).
The lyrics are uniformly awful, nowhere more so than on the Spider Man soundtrack song “Stay Free”: “Beautiful ponies/ so beautiful/ they’ll kill us all.” How about this from “Evil Ways”: “I’ve been imprisoned by your demon lust/ Cursed by your black magic touch.” How can anyone take this band seriously? One of the better tracks here bears the most unfortunate title: what the fuck is a “Wucan”? Has RZA gone druid?
I don’t hate this entire album, but the reason it makes me angry is a sense of betrayal: unlike other Black Mountain naysayers, I really like this kind of music—no matter how unashamedly retro it is—and I really like this band, as well as their many side projects (except Pink Mountaintops, which should stay in the bedroom). Easily the most disappointing album of 2008—and 1978, which was the last time a rock band could get away with something this lazy and be taken seriously.
The chances: It depends on how many 17-year-old stoner boys are on the jury, and whether everyone else can stay awake during the interminable “Bright Lights”—16 minutes of your life you’ll never get back.
I wrote about the band in Magnet earlier this year; interviews are here and here. 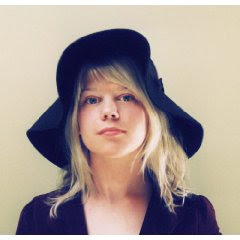 Basia Bulat – Oh My Darling (Hardwood).
The album: Lovely voice, lovely woman. But one of the albums of the year? This is a promising debut at best. She may have the voice of an old soul, but this is definitely the early stage of her songwriting career. Producer Howard Bilerman deserves credit for crafting such lovely surroundings for the singer; one of the early live shows I saw suggested that arrangements probably weren't her live band's forte. I never had cause to review or write about this album, so I can't say I've spent a lot of intimate time with it; I have, however, heard this album many times in the foreground and the background, and, while pleasant, never once have I actually remembered anything about it once it's over. My ears do usually perk up by track 10, "The Pilgriming Vine," but that does not a great album make.
The chances: Slim, unless mega-fan Frank Yang of Chromewaves channels Henry Fonda in 12 Angry Men in the jury room.

Two should’ve-beens from my ballots: 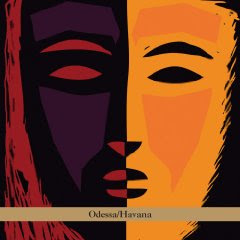 David Buchbinder – Odessa Havana (Tzadik).
The album: My love for most things related to John Zorn and Tzadik Records brings me closer to this album than I might be under other circumstances, but Odessa Havana is one cross-cultural album that not only doesn’t sound forced in any way, but features fine writing and exemplary performances. It also combines my favourite scales with my favourite rhythms, another reason why I’m predisposed to love it.
Why it struck out: You can probably count on two hands the number of Polaris jurists who actively listen to jazz, never mind write about it. (I certainly don't do either.) Any jazz contender for the Polaris faces a seriously split vote from the few critics qualified to comment. I also suspect that many jurists don’t bother voting for albums they don’t think have a chance of getting on the list. The fact that Tzadik wants nothing to do with publicity machines of any scale didn’t help this album’s chances, either. 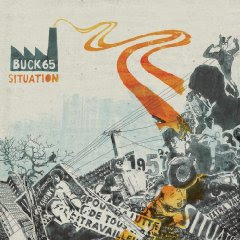 Buck 65 – Situation (Warner).
The album: Big beats, pop hooks, tasty guitar riffs, master scratching from co-producer Skratch Bastid, Morricone moments of sublime cinematic flourishes, and focused free-associative lyrics revolving around cultural transitions first sparked 50 years ago. What’s not to love? Buck 65 spent more time working and re-working this album than anything else in his prolific career, and the payoff is perfectly clear—to these ears, anyway. Too bad barely anyone noticed; here’s hoping he’ll be able to quit his new day job eventually and continue to make records as good as this one.
Why it struck out: People take Buck 65 for granted, which is a shame. He’s too old and too eclectic to be taken seriously in hip-hop, and too unorthodox and lyrically dense to truly cross over (despite his current CBC profile). This is all the more frustrating now because this is his most pop album to date, not to mention his most consistent. “I’m the invisible man,” he raps, “stewing in my own juices.”
My interview with Skratch Bastid, discussing Situation, is here.
Posted by mmmbarclay at 11:53 AM