My final charge to the grand jurors choosing the winner of the Polaris Music Prize on Monday, Sept. 23.  Two shortlisted albums and (today only!) three could’ve/should’ve beens from the Polaris fiscal year, June 1, 2012, to May 31, 2013. Days one, two, three and four ran earlier this week. 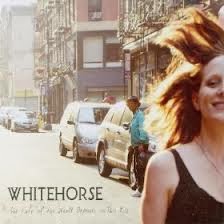 The album:
When married couple Luke Doucet and Melissa McClelland—who’d often collaborated on each other’s albums and live show—announced they were jettisoning their solo careers and forming Whitehorse, I thought: so what? Their debut EP didn’t sound drastically different than anything else they’d done, and though I respected them both (Doucet’s Blood’s Too Rich album, mostly), it was never really my bag.

Then this album came along.

What I didn’t realize until I saw them live is that this isn’t just the two of them with a new band; this is the two of them almost entirely reinventing their approach to music. Taking cues from Owen Pallett and TuneYards, they construct every element of their on-stage song piece by piece, instrument by instrument. It leads to lots of entertaining juggling on stage, but it also informed the arrangement process: there is absolutely nothing extraneous here, and every instrumental line is melodic enough to stand on its own.

By stripping everything to its essence, every verse is just as catchy as the chorus, every bass line as memorable as the lead guitar. Both performers are stunning lead and harmony singers, and hearing their vocals bounce off each other on these dozen songs is magical. It also suggests that they successfully surrendered individual ego to craft something greater than both of them.

But even before I saw them live, the album grew on considerably over time; I liked it at first, I loved it later. “Devil’s Got a Gun” was perhaps my biggest earworm in the last 12 months. “Achilles’ Desire” is a tense blues. “Out Like a Lion” has Pixies-esque elements. “Jane” dips into unexpected disco. “Cold July” is a gorgeous, longing ballad that Kathleen Edwards would be proud to write. “No Glamour in the Hammer” is a poppy stomp Jack White would be proud to write. “Wisconsin” is the kind of modern protest song that, even though it’s little more than a litany of modern ills and a rally against the distraction industrial complex, is razor-sharp and, sadly, rare at a time when people should be writing songs like this by the dozen.

Changing the name of their collective project was the best thing Doucet and McClelland could have done, because this is definitely a fresh start. And it’s worked: who knew they could fill Massey Hall?

And look! You can see me squinting on the sunniest day of the year to rave about it in this Aux video:

The chances:
I’m going to go out on a limb here, and say strong. This contest is between this, Zaki Ibrahim and A Tribe Called Red. Of course, I’ve only called two winners in the entire history of Polaris (I even guessed wrong the year I was on the grand jury), so what do I know? 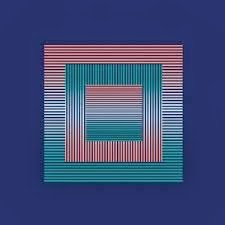 The album:
I’d be happy to continue ignoring this icy Montreal duo, had they not popped up on this list. A poor man’s Austra, Young Galaxy could theoretically have contributed a deep cut to a John Hughes soundtrack 25 years ago, but there’s no reason for them to stand out in 2013, never mind be in contention for album of the year.

Maybe Swedish producer Dan Lissvik deserves credit, but I did succumb to Stockholm syndrome ever since the shortlist was announced. I no longer actively dislike this band; I now simply refuse to find their blandness offensive. “Sleepwalk With Me” is not only the most appropriate title on the album, it’s also the sweetest song—too bad it’s the closing track.

In the Gothenburg studio where this was recorded, they assembled some lovely synths in their arsenal, and singer Catherine McCandless has a pleasant enough voice that recalls Anna Domino (if, in fact, anyone recalls Anna Domino at all anymore—but they should). Obvious touchstones at work here are New Order, Depeche Mode, Saint Etienne, Everything But the Girl—even Like A Prayer-era Madonna, or maybe one of those lame Sarah McLachlan remixes. My favourite WTF moment here is “Fall for You,” which sounds like Kraftwerk trying to play Bo Diddley, before it becomes a Club Med anthem on the chorus.

It’s nice enough, and if I was the kind of guy who wore tightly pressed shirts and liked to talk about my hi-fi system and Ikea shelves while sipping an artisanal cocktail, (that was cheap and pointlessly personal, sorry, folks) I might even like this album. They'd benefit greatly from getting their hands dirty, though; this sounds soaked in hand sanitizer.

If there were very few undeniably great albums this year, there was no shortage of very, very good ones. So I’m going to turn up the could’ve/should’ve list up to 11 and leave you with three, rather than two final favourites. 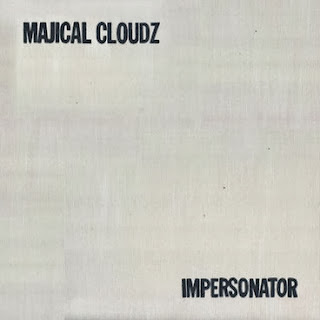 The album:
From my May 2013 review:
If singer Devon Welsh sounds dramatic, he comes across it honestly: his father is the acclaimed Canadian stage actor Kenneth Welsh. Among his many other gifts, Welsh the younger has great diction and a commanding presence.

“I don’t think about dying alone,” he sings—but not convincingly. Welsh croons with a sombre seriousness that makes you think he’s contemplating mortal matters every minute of every day. His music is based on lilting synth loops and little else—no beats, minimal chord movement. Welch makes the most out of next to nothing, and the result is meditative, hymnal and often sounds suspended in time.

Majical Cloudz, which Welsh formed with Matthew Otto, was formed in Montreal and sprung from the same Arbutus Records scene that spawned Grimes, Blue Hawaii, Sean Michael Savage and Doldrums: all fascinating acts, but hardly known for their emotional directness. Welsh, in contrast, sounds like he’s standing on Mont Royal facing Mile End, arms outstretched, eyes closed, calling to his peers to drop their facades and search for spiritual truths. “If this song is the last thing I do, I feel so good,” he sings.

Why it didn’t make the shortlist:
The name Majical Cloudz doesn’t do Welsh any favours; I was highly skeptical before I actually listened to Impersonator. Welsh’s seriousness can come off as cartoonish—I’m reminded somewhat of Children of Paradise, from Bruce McDonald’s Roadkill—when in fact, of course, he’s frightfully earnest, scared of the monsters above his crib, wowed by the magic of everyday life, singing in the voice of a liturgical cantor.

Sometimes, it’s been said, the honesty’s too much. But sometimes it hits you in the gut and demands you stare it in the face and prepare for some actual emotional engagement. The minimalist arrangements, which the Toronto Star’s Ben Rayner calls “zero BPM,” complement Welsh’s M.O. perfectly, but if you’re not predisposed to an emo twentysomething version of Scott Walker fronting Suicide, then yes, Majical Cloudz is a hard sell. 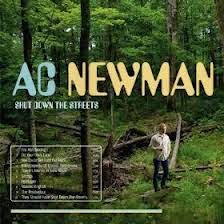 The album:
“You could get lost out here,” sings the New Pornographers’ bandleader, who now resides near Woodstock, N.Y. Who knows what lurks in those woods Newman wanders with his acoustic guitar? From the sounds of it, lots of hammered dulcimers, bubbling Moog synths, banjos and a choir of angels who sound suspiciously like Neko Case.

For a guy who’s always revelled in overkill—So many singers! So many hooks! So many instruments!—Shut Down the Streets is the first time he’s sounded genuinely relaxed. It suits him. He’s known for being a melodic master, but stepping away from the grand gestures of the New Pornographers (and even earlier solo albums) illuminates his skills even more. I can’t rave enough (or, um, effectively) about the arrangements here, which feel like a warm summer breeze no matter where I am.

Why it didn’t make the shortlist:
Newman is of the age (44) where we’re in danger of taking him for granted, when in fact he’s doing his best work; the last New Pornographers album was also a step up in using every one of that band’s strengths.

But more than that, I’d be surprised if a solo record from a well-known act would ever wind up on the shortlist; I think most critics treat them as a distraction from the main project. 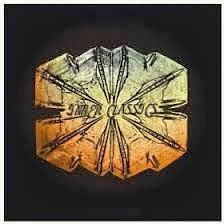 The album:
From my October 2012 review:
Snowblink is beautiful—that much is obvious upon first listen. Daniela Gesundheit’s weightless voice and the meticulous, sparse arrangements are immediately gripping. Inner Classics is much more than just beauty, brilliant production (courtesy of Chris Stringer) and a great voice (two, actually: co-conspirator Dan Goldman contributes a soothing baritone whisper underneath Gesundheit’s dulcet tones). Though she may be working in a North American alt-folk idiom, Gesundheit easily draws from Indian, African and East Asian scales in her melodies—“Safety Stories” sounds like it could be from a Chinese opera—while always rooted in hazy, California-sun-tinted folk music, with a few faint traces of country and surf music just for kicks.

Last year, Snowblink performed as part of Feist’s band at the Polaris gala (as well as AroarA), and it’s easy to see why they appeal to her: there is a similar desire to marry the delicate and pretty to the unexpected and daring. Snowblink creates a glorious opiate of a sound, one that defies any easy description. Feist knows that; so should you. (Oct. 11)

Why it didn’t make the shortlist:
Because Feist won last year.

Posted by mmmbarclay at 8:26 AM