The first in this series is here.

Braids – Deep in the Iris (Arbutus)

First off, I simply cannot believe how much the piano chords that open this album remind me of the breakdown in Chalk Circle’s “April Fool” (which is almost 30 years old, by the way). Then there’s the fact that I keep hearing echoes of the Cocteau Twins. But that’s just this geezer talking. Everything else about Braids is firmly rooted in the 21st century, as this trio becomes increasingly more electronic, anchored by the ace drummer Austin Tufts. I want to give the Polaris money to that guy alone, he’s that good.

What Braids do as a band I find admirable, but it’s incredibly heady. It seems torn between a band that deals primarily in abstracts and a band that wants to write direct pop songs. I’d rather they dive off the deep end and get as weird as they want to. When they get political, as they do on the much-praised feminist anthem “Miniskirt,” it comes off more like an earnest sociology student’s first attempt at songwriting, rather than the seasoned veterans Braids are at this point. It’s clunky, both melodically and lyrically. The rest of the album fares much better: “Taste Revised” proves their pop mettle, even if it sounds a lot like, um, Sarah McLachlan. “Getting Tired” is lovely. “Sore Eyes” is similar to Blue Hawaii, the side project for vocalist Raphaelle Standell-Preston.

Now, a Caribou remix of this entire record—that might be something. I know they already share a lot of the same synths.

Strong. This is the kind of heavily layered album that might convince jurors with repeated listens. It’s also the brainiest record on this list. And jurors are nothing if not huge nerds. 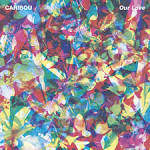 I’ve loved just about everything Dan Snaith has ever done, dating back to his 2001 debut, Start Breaking My Heart. And yet this is the first time he’s left me relatively cold. Why?

It might be that the opening track and lead singe, “Can’t Do Without You,” seems like the slightest of ideas in search of a song; once you’ve heard the three-second hook, very little else happens for the remaining four minutes. It might be that the album’s centrepiece, “Second Chance,” featuring Jessy Lanza on vocals, has this odd phase-shifting effect that actually makes me physically nauseous, and the synth tone, which appears on several other tracks, I find especially grating. Purely subjective, I realize. But several other tracks also fall flat, which is odd for a guy who doesn’t usually pad his albums with filler (he does, however, release plenty of B-sides, where he’s released as much music as can be found on his albums).

I’ll happily take four tracks here for posterity: “All I Ever Need,” “Our Love,” “Mars,” “Your Love Will Set You Free,” the latter of which makes this one of two albums on this year’s list that fulfills Polaris’s Owen Pallett quota.

Slim. No previous winner has won again. Now that Polaris is 10 years old, that may well change in the near future. Not for this album, though. 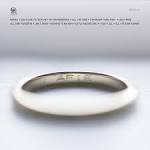 What’s that, you say? Yet another singer-songwriter from the land of Gordon Lightfoot and Neil Young and Leonard Cohen who writes beautiful songs and sings them in a cracked late night voice and pulls in some string sections and female backing vocalists and whose guitar skills are better appreciate live than on his subtle recordings? Surely we’ve heard this story before. And yet, so precious few do this as well as Afie Jurvanen, and this is his finest album to date.

Another singer/songwriter album, another dozen love songs—except that this one sets the bar considerably higher, right from the opening lyrics: “I held your breath inside my lungs for days / and I saw myself as just one of many waves / when I knew I’d become the ocean’s slave / I just stayed.”Afie Jurvanen recorded his first two (highly acclaimed) albums in the space of a week each. On this, his third, Jurvanen spent a whole summer in a studio. His love of late-night sessions fuelled by Willie Nelson and wine hasn’t changed; nor has his modest reluctance to showcase his skills as a soloist. But the extra attention to detail is obvious in every carefully constructed track, from the lovely vocal arrangements to the occasional string section to just the right amount of space left inside every song: Bahamas is all about the subtle charms, the soft sell.

Qualifier: there are two total stinkers on this otherwise flawless record. One is the single “All the Time,” the whining guitar riff of which wore out its welcome by the third time I’d heard it. The other is “Record Store Girl,” which is far too cutesy and out of character—or maybe this song just makes me feel self-conscious and uncomfortable because, just like some cliché devotee of High Fidelity, I’ve always had an inherent crush on just about any female employee of a record store I’ve ever met. Doesn’t mean I’d write a song about it, though.

Excellent question. This was the first album of the Polaris qualifying period I heard that I felt was a shoo-in.

The album: I want to transform this album into a blanket and wrap it around me in my darkest moments. Such is the power of Curran’s voice and her songs. My November 2014 review:

The East Coast’s Amelia Curran has been stopping listeners dead in their tracks ever since her 2008 album War Brides brought her to national attention. Until now, her approach has been relatively bare bones; this, on the other hand, is a full-blown rock record by comparison, full of ringing electric guitars, powerful drums, strings (by Drew Jurecka, of Jill Barber’s band), horns (by Bryden Baird, of Feist’s band), lap steel, accordion, and some stunning jazz piano and organ work by Aaron Davis (Holly Cole Trio).If you’re a folkie singer/songwriter looking to expand your sound, you’d be hard pressed to find a better producer than ex-Rheostatic Michael Phillip Wojewoda, a man who’s worked in almost every genre of music and knows how to capture dynamics. Your song that sounds perfect with just your own stunning voice and minimal guitar accompaniment sounds even better with what Wojewoda decides to add and how he does it.Curran herself is a master of empathy, the kind of voice you need to hear in your darkest moments, the kind of voice that has lived through mood disorders and anxiety (the topic of a current public awareness campaign she’s spearheaded) and reaches out in song.

Here, with the help of many friends, a variety of tempos and textures ensure that it’s not a dour affair. It’s much more than that: it’s a powerful record by a major artist.

Listen to “I Am the Night,” “Song on the Radio,” “Somebody Somewhere” or “Coming For You” or “Never Say Goodbye”—hell, just listen to the whole damn thing.

Total mystery. She’s made the Polaris long list before, back in 2010. She has a powerful indie (Six Shooter, home to last year’s winner, Tagaq) behind her. She has Wojewoda behind the boards. She made news with her mental health campaign. She has heaps of ECMAs and Juno nods and is up for four Canadian Folk Awards in November. And yet she was snubbed at Polaris for what is her finest record to date? Weird. As Joni would say: "Oh, Amelia, it was just a false alarm."
Posted by mmmbarclay at 4:49 PM