It's been a really good musical month for 45-year-old, hip Texan dudes. 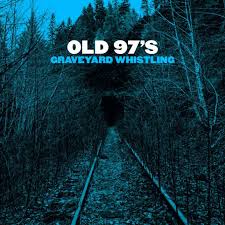 By the usual rules of rock’n’roll, the Old 97s should no longer exist—never mind be releasing some of the best music of their career. The Texas quartet boasts the same lineup they’ve had since forming in 1993. They’ve been on major labels, indie labels, and everything in between. The singer and principal songwriter, Rhett Miller, has a solo career and yet keeps returning to his old bandmates. His lyrics detail excess that, if true, and combined with the band’s rigorous tour schedule, should have dried up his creativity at least a decade ago.

Yet here are the Old 97s, in their mid-40s, on their 11th album, still full of the piss and vinegar that defined their approach to so-called alt-country since day one. Miller’s sardonic songwriting (“Jesus loves you more than I do / just because he doesn’t know you like I do”) is still several steps above his peers of any age, whether he’s still singing about small-town dreamers who want to “put the past in the rear-view mirror” (“I Don’t Want to Die in This Town”) or whether he’s an older man taking stock of his life and deciding that “all I know is I’m good with God / I wonder how she feels about me.” (To which God, in the voice of co-writer Brandi Carlile, sings back to him: “You should be scared / I’m not so nice.”) Even when he slips into cliché (“Irish Whiskey, Pretty Girls”), Miller’s one-liners are still better than most.

The band behind him roars with energy harnessed from their raucous live shows, yet always leaving plenty of breathing room, perhaps influenced by the remote West Texas town where the album was recorded: more country than punk, with a pronounced spaghetti-Western sound on several tracks.

Stream: “Good with God” (with Brandi Carlile), “She Hates Everyone,” “I Don’t Want to Die in This Town” 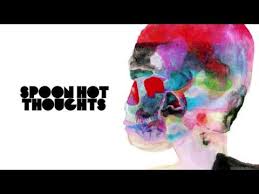 Ever since 2002’s Kill the Moonlight (or 2001’s Girls Can Tell, if you’re a super music nerd), Spoon has been the kind of band that appeals to rock fans who have lost faith in the genre: grumpy old new wave moms and dads or disgruntled indie kids tired of emo whining. Spoon had swagger and mystery; Spoon made records with nary a stray note, minimalist rock’n’roll with an experimental edge with catchy songs always at the core.

After the breakthrough commercial success of 2007’s Ga Ga Ga Ga Ga, which cracked the Top 10, the band lost their way a bit: 2010’s Transference veered too far toward the experimental for most fans, while 2014’s They Want My Soul was catchy enough but sounded like Spoon spinning their wheels. That last album teamed them up with Dave Fridmann (Flaming Lips, Low), who didn’t impose his usual production tricks on a band who didn’t need them—drummer Jim Eno is an acclaimed producer in his own right, so it wasn’t even clear why they’d hire Fridmann in the first place.

But Fridmann is back for Hot Thoughts—and so is Spoon’s creative spark. This is the most successful mix of their experimental and pop tendencies since Kill the Moonlight, and Fridmann brings it into brilliant focus with sonic touches that illuminate all the band’s strengths. Jim Eno’s rhythms are a driving force, even if (or especially when) a set of shakers is placed higher in the mix than his actual drum kit at times. Singer/guitarist Britt Daniel has said the death of Prince hit the band hard while recording; maybe it’s a coincidence, but this is also the sexiest Spoon record in a long while, thanks to Eno’s beats, Daniel’s rhythm guitar and the ear candy from Fridmann and new keyboardist Alex Fischel. (“Can I Sit Next to You” is the kind of killer groove with a song behind it that 2005’s “I Turn My Camera On” wanted to be but didn’t completely pull off.)

The influences of Jamaican dub and electronic music have always percolated in the background of Spoon records; here, they’re far closer to the forefront (see also: King Cobb Steelie, a band it’s safe to say Spoon has never heard); there’s also no acoustic guitar here, for the first time in Spoon’s history. The moments on Hot Thoughts that veer closest to straight-up rock music are filled with the tension of post-punk disco, especially “Shotgun,” which sounds like Public Image Limited covering “Eye of the Tiger” (if that makes any sense).

Daniel’s lyrics have always been somewhat oblique; even ardent Spoon fans might have trouble telling you what any of their songs are about. So it’s telling that on an album recorded during Donald Trump’s presidential campaign, there’s a catchy pop song by this Texan band with the chorus, “Let them build a wall around us / I don’t care, we’re going to tear it down / It’s just bricks and ill intentions / I don’t care, we’ll tear it all town,” followed by a “na-na-na-na-na” hook worthy of the Bee Gees that might come in handy as a protest chant.

But that’s about as straightforward as Spoon gets. Closing track “Us,” an instrumental track driven by a saxophone player they met in the studio, sounds like a Tears for Fears outtake from Songs From the Big Chair—in the best way possible. It’s the most un-Spoon-like thing this band has ever recorded, and it’s the most obvious sign that this is a band—more specifically, two men, Daniel and Eno, the only consistent members—that is 20 years and nine albums into a career and not remotely interested in sitting still. This Spoon is still ready to get bent. (March 23)

Posted by mmmbarclay at 5:08 PM