These reviews ran in the Waterloo Region Record in January and February 2018.

Rich Aucoin puts on one of the best live shows in Canada. They’re so good, in fact, that nothing the Halifax performer has ever released comes close to the experience. Which is why you’d be forgiven for wanting to skip his new record and just go see him when he hits your town—except this time that would be a mistake. The Fear EP finds Aucoin toning down his manic energy and making a smooth little pop record. That’s in part because while he was on a surfing trip, he had a laptop stolen that contained what was to be his next record. Starting fresh, Aucoin has come up with the perfect marriage of anthems, subtle electro-funk and R&B songs. Part of me wants to hear a whole record like this immediately; part of me thinks this four-song EP is a perfect distillation. (Feb. 16)

Rich Aucoin plays the Drake Hotel in Toronto tonight, March 1, and the Seahorse in Halifax March 15. 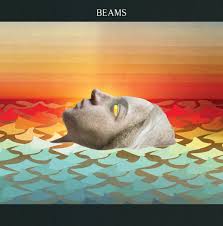 Beams – Teach Me To Love (independent)

Isn’t that what we want from most songs? To teach us how to love? For singer/songwriter and banjo player Anna Mernieks, it’s an imperative with added weight, following a crippling depression that led her to cancel a wedding (“The people living in the apartment in my head have got to go”). Mernieks channelled that journey into her art, and so the second album by her band Beams taps into that pain but never wallows in it: this is not a minor-key, downtempo mopefest. Beams makes tasteful indie folk-rock, with vibraphones, violins, mandolins and lap steel, while harmonies from co-lead vocalist Heather Mazhar make the whole affair seem even less lonely. In your darkest days, making music with your friends can be the best therapy. It may even teach you how to love. (Feb. 16)

Beams are touring the U.S. in March and April. 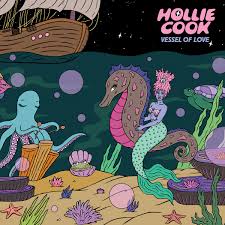 Hearing a great new reggae album in the middle of a Canadian winter is either a gift or a curse. Either way, it’s an escape. Hollie Cook’s third record—and first to get a proper North American release—is a dreamlike fantasy of a modern roots reggae record, produced by Youth (Paul McCartney, Killing Joke) with lovely melodies, rich female harmonies, full horn section, psychedelic overtones, and a killer dub-heavy rhythm section that features, at times, Jah Wobble of Public Image Limited (that band’s guitarist, Keith Levene, also shows up on one track). Cook has deep roots in Britain’s post-punk scene, being the daughter of a Sex Pistol and a backing singer for Culture Club; she also served time in a reunited Slits. Her music is most definitely a throwback—there’s no trace of dancehall or any trend in reggae of the last 30 years—but her songwriting and the production here ensure this is no mere pastiche. And it will sound even better four months from now. (Feb. 2)

Time isn’t usually kind to R&B singers who came up in the ’90s and early 2000s; the number of young challengers seems to rise every year, and the sonic innovation in the genre can easily leave old-timers behind. Then there’s Craig David, who had an improbable but welcome comeback two years ago when he reworked Justin Bieber’s “Where Are Ü Now” into the arguably better song “16,” as well as a collaboration with Montreal producer Kaytranada, which all led to the album Following My Intuition, which was a No. 1 album in David’s native Britain. The Time is Now is the somewhat quick follow-up, the title alluding to the fact that David doesn’t want to waste a moment of his time back in the spotlight. The same formula is in effect: melodically rich R&B with thoroughly modern grooves drawing from just about every radio trend from around the world, including the misnomer Afrobeats. David has better ears for a pop hook than other artists who are infinitely more successful; he deserves to be an international superstar, not just a British one. (Feb. 9)

Craig David plays the Velvet Underground in Toronto on March 14.

Whoever it was at Light in the Attic records who decided to time this reissue for January deserves a gold star. During the most depressing month of the year (or is that February?), listening to Betty Davis just might be the most ridiculously fun thing you can do with a set of headphones.

Davis was a funk goddess of the 1970s, whose music was driven by lots of wah pedals, clavinets, distorted guitars playing tight funk licks, and a series of incredible musicians—whom Davis insisted perform shirtless and lathered in baby oil. Before Prince took licentiousness to new levels in 1980s pop music, Davis revelled in raunch. Her hyper-sexual singing is filled with shrieks, snarls and moans, making Tina Turner sound like she was sprung from a nunnery. It easily devolves into shtick (“I can’t give it to you more messier than this!” she ad libs on one track), which can mask just what a great singer Davis actually was; when she tones down the dirty funk—as on closing track “The Lone Ranger,” or the ballad “You and I,” orchestrated with the help of her ex-husband, Miles—her true range shines through. But even if it didn’t, Davis is such a delight as a performer that every track here is a total gas.

This 1976 album was Davis’s last before she retired; her earlier records were reissued almost 10 years ago. But it’s never too late to discover Betty Davis, the Nasty Gal that she was—especially when self-identifying “nasty women” are again on the rise. (Jan. 19) 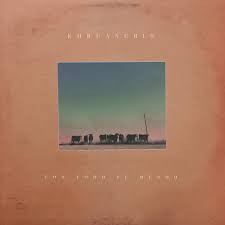 This Texas trio formed 13 years ago, when they would spend their Saturday evenings listening to ’60s Thai funk music and Iranian pop music, and their Sunday mornings soundtracking a church service. Their formula hasn’t changed much since: their take on meditative and melodic mood music is set to a light but solid groove that’s as sensual as it is spiritual. Laura Lee’s supple bass lines fitting perfectly inside the ginger grooves of drummer Donald “DJ” Johnson, while guitarist Mark Speer demonstrates remarkably fluid dexterity. Speer has the jazz voicings of Gábor Szabó, the R&B finesse of Prince in his quietest moments, and the rock’n’roll style of Brian Connelly from Shadowy Men. Khruangbin excel when they’re at their most languid, but Con Tudo El Mundo shows them playing with some extra fire—“Maria También” is based around the classic hip-hop “Apache” break—that probably comes from their first extended bout of touring following their 2015 debut, The Universe Smiles Upon You. 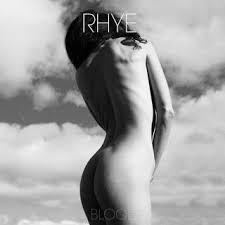 Rhye is the internationally acclaimed baby-making musical duo featuring Toronto vocalist Mike Milosh, whose cooing is set to cushiony bedroom grooves. It’s shocking their songs weren’t used on any of the Fifty Shades soundtracks, but maybe Milosh has some taste.

Rhye’s 2013 debut, Woman, was lovely but lightweight: there’s a reason they decided to call the follow-up Blood. The grooves have more depth to them, and even if Milosh rarely rises above a whisper, there’s a quiet intensity to the seductive and sparse soft pop underneath him—perhaps a result of Milosh parting ways with founding member Robin Hannibal and working instead with the live band who toured behind Woman. The string arrangements could stand to be more imaginative, and the piano hook on “Feel Your Weight” is a bit too close for comfort to Arcade Fire’s “Reflektor.” But Rhye’s music doesn’t seem designed to stand up to close inspection: it’s mood music by design, meant to leap out of algorithm-designed playlists as somewhat more substantial than the rest of the musical wallpaper that normally defines this genre. Rhye is a high jump over a low bar. (Feb. 9) 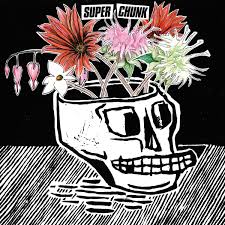 Superchunk – What a Time to Be Alive (Merge)

The title track to this venerable punk band’s 12th proper album is not exactly a celebration of life in the modern era. It, and the other songs here, was written between Donald Trump’s election and the period shortly after his inauguration. The chorus hasn’t aged a bit since then: “To see the rot in no disguise / oh, what a time to be alive / the scum, the shame, the fuckin’ lies / oh, what a time to be alive.”

The song works on several levels: it’s a brilliant protest song, in part because it doesn’t single out its target—it’s more than obvious, listening in 2018—and therefore could be applied to several situations. It’s also a rebuke to nostalgia, to which far too many punk bands subscribe. Most important, it’s not defeatist: in fact, almost every song here is a call to action, a rally for the like-minded to rally together and take back their country. Them’s fighting words, literally: “Fight me,” singer Mac McCaughan sings on “All for You.” “I’m not a violent person, but it can’t get any worse.”

Oh, and the band is on fire, playing like they’re raging against the dying of all lights. (Feb. 16)

I didn’t watch the SuperBowl. I did not have high expectations for a new Justin Timberlake album; the man’s obviously an exceptionally talented entertainer, but his records are spotty (witness the brilliant first instalment of The 20/20 Experience, and the completely lacklustre second half). By that measure, Man of the Woods is right on point: about half of it not only confirms Timberlake’s best talents, but points to a future where he merges a country influence from his native Tennessee with the once-futuristic funk of Timbaland and the Neptunes—the latter of which is significantly less forward-looking than it was 10 years ago, if only because their sonic footprint is now all over modern pop music. And the other half of Man of the Woods? It’s not terrible—well, lyrically it often is, but musically it’s usually several steps above the filler tracks on any other pop record.

The highlight here is the title track, where twangy guitars and country harmonies ride atop a synth bass and a drum machine—“Americana with 808s” is how the man himself described it. If more of the album sounded like this, Timberlake would have a real cross-genre game-changer on his hands. But it doesn’t. The collaboration with country star Chris Stapleton isn’t as successful, although the duet with Alicia Keys—which Stapleton had a hand in writing—is just fine. “Sauce” finds Timberlake doing a flat-out Pharrell impersonation, a song that sounds like a direct rip of Williams’s “Hunter,” from his 2014 album Girl. That said, despite the hideous lyrics, it’s a half-decent party track. The basslines on “Midnight Summer Jam” and the African-influenced “Living Off the Land” sound like a sampled talking drum pitched to the notes of the riff; that’s only one component that makes the former the most successful dance track here; the single “Filthy,” in comparison, sounds merely like a rocked-up outtake from FutureSex/LoveSounds.

We expect a lot from Justin Timberlake because he’s a big-tent pop star with an ear for musical innovation—as opposed to Bruno Mars, who shamelessly mines the past for new ideas. Nothing Timberlake has ever done or ever will do will be revolutionary or in any way deep—that’s not the point. If all he does is move the needle a bit and point other artists toward possibilities, then that’s all he has to do. That and a few choice dance moves. (Feb. 9)