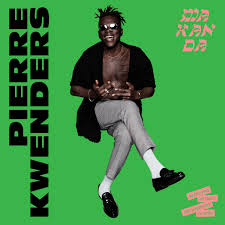 This Montreal artist burst onto the scene with 2014’s Le Dernier Empereur Bantou, a multi-lingual, genre-hopping record rooted in Congolese rumba that landed him nominations for the Junos, the Polaris Music Prize, and Quebec’s ADISQs. Born in Kinshasa, Kwenders wanted to dive deeper into his Congolese roots on his second album. To do so, he travelled to Seattle to work with Tendai Baba Maraire, the Zimbabwean-American half of psychedelic hip-hop duo Shabazz Palaces. Makanda moves Kwenders away from modern dance trends and further into mid-tempo polyrhythms. Kwenders is a natural star, but some of the best tracks here are where he cedes the spotlight, sharing it with Shabazz Palaces’ Ishmael Butler on the title track, and duetting with Tanyaradzwa on the lush, string-drenched ballad “Zonga.”

I also wrote about Kwenders, alongside Zaki Ibrahim, Kae Sun and Afrotronix, in an article for the Globe and Mail here.

I wished I liked this record more than I do; I was a huge fan of Empereur Bantou, and voted for it that year on my Polaris ballot. I’m also a big Shabazz Palaces fan, so this should be right up my alley. I can’t even put my finger on what’s missing here for me, but I do know that the mysteriously popular single “Sexus Plexus Lexus” makes me absolutely cringe.

Slim. Happy though I was for Kwenders, I was shocked this made the shortlist. It’s a unique record here, but not in ways that I think will do it any favours in the jury room. Also, this year’s shortlist has some huge heavyweights that will be hard to overshadow. 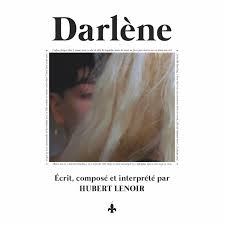 This 23-year-old put his punk band on hold to make a genre-bending pop album, based on a new novel by his friend Noémie D. Leclerc, where the first five tracks jump from jazz piano to ’70s glam to Black Sabbath to gospel-inspired pop to Fleetwood Mac, with plenty of tenor saxophone all over the arrangements, which occasionally nod to Joe Jackson’s 1984 album Body and Soul. It’s totally bonkers in a way that only the Québecois can pull off—or maybe the Flaming Lips, on a good day. Is it a retro record? Absolutely, but it’s also audacious in its scope, and Lenoir has the songwriting chops, the production values, plenty of earworms and the pure charisma to pull it all off. And yes, francophobes, there is one song in English (“Wild and Free”), so you have no excuse not to start there and then dive deeper.

Strong. It’s a great album that gets better with each listen and transcends the retro tag it’s been saddled with. I’ll admit I was initially dismissive, but it quickly grew on me once it shortlisted—and if my experience is true for this year’s grand jurors, then the scent of the new will also propel this further in the jury-room discussion. The fact that it’s the first francophone record to shortlist in seven years also gives it strong underdog appeal. 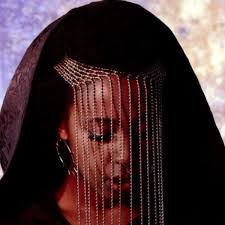 A few years ago, I was working at a magazine that ran very little music coverage. A freelancer had successfully pitched a story about struggles facing a new wave of female R&B voices out of Canada: Divine Brown, Melanie Fiona and Jully Black among them. The story started out by talking about Cold Specks, the musical project for a young woman who then called herself Al Spx, who possessed a powerful voice and played stark, haunting music she termed “doom soul.” Wait a minute, I asked the editor: why is Cold Specks in this article? Spx played slow, guitar-based music that has more in common with Nick Cave than Nicki Minaj. Is it because she’s black, one of the few African-Canadian women to have any kind of profile in this country’s music scene? Because otherwise, we’re talking about apples and oranges here.
Two albums and a couple of Polaris nods later, Cold Specks—who dropped the Al Spx pseudonym, and now goes by her birth name, Ladan Hussein—has indeed drawn closer to R&B, although Fool’s Paradise is more Massive Attack than Mary J. Blige. There are barely any guitars: synths and drum programming dominate. The background isn’t necessarily important: as always, it’s Hussein’s voice that draws you in first and foremost, but it does sound even better with some deep bass and beats behind it, situating her somewhere between Sade and Bjork (“Ancient Habits” borrows a bit from Bjork’s “All is Full of Love”), if either artist wrote almost exclusively in minor keys. Hussein also slips into Somali on the title track, acknowledging a family history she once felt she had to mask to make it in the Canadian music industry.If third albums are where an artist really proves themselves—after the potential fluke of a debut, and the transition of a second album—then Cold Specks has most definitely stepped up. The songs are strong, the setting is right, and she’s evolving easily. There’s nothing remotely foolish about Fool’s Paradise.

Why it didn’t even longlist:

What the living hell. This woman shortlisted with her debut album, back in 2013, so it’s not like she’s unknown. But she’s long since abandoned her supposed “doom-folk” genre, and now makes downtempo, synth-ridden R&B—so maybe critics only liked her when she was wielding a guitar? Who knows. In a year where we’re talking about singers like Daniel Caesar and Alanna Stuart, we should also be talking about Ladan Hussein. This album is incredible. I hope it found an audience. It's not too late. 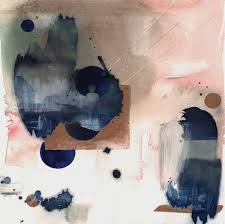 I had no idea who this P.E.I. songwriter was. I spent a lot of time driving around Ontario in April, and grabbed this CD (yes, CD) off my promo pile and brought it with me. It never left my player. As I reconnected with old friends and family across the province— celebrating a personal triumph while hearing tales of divorce, disease and age—the song “Cruel But Beautiful” was constantly in my head. It hasn’t left, five months later.

An exceprt from my Waterloo Record review:

Right after Bruce Springsteen finished 1987’s Tunnel of Love, he recorded a legendary, long-lost album with fellow New Jerseyites Yo La Tengo, which for its 30thanniversary in 2018 is finally being—oh, wait, no, that’s not it at all. This is a new record by P.E.I. songwriter Dennis Ellsworth, his fifth.  Ellsworth is a new name to me, as I suspect he is to you—although his last couple of albums came out on Kitchener label Busted Flat, and were produced by either Josh Finlayson (Skydiggers) or David Barbe (Bob Mould’s Sugar), and featured many of my favourite Ontario musicians. This time out, he headed east to Joel Plaskett’s New Scotland Yard studio in Dartmouth, N.S., with other Halifax Pop Explosion veterans Charles Austin and Dave Marsh. So, yes, fans of ’90s indie rock and singer-songwriters will find plenty to love here, with shades of Lucinda Williams and Ryan Adams (or Aimee Mann, or Eric Bachmann, or…). Ellsworth’s songs are as worthy as any found in the canon of those artists: he has an incredibly strong sense of melody, writing songs to be sung at the top of your lungs, whether they’re anthems like “The Bottom” or “Stoned,” or dream pop songs like “Caught in the Waves.” Plaskett once again proves his mettle as a producer—as heard on his own work as well as Mo Kenney and others—giving Ellsworth a gritty rock’n’roll backdrop with rich, Big Star vocal harmonies.

Why it didn’t even longlist:

I’d never heard of him. Have you? Let’s all work on changing that.

Conflict of interest alert: Since falling in love with Ellsworth’s music, I discovered that he also fronts a Tragically Hip cover band in his spare time, the Fabulously Rich. So when I bring my book tour east this fall—the Carleton in Halifax on Oct. 13, and the Charlottetown Beer Garden on Oct. 17—they’ll be performing after my talk. (Full list of events here.)