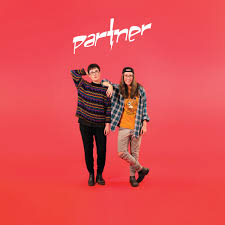 The first song on this Weezer-derived ’90s homage opens with a line about grocery shopping after doing 13 bong hits. Which, even for this here Big Lebowski fan, is a good enough reason to stop listening right away. That’s even before the interstitial skits show up, a relic of ’90s hip-hop for which absolutely nobody laments.

But that’s just me.

This album is here for a reason: people love it. Specifically, people younger than me love it—people who were born in the ’90s or shortly before. It's not like this is a terrible band or a terrible record—far from it. Whereas the likes of me never need to hear another album like this in my life, it does sound fresh for the legalization generation (Rock doesn’t have to be deathly serious! Real live rock bands are exciting! Dual-guitar leads are corny but fun!). It's been suggested to me that because Partner is fronted by two queer lyricists who also shred on guitar goes a long way for the argument that this is much more than a retro rehash. But I’ll just say this: thank God that the almighty Courtney Barnett exists, and that she didn’t decide on her career path after getting too baked listening to Barenaked Ladies. (Pound of salt: I say this as someone who has generational, geographical and social affection for Barenaked Ladies.)

Slim, and not just because I’m a grumpy grampa. It’s just that I’d be downright shocked if any traditional rock record ever won the Polaris again (see also: Alvvays). It’s just so… ’90s. Note: if either this or Alvvays or Jeremy Dutcher wins, it will mark the first time a Maritime artist takes the Polaris. 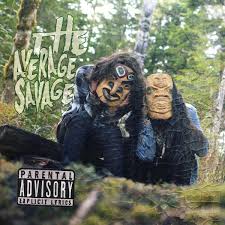 It’s safe to say this one surprised a lot of people by making the shortlist. But that’s only because of its obscurity; it more than deserves to be here. Audacious, modern, funny, explosively political—this is not music for reconciliation, it’s music for confrontation, and it’s stronger for it. It’s also about a lot more than just the lyrics: these MCs have great flow and commanding voices, and the music underneath them overshadows anything coming out of the moroseness of the so-called Toronto sound.

There’s a lot more where it came from: It’s the second of two records they released in 2017 (this came out last September), with a third due in the fall of 2018.

Minor point: I keep hearing the chorus of the track “Savages” as “Sammiches.” Am I the only one? Wait, don’t answer that. I’m probably just hungry.

My July 21 review for the Waterloo Record:

Hip-hop has been popular in Indigenous communities for the past 30 years; just like blues music before it, songs sprung from African-American oppression resonate clearly in persecuted communities here. Until very recently, of course, Indigenous music in general flew under the mainstream radar, and SNRK are the first hip-hop act to ride this new wave.


They’re able to do so for the most obvious reason: they’ve got serious skills, both as MCs and as producers. Rappers Yung Trybez and Young D have both chemistry and charisma, while the beats underneath them draw from Dan the Automator’s work in the early 2000s (Gorillaz, Del the Funkee Homosapien), Kanye West, as well as modern trap.

Other than those objective strengths, it’s the fiery politics here that set this apart from all other rap in Canada in 2018. The SNRK do not mince words: this is a voice of Indigenous resistance. If Tanya Tagaq communicates non-verbally, and A Tribe Called Red is an instrumental act, and Jeremy Dutcher sings in a language only 100 people still speak, then SNRK speak their truth in plain English, and demand that their country pay attention: “Until we cut all the bullshit there will always be three K’s in KKKanada.”  There’s nothing odd about this group’s sudden arrival in the national musical conversation. What’s odd is that they’re the only rap group in 2018 who not only dare to include skits (there are six of them here), but they actually work.

This seems crazy, but these guys could actually win this thing—despite the fact that they were completely unknown outside Indigenous communities a mere four months ago. Again, as with Hubert Lenoir, because this record is so fresh in jurors’ minds—I doubt that anyone who didn’t vote for either spent much time with either record before the shortlist—it might trump familiar sounds in the jury room. And if the francophone Lenoir is an appealing underdog, how about a fiery hip-hop act from Kitimat, B.C.? 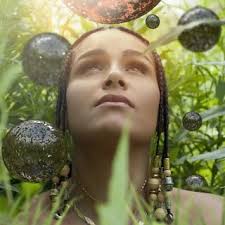 From my Feb. 2 Waterloo Record column:

Zaki Ibrahim is in no hurry. Totally independent, she doesn’t owe anybody anything, and so her pursuit of her art has taken a long and luxurious path, resulting in a new album that rewards the listener who lets it marinate. The Nanaimo-born singer built some buzz in Toronto 10 years ago, then relocated to her father’s homeland of South Africa, where she made 2012’s Every Opposite—an album that landed on the Polaris Music Prize shortlist with no label, no publicist, nothing but a defining statement that placed her at the forefront of electronic R&B, a sound she started calling “sci-fi soul.”

After taking some downtime during which she lost her father and gained a son, Ibrahim slowly pieced together The Secret Life of Planets using plenty of analog equipment. As a result, her record doesn’t fall easily into any patterns or predictable sounds, other than her naturally alluring and commanding voice, which has the carefully controlled skill of a jazz stylist. Her writing is equally open-ended, borrowing from smooth R&B, avant-garde electronics, house music, and sounds she absorbed during her time in Africa; it’s not a combination that delivers immediate pop thrills, but the layers here are what pull the listener back again and again.

Even in a genre in which the most progressive pop music is being made right now, Ibrahim’s unique approach sets her far apart.

No idea, but I’d say it was probably close—there is a lot of love for this record. My only guess is that it split votes with Bonjay, Allie and Charlotte Day Wilson. There’s also the fact that Ibrahim didn’t do a lot of promo upon the album’s release, outside of a CBC session and one gig in Toronto. (Her first-ever Western Canadian tour kicks off the day after Polaris; dates here.) But none of that stopped 2012’s Every Opposite from being propelled onto the shortlist while Ibrahim lived in South Africa, with no label or publicist working her record. No matter: shortlist or not, this album has definitely found the right ears. Be sure to read Anupa Mistry’s excellent review in Pitchfork. 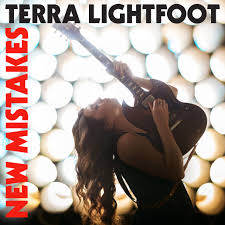 I love this record. LOVE this record. I’m going to be driving around Canada for much of October, and I can’t wait to blast this from my rental car across the Prairies (along with the Dennis Ellsworth album I talked about yesterday).

What’s not to love? Terra Lightfoot, she of the killer guitar chops and soaring androgynous voice. Terra Lightfoot, the songwriter who captures tiny perfect distillations of falling in and out of love, and writes character sketches on par with Lucinda Williams and John Prine. Terra Lightfoot, the band leader whose musicians know when to rock out like a fuzzed-up ZZ Top and when to play with the sensitivity of the gentlest Nashville studio pro. Dig “Pinball King,” obviously set at Ottawa’s House of Targ, for a rollicking rocker. Weep along with “Norma Gale,” about the trials of a single mom from Toronto who made her way to Nashville in the ’70s. Rock along to the Springsteenian song that even features a Jake Clemons sax solo.

Mistakes, new or otherwise? I don’t hear any.

As I’ve made clear in other entries this week, a rock’n’roll band has to be absolutely killer to peak my interest these days. And I keep coming back to Terra Lightfoot, again and again and again.

My guess is that there was only room for one traditional rock record on the shortlist, and this year that went to Partner. Lightfoot slays every single time she steps on stage, but a large part of the hype around her is tied to legacy acts (Blue Rodeo, Bruce Cockburn, Daniel Lanois, etc.—even Willie Nelson last weekend), so maybe this woman in her early 30s isn’t considered “new” enough, or is too old-school to even be retro cool? Whatever. Terra Lightfoot doesn’t need attention from Polaris jurors, when she’s getting showered with real live affection from audiences every single night.

Tomorrow: U.S. Girls, Weaves, and the final two shoulda-woulda-coulda.
Posted by mmmbarclay at 8:05 AM