Predictions for the Polaris Prize, to be handed out Monday, September 19.

The album: Ron Sexsmith has been underestimated his entire life, and so more than 15 years after his major label debut (which was almost dumped before it came out, were it not for the intervention of Elvis Costello), few expected him to come back swinging the way he does here, his fifth truly great record. (The others would be Grand Opera Lane, the self-titled album, Whereabouts and Cobblestone Runway.)

Whether it’s just chance that his songwriting stepped up from his last several lukewarm releases, or whether it was the intervention of producer Bob Rock (who also resurrected The Tragically Hip from a lazy period), Long Player Late Bloomer displays Sexsmith as a master melodicist, a songwriting student of the greats who knows how to use more than just major and minor chords and still sound beautifully simple, and a lyricist with a knack for rhyme schemes and turns of phrase.

He also manages to poke fun at his own underdog, sad-sack status on songs like the title track, "Believe It When I See It" and "Get In Line" (“If you’re bent on bringing me down/ take a number and get in line”), and he does so without ever being maudlin or overly self-referential; any specifics in Sexsmith’s songs are easily applied to the universal, like the hard-luck narrative "Michael and His Dad."

There are plenty of reasons why Sexsmith’s songwriting heroes sing his praises, and why young artists want to work with him: he knows his craft inside out, and here he’s largely on top of his game. I only say “largely” because the last five of these 13 tracks drag the momentum down to a crawl; among this album’s many strengths, sequencing is obviously one of them.

Trivia fact: Not only is Sexsmith the oldest artist on the list, he’s also the only one on a major label.

The chances: Slim. While this is undoubtedly Sexsmith’s finest work in almost 10 years, which is why it deserves to be on this list, the final third doesn’t hold up. Also, I’d be shocked if a Polaris jury went for something this conventional, conservative, straightforward and pretty. 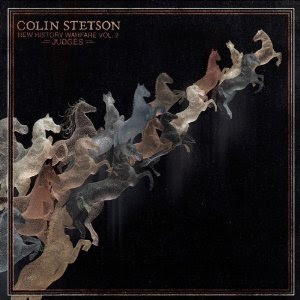 The album: Here it is, the weirdo whipping boy of this year’s Polaris prize. This is the album that people point to and start talking about what a “weird” shortlist we have this year, how Polaris can’t ever possibly be a populist prize (hello, Arcade Fire?), and how critics are obviously a snobby bunch who reward technical accomplishment and artistic adventure over music that anyone would actually want to listen to. On the flip side, you have critics patting themselves on the back ad nauseum for rewarding such obviously uncommercial music in a fit of self-congratulatory frenzy.

The best quip so far about this dilemma comes from Aaron Brophy of the late Chart Attack, saying the task for jurors was to “debate whether Colin Stetson's work constitutes sonic beauty, or the equivalent of punching a goose in the chest and then recording and looping its death wheezes.”

If you don’t know by now, Colin Stetson is an in-demand sideman (Arcade Fire, Bell Orchestre, Bon Iver, Tom Waits) who not only plays solo saxophone (the bass saxophone, mostly, a behemoth of an instrument), but he plays every single part of that saxophone: the clicks, the clucks, the thucks, the what-the-fucks, often while singing through it at the same time. He accomplishes all this through circular breathing, and there are no overdubs or loops on the album at all, other than vocals from Laurie Anderson (with whom Stetson has toured) and Shara Worden (My Brightest Diamond). Contrary to popular belief, his music is composed, not improvised—and therefore it is not “free jazz,” which it is often referred to as.

There’s no question that what Stetson does is unique, even though other people have used aspects of his technique before. And the production is astounding, the way the engineers (including Godspeed’s Efrim Menuck) capture every intimate sound emerging from Stetson’s body via the saxophone. (I’d argue that the reason other avant-garde records don’t reach a mass audience is not inherently the content, but because they don’t sound as fabulous as this record does.)

But is it any good? Of course it is. It’s alternately subtly evocative and overwhelming. It’s both meditative and assaultive. Its undulating arpeggios lull the listener any which way Stetson wants us to go, tiny melodies emerging from the waves and beckoning us to listen just a little closer. It’s an album that, unlike every single pop record that’s ever been on this list, doesn’t tell you what to think; your experience with it will change every single time, depending on your mood, your environment, and your sound system.

The only major drawback is that yes, it is repetitive and can sound like a one-trick pony. But what a beautiful pony! What an amazing ride!

And there, folks, is the cheesiest thing I’ve said about any record all year, perhaps any record ever.

For shits and giggles, read my in-depth interview with Stetson here, conducted before anyone thought this would be anything more than another weird Montreal record on Constellation.

The chances: Slim, for all the obvious reasons. But if for some reason he did win it, he’d be the first American artist to do so: Stetson was born and raised in Michigan, started his career in New York City and San Francisco, and moved to Montreal to live with Sarah Neufeld of Bell Orchestre and Arcade Fire.

The album: (partially poached from my September 2010 review) Disaster Fantasies displays Martin as an ambitious singer/songwriter with a knockout voice and the ability to corral her artier tendencies into a commanding power pop band; it’s an album that works on an entirely visceral level, with no shortage of catchy earworms and bold rock guitars. And yet there are tonnes of tiny tasty bits in every corner, whether it’s Rheostatics guitarist Martin Tielli noodling noisily underneath “I Know Dullness,” Laura Barrett’s kalimba on “News of Her Death,” or Martin herself playing wine glasses or tapping the loose end of a plugged-in patch cord as part of a rhythm track. Producer Chris Stringer (the D’Urbervilles, Timber Timbre) helps Martin paint vivid sonic portraits and brings the entire project into clear focus, amplifying the rock elements and leaving space for acoustic intimacy (“Throw Me in the Water”).

Though she pulls of power pop with aplomb—the “Misty Mountain Hop” vibe of “No Form,” the Cheap Trick nod on “The Hottest Day,” the direct influence of the Rheostatics on “I Know Dullness” (Martin has collaborated with that band often, and this album features engineering and mixing from Michael Philip Wojewoda)—it’s the ballads where she shines the strongest: “Throw Me In the Water,” “Breathe In” and “Always On My Mind” all candidates for song of the year.

Why it didn’t make the shortlist (or long list): An independent release with mostly local publicity, it likely didn’t have enough national traction to make an impact, despite the best efforts of Robert Everett-Green of the Globe and Mail, who wrote this article and several other laudatory pieces. Or maybe writers weren’t intrigued by an album with a song called “Rape During Wartime”? 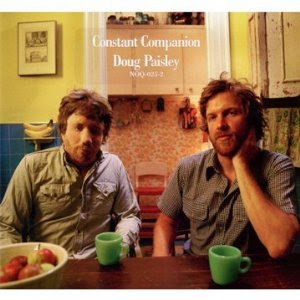 The album: There was no better album for taking to a Canadian cottage this year than Doug Paisley’s second release: the songs, all anchored by Paisley’s warm acoustic guitar, all sound like campfire singalongs and lullabies; Garth Hudson of The Band can be heard noodling tastefully underneath many of the tracks; the drums sound soft and gentle, like there are pillows over the snare and every tom; the harmonies between humble-voiced Paisley and Jennifer Castle sound like a veteran couple who grew up singing “Four Strong Winds” together.

So he has a late-night soft-rock vibe down to a T—so what? So do several dozen other Canucks plugging away. The difference with Paisley is all in the songwriting: every single song here sounds like a Gordon Lightfoot classic or a Townes Van Zant greatest (non-)hits package. The arrangements are impeccable: there’s never too much or too little going on; every note is just right.

When Paisley blows up large, expect thousands of people to claim they were on to him first.

Why it didn’t make the shortlist: While it’s great that Ron Sexsmith made it, it’s a shame there wasn’t room for more than one singer/songwriter, because Paisley’s album is nothing short of perfect. This came out on a tiny American label (not even one known for singer/songwriters; most of its acts are psychedelic rock) and caught traction slowly and by word of mouth. Its initial appeal was primarily a Toronto-only phenomenon; the album was re-released by Maple a few months back, and expect his next record to get a much bigger push.