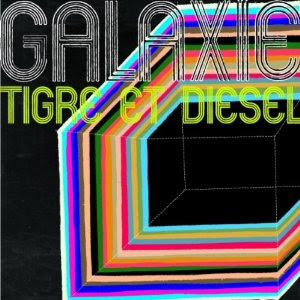 The album: Only in Quebec would a band think to match ’70s blues rock with electro beats and shades of Krautrock. And only in Quebec could such a band make it work so brilliantly as Galaxie does. Every wonder what it would sound like if Quintron produced a collaboration between ZZ Top and Neu? No, I hadn’t either. But thank God it exists.

Though this is one of the more obscure albums on the list, it most certainly does not deserve to be. Anyone who thinks this was an oddball addition to the shortlist quite obviously hasn’t ever listened to it. Tigre et Diesel should be heard on classic rock stations across the country, be blasting out of cars at the beach, and soundtracking your next backyard BBQ. It’s sweaty, it’s sexy, and it’s built equally for fist-pumping, disco dancing and spacing out. Just another night on St. Denis, really.

This is one of only two francophone albums to ever make a Polaris list that I can completely get behind (the other was La Patere Rose, long listed two years ago, and I’m still disappointed that Pas Chic Chic was completely ignored by Polaris jurors several years back—and everyone else, it seems). Bandleader and singer Olivier Langevin makes you instantly forget that old adage that I heard a French actor repeat on stage at TIFF this week: “French rock’n’roll is like English wine.” Not anymore it’s not.

The chances: Slim. I’m going to assume there will be an unspoken, unconscious bias in the jury room against awarding the award to a francophone band two years in a row. But just being on the shortlist is a major coup for this band; hopefully they’ve been able to translate it into wider exposure and bring the rock to TROC. Watch them slay on gala night. 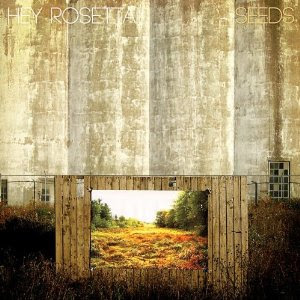 The album: Can someone explain to me the difference between Hey Rosetta and Hootie and the Blowfish?

I’m not being facetious here. I really don’t get it. There’s something patently offensive to me about a band being emo and intense about songs that really don’t deserve it. I like the music they aspire to make—there are nods to Arcade Fire’s more blustery moments here. Not that it works, though, nor do the artier moments that sound like a poor man’s Karkwa. You can’t build to a climax without any tension or road map to a big finish. The string section is a part of the core band, but they sound grafted on to everything and not employed particularly effectively. Don’t get me started on the track with the Inuit folk singers, which seems to have been concocted at some CBC Radio 2 programming meeting (not terrible in principle, but horribly executed).

The chances: In a year with so much heavyweight talent, I’m going to have to say slim. And if this wins, I’m going to start throwing tables. 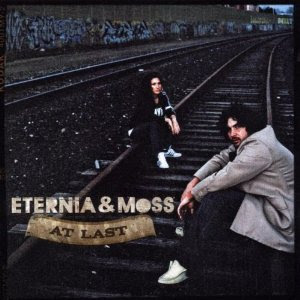 The album: “They tell me that I’m too late / too wordy / too white.” Well, whoever “they are,” they’re dead wrong. Ottawa MC Eternia has been around for the better part of a decade, but this is as good an introduction to her work as any, and the title (apologies to Etta James) is more than apt—this is easily not only a personal best, but the most gripping hip-hop album released in Canada in the last year.

With stunning, raw backing beats from MoSS (Raekwon, Ghostface Killah), drawing from ’70s funk and film soundtracks—and bearing the obvious influence of his highest profile fan, Gang Starr’s DJ Premier—Eternia’s furious flow spins mostly autobiographical tales. And she has more than a few stories to tell: abusive father, restraining orders, shotguns, alcoholism, sexual assault, Catholic redemption … you name it, she’s lived it and come through stronger. This isn’t a confessional or just about one woman’s pain, however; Eternia is engaging and dynamic throughout, and earns every bit of her braggadocio by outshining high-profile guests like Rah Digga and Maestro Fresh Wes.

Why it didn’t make the shortlist: Eternia is pure, raw hip-hop, unlike the likes of Shad, K’naan and K-OS, who all balance their beats with acoustic guitars and pop songs. That puts her in a uphill battle for crossover appeal, yet anyone who’s ever loved hip-hop can appreciate the mastery at work here. Again, in a less competitive year, she’d likely have had a better shot. 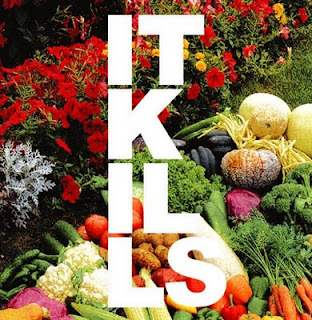 The album: This was the most pleasant surprise of the 2010/11 Polaris fiscal year, a Halifax trio who sound alternately like a string quartet, a chamber choir, and a small ensemble scoring a Hal Hartley film. Fans of early 4AD recordings (This Mortal Coil) will find plenty to appreciate here, as will people who appreciate the Constellation Records roster but don’t feel like slitting their wrists on a regular basis. While It Kills do have their somber, morning-after-the-apocalypse moments, they’re never dour or outright depressing; there’s a lot of sunlight breaking through that Halifax fog here. They’re incredibly evocative, and, being a trio, are capable of making a lot out of very little—which every decent film composer knows how to do. They’re not invited to the Polaris gala in Toronto at the end of the month, but if they’re smart they’ll be slumming around TIFF this week trying to get some gigs.

Why it didn’t make the shortlist (or long list): Because no one’s ever heard of them. And they’re from Halifax.

Posted by mmmbarclay at 9:20 AM