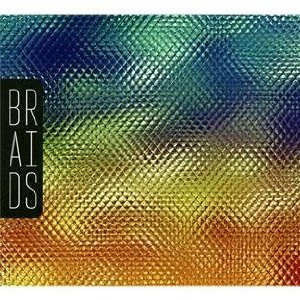 The album: The second debut on the list, this also acts its age. This Montreal-via-Calgary quartet are in love with sound: with synth textures, with the sound of their full-throated vocals, with the possibilities of pedals and studio tricks, with interlocking rhythms. They’re young enough—all in their early 20s—that one has to wonder if they’ve ever heard the Cocteau Twins, the Sugarcubes, or African records that may have influenced some of the guitar patterns here.

They may be youthful ingénues, or they might know exactly what they’re doing every step of the way. Who cares? The more mystery, the better, and this band is full of it. Braids sound like they all learned to play their instruments together as childhood friends in Calgary before moving east to Canada’s cultural mecca and commiserating with fellow freaks there. Unlike most bands with too many ideas, Braids know their breathing exercises and allow plenty of space for everything to float perfectly in place.

While they may sound like a breath of fresh air, however, they are undeniably, well, airy. As lovely as their ethereal approach may be, it rarely transcends the initial moment. Every time I think of Braids, I can never remember what they sound like. While listening to the album, I hear new things all the time. When it’s over, I forget all about it.

There’s something to be said for that tabula rasa experience of listening, and it’s either the best thing or the worst thing about Braids. I can’t decide. But I do know they’re going to make much better records than this one, especially after the relentless road trip they’ve been on since this album’s release in January.

The chances: Strong. Braids’ originality gives them an edge over everyone else on this list, which past Polaris behaviour has rewarded (Final Fantasy, Patrick Watson, Caribou, arguably Karkwa). 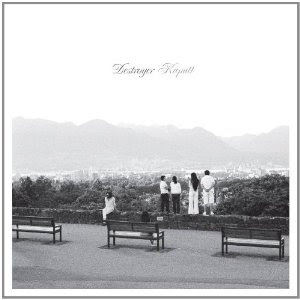 The album: I was ready to give up on Destroyer completely until Dan Bejar made this record. That he managed to pull this off is nothing short of astounding. Is his embrace of ’80s smooth-jazz-inflected AOR ironic? That’s the immediate assumption with something this cheesy (this video didn’t help the discussion). But Bejar takes this way too seriously to be any kind of joke, as is evident in the incredibly precise attention to detail to every element of the soundscapes here.

The saxophone, synths and trumpet get most of the attention—I think they’re lovely and used tastefully and effectively, but more than a few would disagree with me—but the longer I listen to this album, the more I fall in love with the guitars: the finger-picked rhythm guitar that’s particular to ’80s pop, and the processed lead guitar that plays call-and-response with the vocals, popping up randomly and sometimes fading into the background in the middle of a phrase.

Destroyer—the band itself, not Bejar—has been getting increasingly textural on recent albums, most of the time completely overshadowing Bejar’s actual songs and vocals. That reaches full fruition here, and now, for the first time in years, Bejar doesn’t sound like he’s battling his own band. Everyone here is in the same boat. Specifically, the same cruise ship in the Caribbean. Sipping the same daiquiri.

Drawbacks: “Suicide Demo for Kara Walker” and “Song for America” are far too similar to each other, although each is lovely on its own. The 11-minute ambient techno of “Bay of Pigs” is likely a stumbling block for some, but it’s a gamble on Bejar’s part that works.

Everything else I have to say about this album is here.

The chances: Fair. Destroyer has always been divisive, to say the least. Few people hear a Destroyer album and say, “Yeah, I guess that’s okay”—although this, being his most approachable work, might win him some soft votes. But if he wins, it will be because he comes up the middle of an otherwise split vote (say, Arcade Fire vs. Braids), not because he convinced everyone in the room that this is the album of the year. More than a few people hate this album for its sonics alone, before they even get around to dealing with Bejar’s poetry. 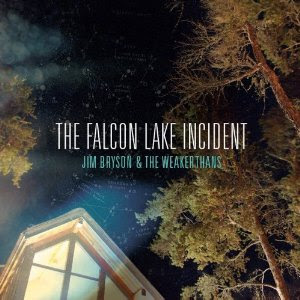 The album: As much as I love this album, as much as I often reach for it over breakfast or before bed or as driving to the cottage or as I “watch the clouds collide and cover up the setting sun,” I have a lot of trouble writing about it. Some things just feel right; they shouldn’t require any explanation. They just are. But here goes.

Bryson writes deceptively simple songs with sparse arrangements, all the colour and shading employed extremely subtly, and his voice rarely rising above an intimate whisper even on his most upbeat songs (of which there aren’t many). He rarely strays from a CanRock template of 4/4 electric folk rock with chugging guitars, and yet he never sounds lazy. Likewise, the Weakerthans are a band that in many ways rely on little more than three chords and bare-bones punk/folk arrangements, and yet there are so many small treats in the tiny details of their recorded works that set them apart from almost anyone else attempting something similar, to say nothing of John K. Samson’s lyrics.

Bryson is not in Samson’s league as a lyricist—to be fair, extremely few people are—but they share a love of tiny observations that speak volumes about the characters and situations in the songs. And so Samson’s band are used to colouring his sketches musically in ways that the listener barely notices; they do the exact same thing for Bryson here, to great effect.

Why it didn’t make the shortlist (or the long list): As good as Jim Bryson is, it’s hard to come up with hyperbolic adjectives to describe his music (see above). And so if you haven’t already slowly fallen in love with the guy over a series of albums, it’s hard to rally the troops and wave the flag excitedly for one of his new records—even if he has an all-star backing band, as he obviously does here. 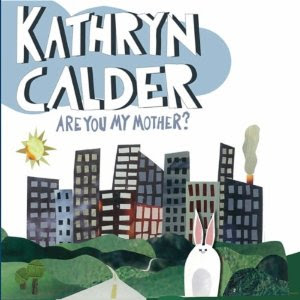 Kathryn Calder – Are You My Mother? (File Under: Music)

The album: This is the first solo record for Calder, who is a keyboardist and vocalist in the New Pornographers, and used to help front a trio called Immaculate Machine when she was barely out of high school.

This album was written while her mother was dying, and while that is a theme here, you’d never know it unless she’d advertised the fact. There’s nothing morbid about this at all. Calder is no slouch as a lyricist, but her wordless choruses speak volumes. On “Down the River,” she sings about saying “your goodnights and goodbyes” over a slow pulse of piano and cello, and eventually a gradual crescendo of snare drum, until at the 2.5-minute mark a huge chorus of la-la-la’s comes crashing in sounding like the most joyous, triumphant sendoff any mortal soul could hope for. I’m not sure that song is actually about death, but “Slip Away” certainly is, and features a similar structure that climaxes in a divine “ooo-ooo” chorus that’s one of the most anthemic hooks on the record.

Mother is melancholy at times, absolutely, but no more so than anyone else. For every mid-tempo moment, there’s a rousing rocker like “A Day Long Past Its Prime” or “Castor and Pollux”—or songs that do both, like the stunning “All It Is,” the kind of song U2 wishes it could still write (I mean that in the best possible way, as one of the few music critics I know who doesn’t loathe U2).

More than anything else, Calder has made a beautiful record: there’s her pitch-perfect choirgirl voice, of course, but the instrumentation is impeccable, imbued with a lush West Coast vibe that colours every guitar line, every touch of reverb, even the background ambiance of birdsong on “So Easily.”

When I first this record in August 2010, I thought it was pretty good, and better than I expected, and I wrote a lame review extolling one or two of its virtues and making obvious comparisons to her boss (and uncle) Carl Newman. But in the months that followed, various hooks from various songs kept reappearing in my head even if I hadn’t heard the album in weeks. Eventually, I started listening to it obsessively. I still am. You should too.

Why it didn’t make the shortlist (or the long list):

That this album mostly ignored, in Canada and everywhere else, is to me the single biggest crime of the music business in 2010. It came out last August, and so even had almost a year to register with critics and rally support. Alas, it did not.

Calder’s new album is out this fall. I haven’t heard it yet. If it’s anywhere near as good as this one, I’m going to be talking about it incessantly until everyone actually listens to it and it wins next year’s Polaris.

Posted by mmmbarclay at 6:20 PM

Kathryn Calder's album didn't make much of an impression on me at first, beyond being sweetly melodic and pleasant pop. But it is indeed a real grower that just quietly and unassumingly sneaks up on you until you've fallen ass over tea kettle for it. Definitely one of the big oversights of this year's shortlist.

abso-fucking-lutely agree with you about Kathryn Calder.