In its early days, Polaris was often slagged as an indie rock prize, which is not entirely unfair. More accurately, it often featured records that were unknown to mainstream listeners and unheralded by gatekeepers. Sure, it’s been won by the likes of Arcade Fire, Feist and Buffy Sainte-Marie, but most shortlisters still draw blank stares from lay people. This year in particular is a real head-scratcher for the uninitiated, with only pop star Jessie Reyez considered a “name,” despite the presence of three previous winners (Caribou, Kaytranada, Lido Pimienta). It’s also a head-scratcher, as it usually is, for people who wonder if all Canadian music comes only from Montreal and Toronto.
It’s also a head-scratcher for me, as a long-time juror, as none of the five albums on my initial ballot even made the long list—a first for me. Of the long list, I thought there were a lot of good records on there, some promising debuts, and only a few stinkers; I certainly didn’t have trouble filling my second ballot. But I don’t love anything on this year’s shortlist; the records I like the most are either by artists whose earlier records I prefer, or by very promising new artists I think have yet to make a masterpiece. There are only two records I actively dislike, and one I just find disappointing. I don’t really feel I have a horse in this race. So all bets are off.

My annual five-part look at the shortlist examines two records a day, plus two personal picks from the qualifying period, and this year--as the prize gets older and still skews young—I’m including one veteran artist each day whose latest work risks getting lost in the shuffle.

This year we’re going in reverse alphabetical order, because, hey, everything else about 2020 is upside down.

The winner this year will be announced on Monday, October 19 in a televised ceremony featuring 10 commissioned short films, airing on CBC Gem, YouTube and social media. 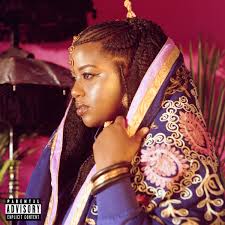 
The album: “Bow down to queen,” demands Ayo Leilani on her second album as Witch Prophet. As we should: DNA Activation is a completely captivating, entrancing journey through trippy soul with an Eritrean Erykah Badu bent. Jazzy vibes, deep grooves and synesthesiac textures abound, creating a sonic splendour in which it’s easy to get lost. Leilani’s vocals aren’t a focus as much as they are a centring guide, a soothing presence asking, “Where do we go from here, when the whole world is falling?” Karen Ng’s saxophone plays a key role on three of the 10 tracks, indebted to Ethio jazz. “Makda” comes off like a trippier Dan the Automator. Everything about DNA Activation is a huge step up from her promising debut; its only real drawback is that it’s incredibly brief: 10 songs in 24 minutes. As an album prize, Polaris allowed EPs to be eligible in recent years, which makes a lot of sense given the way a lot of music is released these days. Still, though DNA Activation is nothing if not consistent in both mood and quality, I’d love to hear something longer and more diverse from Witch Prophet. In the meantime, I’m just excited she made the shortlist. This was on my ballot.

The chances: Depends on how much psylocibin is consumed during the process of jury deliberation. But I’d say fair to good.
Bandcamp here. 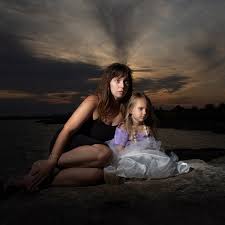 U.S. Girls – Heavy Light (Royal Mountain / 4AD)
The album: This was recorded by humans in a room together at the same time. Crazy, right? Meg Remy and her circle are politically progressive but have decidedly old-school beliefs when it comes to musical chops: you should be able to play, you should be able to play well with other people, and no amount of multitracking can substitute for the sound of amazing singers surrounding a microphone in real time. As a grumpy old man entering his “jazz years” when I first heard Heavy Light, this concept was very appealing to me. As a lonely man in the middle of a pandemic, this appealed even more, for obvious reasons.

Curmudgeonly philosophy aside, this record succeeds for several reasons, on several levels. It aims to be a What’s Going On of this generation: lyrics that address personal and systemic pain, enveloped in melodies, grooves and arrangements that seek to soothe rather than confront. “You gotta have boots, if you wanna lift those bootstraps,” goes the opening track, addressing historic economic inequality in the guise of a sweet soul song. “Overtime” is a first-person song about a widow discovering that her overworked husband drank their savings away. “Born to Lose” could be a Sarah Kendzior or Barbara Ehrenreich book about American decline in a torch-y song with a choral chorus, set to ’50s lounge exotica. A Latin excursion on “And Yet It Moves / Y Se Mueve” works surprisingly well—or, not so surprising at all, considering the calibre of musicians involved. The entire record is lush and expansive, and yet always in subtle ways; this is not a record that wants to show off, it wants to draw you in.

Remy has a lot of top-shelf help here: Basia Bulat, Arcade Fire’s Tim Kingsbury, partner Slim Twig, the band Ice Cream, future superstar James Baley, the E Street Band’s Jake Clemons, the underrated Geordie Gordon and Michael Rault, engineer Howard Bilerman, and vocal arranger Kitty Uranowski. It’d be hard to make a bad record with those people in the room. But with Remy at the helm, the result is an instant classic.

The chances: Good. This is my personal favourite on the shortlist, even though I enjoy it slightly less than 2018’s In a Poem Unlimited, which was my hands-down pick that year (though I also love Jeremy Dutcher, to whom they lost, so I’m not complaining)—in fact, that is one of my favourite records of the last 10 years. Meg Remy is in her prime; hopefully the first wave of many in a long career, but there’s no denying the winning streak she’s on right now. In the past I would have said that her inclusivity—drawing many other talented artists into her sphere and letting them shine—would help her chances at Polaris, but I’ve been proven wrong on that in the past (A Tribe Called Red). I’m also skeptical that a musically conventional pop record based on ’70s rock has a winning chance in 2020, but who knows? It worked for Buffy Sainte-Marie (one of only four times in Polaris history my personal favourite was the winner). Whether she wins or not, Remy has now had her last three albums shortlisted, and delivered two of the most memorable performances in Polaris history, no small feats on their own. 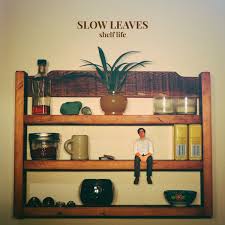 Slow Leaves - Shelf Life (Birthday Cake)
The album: I’m a middle-aged white dad who doesn’t listen to a lot of middle-aged white dad music (or so my crippling sense of self-importance has led me to believe). So if you’re going to play acoustic guitar in a roots-rock or folkie vein, something’s gotta jump out of the mix. In the case of Winnipeg’s Grant Davidson, a.k.a. Slow Leaves, it starts with his voice: a gorgeous quiver that sounds like it’s from a long-lost ’60s folk classic. Then there’s his guitar playing, with a lot more delicate finger-picking than your usual strummer. Finally, the songs are all solid as a rock: a bit Jim Cuddy, a lot of early M. Ward, a little L.Cohen (musically) and a whole lotta Lightfoot.

Why it didn’t even longlist: The obvious answer would be “Winnipeg” (which is what people from Winnipeg will be quick to tell you). But this year Winnipeg actually did pretty well, with Begonia, William Prince and Super Duty Tough Work all making the longlist. The other answer would be: middle-aged, sensitive guy you’ve never heard of before, singing rootsy music that sounds like Gordon Lightfoot—that doesn’t fly at a lot of story meetings. Just ask Doug Paisley.
Bandcamp here. 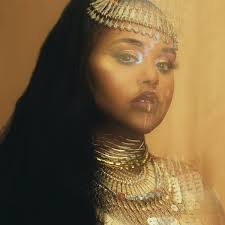 The album: Psychedelic beat science from Somali-Canadian producer Muxubo Mohamed, who doesn’t fit any easy profile: there are elements of hip-hop, techno, jazz, soul, Madlib fuckery and Flying Lotus-level interstellar travel, but this sounds like a unique voice at the beginning of her journey. I’m also curious to hear more from featured vocalist Yourhomienaomii, who’s sadly only featured on one track (“Don’t Blame Them”).

Why it didn’t shortlist: Frankly, I’m amazed that it made the long list, considering its low profile. But more power to her. I’m just glad she’s no longer a stranger to the larger world of Canadian music, and that getting on the long list opens a lot of doors.

Her Bandcamp is here. 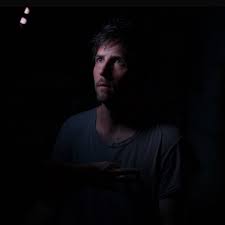 Owen Pallett – Island (Secret City / Domino).
This album had a surprise drop a few days before the ballot deadline, so it’s a small miracle that it squeaked on to the long list. But Pallett, who won the first-ever Polaris in 2006 under the name Final Fantasy and has been shortlisted twice more, is the type of artist who can be out of the public eye for six years and still command attention, and I would not have been surprised if he vaulted onto the shortlist. Island is much more focused on acoustic guitar than anything he’s done since his first band, Les Mouches (who reunited this year, pre-pandemic, for a one-off show). It’s an album of quiet intimacy; the orchestrations rarely take centre stage, and when they do they are often glacial and majestic, evolving drones that open up the sonic space. It’s a meditative record of pain and redemption, of self-loathing and forgiveness: “You don’t need to die to be forgiven.” Pallett’s previous records usually had a couple of pop songs; this does not. It’s a record easily lost to short attention spans and shortlists. It’s Owen Pallett, a man always worth your time.

Tell me this isn't the greatest pandemic video made in the first three months of lockdown: