The winner this year will be announced on Monday, October 19 in a televised ceremony featuring 10 commissioned short films, airing on CBC Gem, YouTube and social media.


Day 1, looking at Witch Prophet and U.S. Girls, is here. 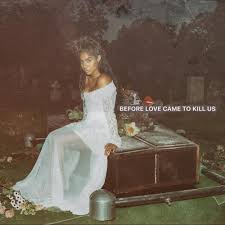 Jessie Reyez – Before Love Came to Kill Us (FMLY / Universal)

The album: The only superstar on this list, Reyez has also been a critical favourite since her debut EP, for obvious reasons: her singing voice, her rap flow, and her charismatic audacity. This is her first full-length, and it comes with enormous expectations.

Nobody cares what I think of Jessie Reyez, and nor should they. For what it’s worth, I thought the Kiddo EP was one hell of an introduction, and she hasn’t topped it yet. Her breakout hit was “Figures,” which reappears here for no apparent reason, and most of the better songs here adhere to the same formula: ballads, often waltzes, in which Reyez has a tendency to over-emote and pull off the biggest aural pouts since Corey Hart. The title track works; “Worth Saving” is, uh, not. When she goes back to club tracks like “Dope,” they sound forced (exception: “Roof”).
“Coffin” is an album highlight, a 6/8 bluesy ballad with one of Reyes’s finest vocal performances, until Eminem shows up to take a massive misogynist shit all over it. What the fuck is he doing here? She doesn’t need that prick. Her own machismo can be downright embarrassing: “If I blow your brains out, I could kiss it better.” Really? Some of the left turns work best of all, like “Intruders” and “I Do.” But what’s up with the atrocious autotune on “La Memoria”? It’s not like Reyez isn’t an amazing singer (see: “Love in the Dark”).

I’d love to love Before Love Came To Kill Us, but it’s all over the place, and not in a good way. I realize how patronizing and perhaps sexist it is to say about a successful artist like Reyez that she has yet to come into her own, but I’m still waiting for her to deliver a great album. Her debut full-length is not it.

The chances: Fair. On an entirely personal note, this album came out the week of the lockdown, and it was absolutely not the kind of music I wanted to hear at that point in time. The very first lyric is, “I should have fucked your friends”—wait, is that even possible anymore? But both this and the new album by noted misanthrope the Weeknd (released a week earlier) obviously had no problem finding their audience in the coming apocalypse. But I’ll admit that if I was in the jury room, I’d have a hard time giving this album a fair shake in 2020. It sounds like an odd time capsule from the Before Times. 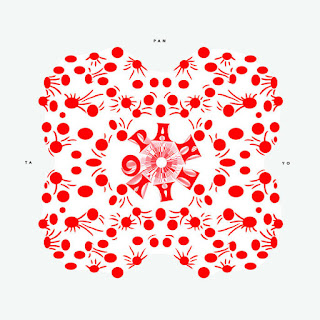 The album: All critics—okay, the best ones—are suckers for something they haven’t heard before. We’re curious people (ideally). And it’s safe to say that few people, if anyone, in North America has heard a band like this, which combines traditional Filipino percussion with modern R&B and pop. Producer Alaska B (Yamantaka//Sonic Titan) ensures everything sounds rich, thick and totally pro: deep grooves over which the Moondog-ish metallophones and other kulintang percussion sparkle with life. If this were just a novel and evocative instrumental record, it would already succeed, but these women are also great singers: check out the sultry soul ballad “Desire,” which absolutely could and should be a pop hit. The brooding pulse of “V V V” is a 2020 anthem (“They lie / they will never tell the truth”). “Heto Na” and “Taranta” have some serious ESG vibes, while obviously sounding nothing like them.
If the Polaris was awarded on originality alone, this would be a shoo-in. My only criticism is that there’s a bit of debut-itis; as good as this is, I’m pretty sure it’s only the beginning. But even if this is all we ever hear from Pantayo (and I have no reason to suspect this), it’s more than enough. I’m so happy this band exists, that this debut record got made the way it did, and that we’re talking about it on the Polaris shortlist.
Bandcamp link here.

The chances: Good. It’s certainly as strong as the best albums on this list, and the underdog story might help them in the subconscious minds of jury members. Do not be remotely shocked if Pantayo wins this, putting them in a fine Polaris tradition of left-field winners. 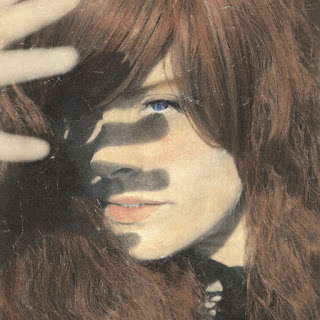 The album: Writing political pop music is one of the hardest tasks as a songwriter. It’s incredibly easy to fall flat on your face, deep in name-calling and juvenile call-outs. It’s also incredibly easy to be so incredibly vague as to be completely irrelevant. Little Scream’s Laurel Sprengelmeyer avoids all those pitfalls here. First of all, she clearly puts the music first: all these songs are sparkling pop constructions, with exemplary players; there’s a lot of Fleetwood Mac and Prince lurking between the layers. At least half this record sounds like a greatest-hits collection by a ’70s legend. What elevates Little Scream is her lyrical approach: on tracks like “Disco Ball” and “Privileged Child,” her characters “bear the dead weight of a dream,” living in late-stage capitalism, longing for a basic luxury like their own washing machine (the title track), dealing with post-decadence regret (“No More Saturday Nights”) now that the stakes are higher than they’ve ever been (“Dear Leader”). Sprengelmeyer writes vivid portraits with a universal ring, and the fact that she does so on top of such lush and glorious songs makes it all that much better.

Why it didn’t even make the long list: From what I can tell, this record got reviewed in Exclaim, had an article in the Montreal Gazette—and that’s about it. Radio silence. Why?! Musically, it’s not that far removed from U.S. Girls, and it’s just as intriguing lyrically, so it’s not like she’s out of step and out of time. Little Scream has been around a while; her 2011 debut made the long list, though she only surfaces every few years. As much as I love this record, I will admit that it was a bit of a grower. But once it clicked, I started playing it every day for a month. These hooks are deep. Nobody heard this record. Did you hear this record? Go listen to this fucking record. 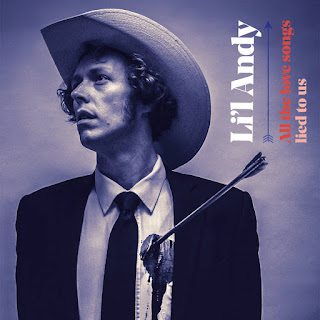 Lil Andy – All the Love Songs Lied to Us (independent)

The album: “All the love songs lied to us, except the one you’re hearing now.” I’m not in a mood to trust anyone these days, so I appreciate Lil Andy’s chutzpah and his honesty. I also appreciate what a phenomenal collection of songs he’s written, and I appreciate the ace players he gathered to play them, and I appreciate that he’s given me a reason to love a straight-up country record again, which is not something I’ve done in a long, long time (though the new Brandi Clark is pretty good, and I have to admit I haven’t spent a lot of time with the new Corb Lund). I’ve written before that Lil Andy sounds like what would’ve happened had Leonard Cohen stuck with the Buckskin Boys in his early Montreal days. Having followed Andy’s work for many, many years, I can confidently state this is the best thing he’s ever done.

Why it didn’t even longlist: It’s a country record from Montreal. Enough said. Do jurors hang out at the Wheel Club? I'm guessing no. Not a lot of roots-y music on the long list, outside of Andy Shauf, Joel Plaskett and William Prince. But: seriously? Jurors think longlister and fellow folkie Montrealer Leif Vollebekk is a better songwriter than Lil Andy? I bought a vinyl copy of this after accosting Andy in the Montreal metro system last winter. But you can just go listen to it here.

New Pornographers – In the Morse Code of Brake Lights (Collected Works)
It's so easy to take this band for granted, 20 years in. I'll admit that I did that when this album came out in August 2019; I know the formula, I know what to expect. But it's a grower. Just as Carl Newman and company did on 2014's surprise shortlister Brill Bruisers, this record stands out as one of the best that anyone on here, including Neko Case, has ever been a part of. (FWIW, there's no Dan Bejar on here, though he co-wrote the single "Falling Down the Steps of Your Smile.")
It marks the official debut of touring violinist Simi Stone, who adds welcome orchestration; there are also appearances by Vancouver string quartet Strength of Materials (who made a full-length collab with Ford Pier), who bring glorious colour. The keyboards and synths, handled entirely by Newman and Kathryn Calder, are rich and lovely, not unlike those heard on Newman's highly underrated 2012 solo album Shut Down the Streets. One of the biggest challenges this band has always faced has been balancing moods and textures, if only because they do big, dense, pop-rock songs so well. Here, tracks like the sparse "You Won't Need Those Where You're Going," "Opening Ceremony" or the slow, choral build of the bitter "Higher Beams," are album highlights that don't for a second distract from the sugar highs.
This marks the first time the New Pornographers have failed to at least make a Polaris long list, which is a) good for Polaris, to make way for new blood, but b) underrates these vets at a time when they sound as good or better than they ever have. I'm sad I didn't get to see this record performed live.

Posted by mmmbarclay at 9:49 AM